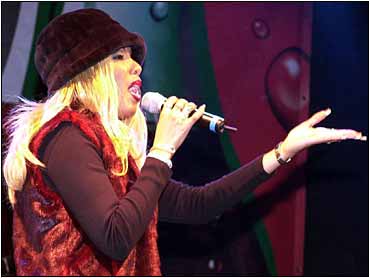 Swiss aviation investigators sifted through the wreckage on Monday of a Crossair regional airliner for clues on why it crashed on approach to the Zurich airport this weekend, killing 24 of the 33 people aboard.

Helicopters circled over the crash scene to take pictures of the wreckage and surrounding area, while dozens of investigators tramped through the woods to look for tiny bits of debris that could shed light on what caused the plane to go down.

They appeared already to have all but ruled out foul play, but Saturday's loss of the 97-seat RJ-100 jet was still a blow to an airline industry struggling to regain passenger confidence after the September 11 hijack attacks in the United States.

Both the flight data and the cockpit voice recorders were quickly retrieved from the wreckage in the snow-covered woodland. The voice and flight-data recorders from the plane were being sent to Paris for examination in the presence of a neutral investigator, the officials said.

Officials said it could be Tuesday before they were fully analyzed. They were hoping to clarify why the 57-year-old pilot, one of Crossair's most experienced captains, flew so low in a snow shower. He and the co-pilot died.

The mass-circulation daily Blick said Monday that the pilot, a professional for 22 years, was an expert at flying in poor visibility. Five months ago he was trained to fly the small four-engine jetliner after piloting a smaller, propeller-driven commuter airplane, Blick said.

Flight LX3597 from Berlin went down late at night and in bad weather two miles short of Zurich airport. On Sunday the airport closed runway 28 where it should have landed.

The approach, over wooded hills to the east of Zurich, is used late at night for flights coming from Germany and lacks the precision Instrument Landing System which the other two runways have and which provides information including altitude.

"Landing there at night in bad weather is as demanding as driving a car with only a handbrake," pilot Bruno Dobler was quoted as saying in the commuter newspaper 20 Minuten.

Under a recent aviation treaty between Switzerland and Germany, flights coming in over Germany have to be rerouted after 9 p.m. GMT to reduce jet noise over German territory.

Nine people among the 28 passengers and five crew survived. A Zurich police statement said 10 Swiss were on the plane, 13 Germans, three Israelis, two Dutch and one each from Canada, Ghana, Austria, Sweden and Spain.

Among the dead was American-born singer Melanie Thornton. The 34-year-old dance music diva had a string of hits with La Bouche and was on tour to promote her solo album "Ready to Fly."

The pop group Passion Fruit — comprising two Dutch women and a German citizen of Spanish origin, all 27 — was also on board the plane. Maria Serrano-Serrano and Nathaly het van Ende were among the victims, but Debby St. Maarten, from the Netherlands, survived, said band manager Georg Bergheim.

The Isreli passengers were the dean of the Hebrew University school of medicine, a world famous specialist in hematology and a Tel Aviv city official, officials in Jerusalem said.

In television interviews from their hospital beds, survivors said they managed to escape by climbing out of the tail section of the plane, which severed off.

"It was like in a horror film, a nightmare" said Myriam Wettstein. She said the plane in front of her was engulfed by flames but that she clambered out into the snowy forest through a hole.

The accident was the latest in a series of catastrophes to have hit Switzerland in recent months, shaking Swiss perceptions of their small Alpine nation as a haven of tranquillity.

In September, a gunman massacred 14 local politicians in the local parliament at Zug. A month ago, 11 people died in a fire in the Gotthard tunnel, a key road link through the Alps.

The nation is still smarting from last month's ignominious collapse of financially frail former national icon Swissair, floored by a drop in air travel after September 11.

"Will it never end?" exclaimed Swiss President Moritz Leuenberger at a news conference on Sunday.

Crossair, a subsidiary of the ailing Swissair Group, is taking over parts of the Swissair operations in a complicated, government-financed bailout that is meant to be completed next spring.

Crossair Chief Executive Andre Dose said the crashed plane had last been checked on November 16 and a thorough maintenance operation had been planned for January 2002.

The Avro RJ-100 Jumbolino is a four-engine jet built by BAE Systems Plc, formerly British Aerospace. The airline said the remaining 19 such aircraft in its fleet had already been checked thoroughly for technical faults, but nothing turned up.

Crossair, in the process of replacing collapsed Swissair as Swiss flag carrier, saw its shares open down over 11 percent before reversing most declines by midday.

Crossair spokesman Manfred Winkler said it was too soon to discuss the crash's impact on its business, saying the first priority was to take care of the victims and their families.

Crossair would refund tickets if passengers wanted, he said. "We understand if people are unsettled so we are giving them the chance to return tickets without any penalty charge."