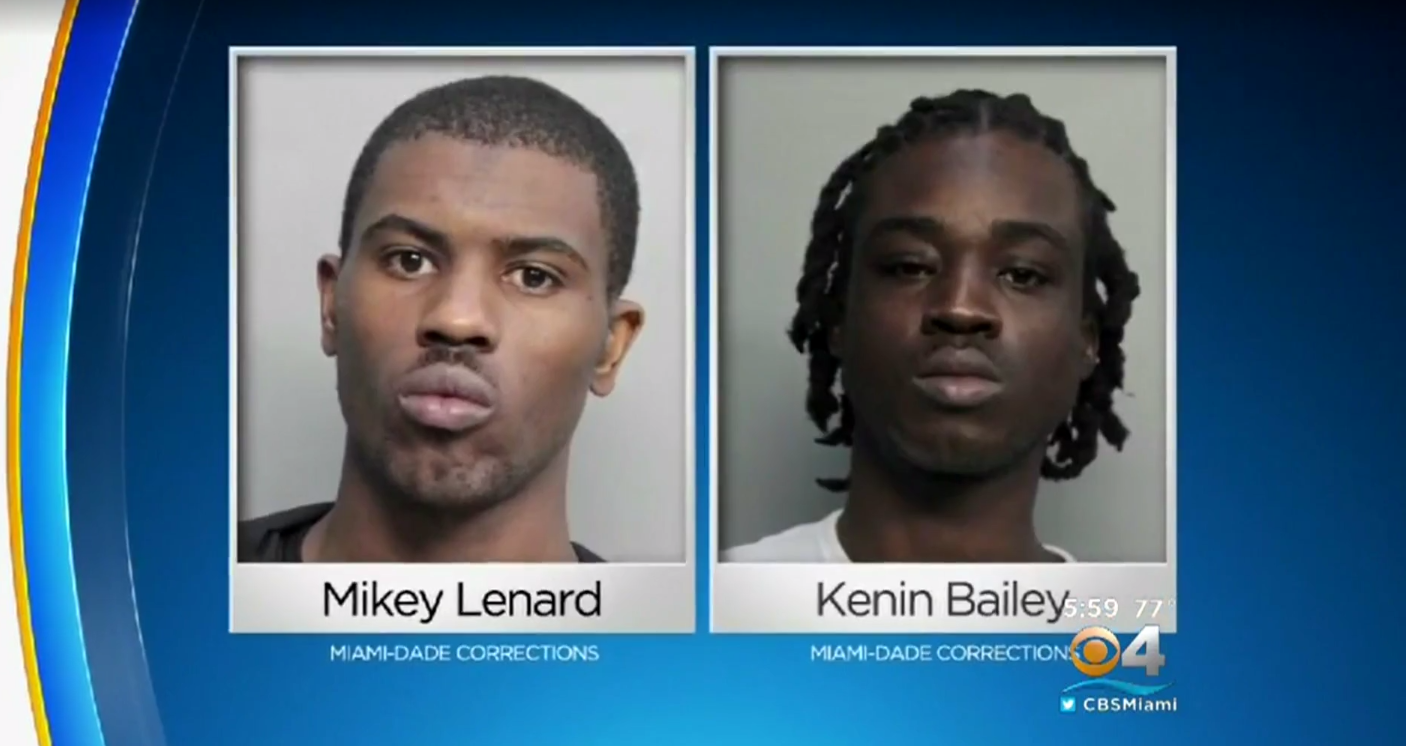 MIAMI – Police say a man was shot and killed Christmas night after a confrontation inside a Florida casino spilled outside, reports CBS Miami.

Fernando Duarte, a U.S. Army veteran, was found dead near the Miccosukee Resort and Casino Sunday night. Two men, Kenin Bailey and Mikey Lenard, have been charged in connection with Duarte’s death, according to Det. Flavio Rivera with the Miccosukee Police Department.

Rivera said the three men got into an argument during a card game.

“It was poker room table talk ... at the table itself,” Rivera said in court Tuesday.

Duarte was asked to leave the poker room. Later, in the parking lot, police say, they all continued to argue.

At one point, investigators say, the two suspects cut off Duarte twice as he attempted to drive away. The second time, Duarte got out of his car and approached the pair. Police say Bailey then opened fire, shooting 13 rounds.

“The victim approaches the defendant’s car, the doors close and the car is put into reverse and there’s gunshot fired from the passenger side of the vehicle as the vehicle drives in reverse,” said Rivera.

Lenard is accused of driving the car as shots were fired.

Rivera said the two suspects then told the casino’s security staff what happened.

Prosecutors have indicated they question the self-defense argument because of the number of shots fired. Duarte was hit twice and went down right away, police say, but the gunfire did not stop.

Both men are being held without bond.