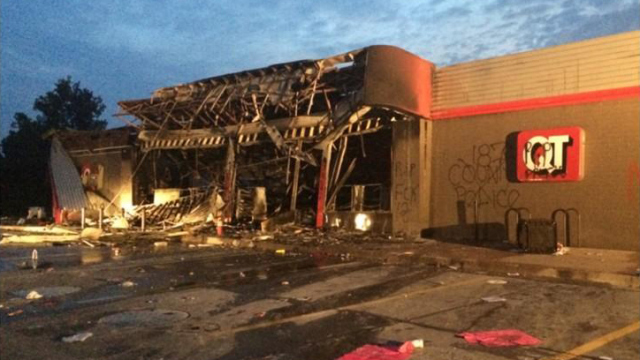 ST. LOUIS -- One of the more visible protesters during last year's unrest in Ferguson, Mo., has been sentenced to eight years in prison for starting a fire at a gas station in nearby Berkeley.

The fire at a QuikTrip was lit during protests over the killing of Antonio Martin, who was fatally shot in December by a police officer at a gas station across the street.

Prosecutors had asked for a 15-year sentence, while Williams' attorney asked for a suspended or lesser sentence.

Williams was frequently quoted and photographed while protesting the fatal shooting of 18-year-old Michael Brown in Ferguson.