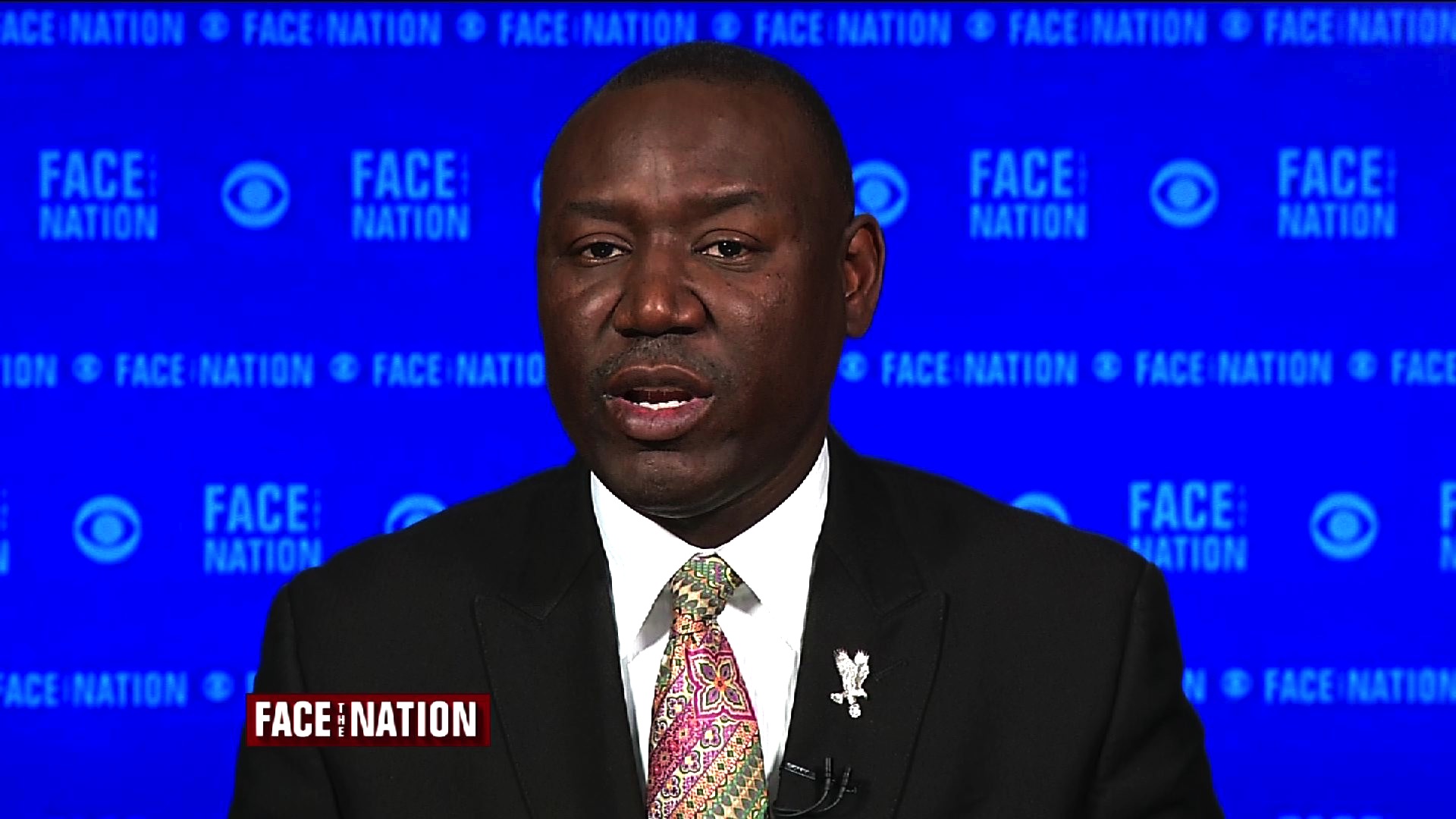 The lawyer for the family of Michael Brown, the unarmed black teenager shot in Ferguson, Missouri this summer, will examine "every legal avenue" after a grand jury declined to indict the white police officer who shot him.

"The family greatly wanted to have the killer of their unarmed son held accountable. They really would look at every legal avenue," lawyer Benjamin Crump said in an interview on CBS' "Face the Nation" Sunday. Among the options he listed were a civil wrongful death lawsuit against Wilson, as well as pursuing a law that would require all police officers to wear video body cameras to increase transparency.

He said the family was troubled by both the grand jury proceedings and Wilson's assertion that his conscience was clear after the shooting and he would do the same thing over again.

"They just feel that's just very cold," he said. "His mother and father don't think Officer Wilson had any consideration for their child. And they wonder if he ever had a conscience. And so that's troubling to them. And we want police officers that do have a conscience in our community, not police officers that are as cold as ice and see our children as demons and criminals."

Wilson resigned his post with the police department over the weekend, which Crump said was not unexpected.

"Look at the way they questioned the people who came out and said that Michael Brown did nothing wrong and it was the police officer's fault compared to the people who supported the police officer and especially the shooter, Darren Wilson," Crump said. "Look at how they let him testify for four hours and never cross-examined him. And this killer of an unarmed person has never been cross-examined.

"A first-year law student would have done a tougher cross-examination than this prosecutor's office did to the killer of an unarmed kid in broad daylight," he added.

He said the documents released from the grand jury proceedings "shows you just how partial this prosecutor's office was."

While Crump said the grand jury verdict furthers the mistrust between African-American communities and local law enforcement, he thought people would have accepted the verdict in a trial even if Wilson had been acquitted.

"But when you have this secret grand jury proceeding where there is only one lawyer in the room and that lawyer's the local prosecutor who has a symbiotic relationship with the local police department and a local police officer and has no relationship or no regard for this young person of color," he said. "And then you see the results all the time coming out where they are exonerated. They are cleared. It's swept under the rug. And we're told to just go on and get over it. Well, we can't continue just to go ahead and get over it. Because these are our children that are being killed."