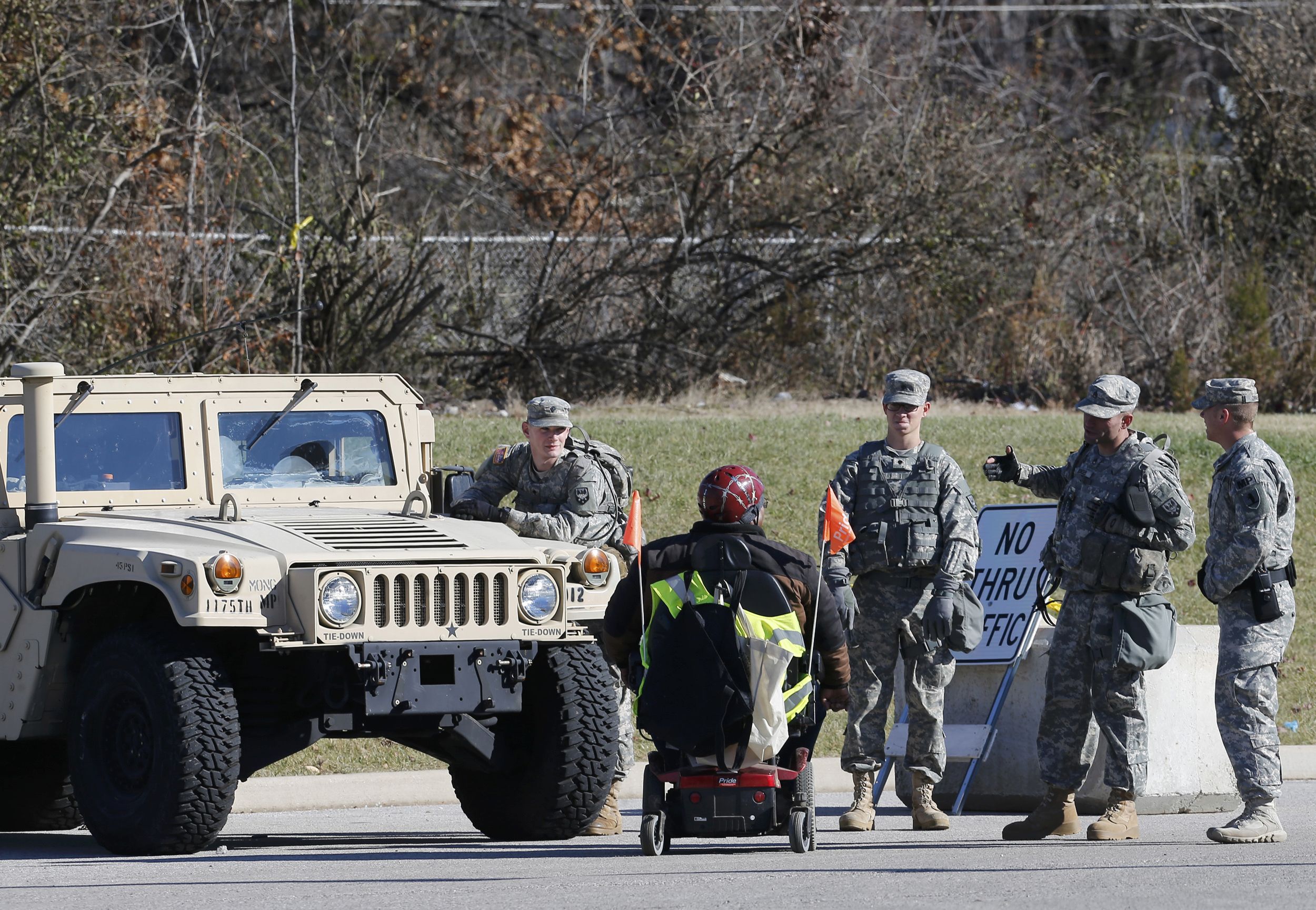 Ferguson Mayor James Knowles called the decision to delay the deployment "deeply concerning" after several businesses were burned down or damaged during the protests.

Missouri Gov. Jay Nixon, who called the scene in Ferguson "heart-breaking" and "unacceptable," ordered more than 2,200 members of the National Guard to the area. He said 700 guardsmen were in the area on Monday night, when more than a dozen buildings were set on fire and otherwise vandalized.

"I'm deeply saddened by the people of Ferguson who woke up and saw this damage this morning," Nixon said.

Nixon's office announced that the additional guardsmen will provide security at the Ferguson Police Department, which was at the center of protests late Monday and early Tuesday.

"It was hard for me to watch the tremendous work that has been done go up in flames last night," said Colonel Ron Replogle of the Missouri State Highway Patrol. "We will not have a repeat tonight."

On Tuesday, Wilson gave his first television interview since the shooting, telling ABC News' George Stephanopoulos he was sorry about Brown's death, but that he feared for his own life during their confrontation.

Meanwhile, protesters angry about the grand jury decision overturned barricades and swarmed the steps of the federal courthouse in downtown St. Louis on Tuesday.

About 300 people marched from a park to the courthouse during the lunch hour and remained there for about 30 minutes before heading elsewhere. Organizers gave tips beforehand to anyone who was planning to be intentionally arrested.

Those who swarmed the courthouse steps chanted "You didn't indict. We shall fight."

Attorneys for Brown's family say the process that led to a lack of indictment was unfair and broken.

Attorney Benjamin Crump said at a news conference Tuesday they objected to St. Louis County Prosecutor Bob McCulloch's decision to call a grand jury and to not appoint a special prosecutor.

Crump, who called on all police officers to wear body video cameras, also said, "We could see what the outcome was going to be, and that is what occurred last night."

McCulloch has deep family roots among police: his father, mother, brother, uncle and cousin all worked for St. Louis' police department, and his father was killed while responding to a call involving a black suspect.

Crump said that McCulloch "has symbiotic relationship with the local police."

"We are not insane. We know that our children deserve equal justice," he said.

Attorney Anthony Gray said the decision was a "direct reflection of the presentation of the evidence."

Sharpton also said, "You have broken our hearts, but not our backs," and criticized those who committed violence Monday night.

Michael Brown's father stood with the attorneys and Sharpton.