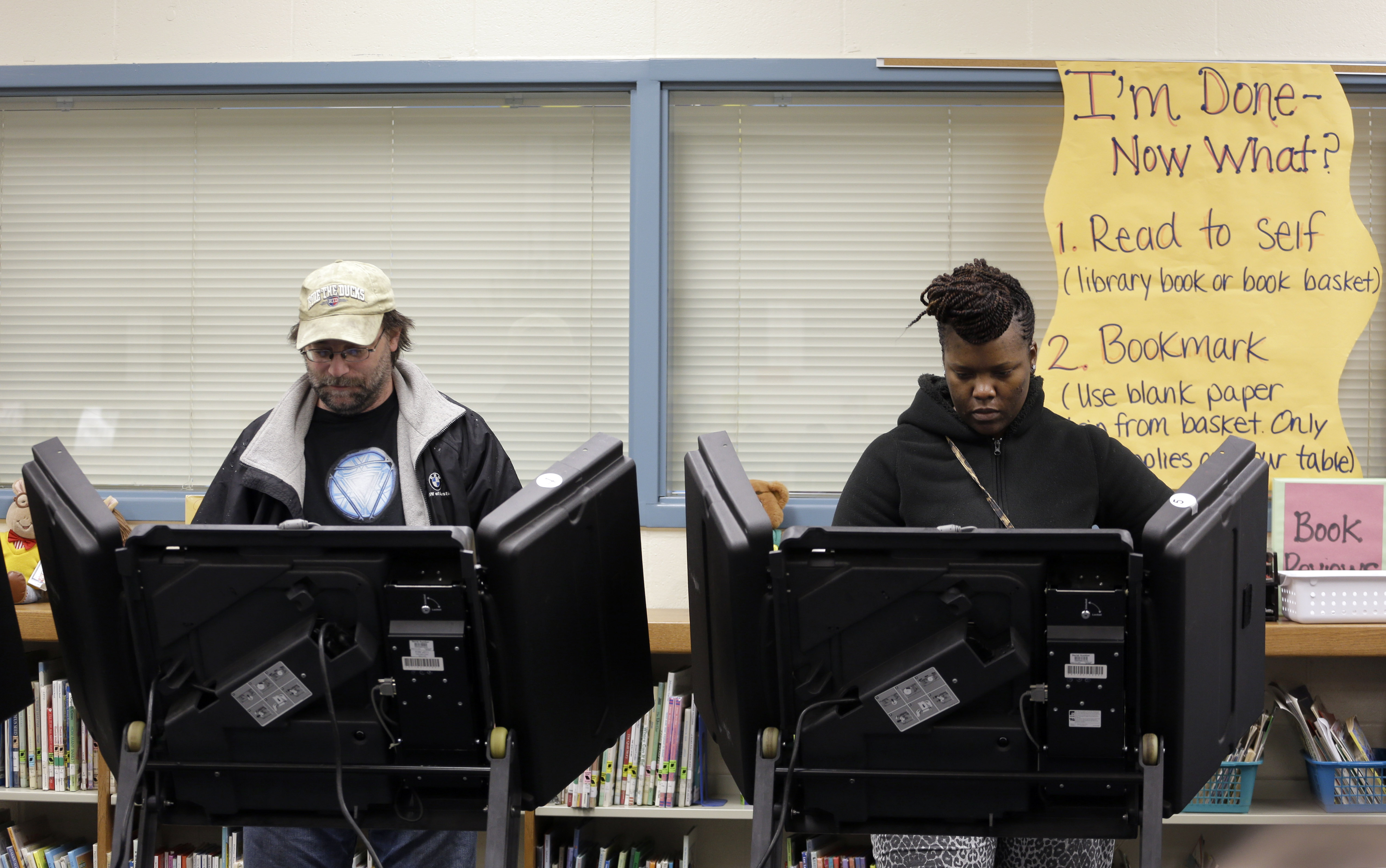 FERGUSON, Mo. -- Two black candidates were among three people elected to the Ferguson City Council Tuesday, tripling African-American representation in the St. Louis suburb where poor race relations have been a focal point since the August shooting death of an 18-year-old black by a white police officer.

The election means that half of the six-member city council in Ferguson, a town where two-thirds of the 21,000 residents are black, will now be African-American. The lone black incumbent councilman was not up for re-election. The mayor, who could break any tie votes, is white.

Until Tuesday, five of six City Council members were white.

Voter turnout increased substantially from the previous election following a strong get-out-the-vote effort from labor unions and other national organizations. The town that drew only 12.3 percent of registered voters last April had 29.4 percent turnout Tuesday, according to the St. Louis County Board of Elections. That was about double the overall turnout in St. Louis County, where Ferguson is located.

"This community came out in record numbers to make sure our voices were heard," said councilman-elect Bell. "When you have a community engaged, the sky is the limit."

He described it as part of a healing and rebuilding process.

It was the first municipal election in Ferguson since officer Darren Wilson fatally shot Michael Brown, who was black and unarmed, on Aug. 9. The shooting sparked sometimes violent protests in the St. Louis area, and spawned a national "Black Lives Matter" movement to press for change in how police deal with local minorities.

It also prompted a review by the U.S. Justice Department, which decided not to prosecute Wilson, who resigned in November. He was also cleared by a local grand jury in November.

But the federal department released a scathing report blasting the city for racial bias and profiling in the police department and a profit-driven municipal court system. Several city officials resigned following the review, including the city manager, police chief and municipal judge. The municipal court clerk was fired for racist emails.

That clerk, Mary Ann Twitty, told CBS St. Louis affiliate KMOV-TV Tuesday she found the emails to be funny, but not because of their racist nature.

The new city council will be tasked with approving hiring of the replacements.

The scrutiny in the wake of the shooting also found that the city had a mostly white police force and city leadership.

In the race for the 3rd Ward, which includes the apartment complex where Brown was killed, Bell, 40, easily defeated 76-year-old retiree Lee Smith. Bell is a lawyer and a criminology professor who had to defend himself because of a third job - municipal judge in a neighboring town of Velda City that, like Ferguson, derives a large percentage of its budget from municipal court fines. Smith had support of several national organizations whose volunteers went door-to-door on his behalf.

Jones had support of a labor union and won easily in her four-person race. Fletcher, the former mayor who started the "I Love Ferguson" campaign after the unrest that ravaged the community, also won easily in the 2nd Ward.

A strong push was made after the shooting to register more black voters last year, but just 562 new voters were added to the rolls. In recent weeks, the focus has been on getting those who are registered to vote.

The high turnout came despite brutal weather. Strong storms, including lightning and heavy rain, tore through the region for several hours before noon. But the weather didn't deter Marty Einig, who has participated in Ferguson protests since August. She was voting in the 3rd Ward.

"I see there is raw material within this community to demonstrate hope," Einig said. "I see a glass that's half full, and I feel that the people have the will to force change."

Charrolynn Washington agreed. Voting at the First Presbyterian Church of Ferguson, she said the election is where real change will occur.

"As much change is needed here in Ferguson, this is where we begin - not out there in the streets, doing what they were doing - but, right here," Washington said. "They need to be voting and putting people in position to make the change and make the decisions that need to be made."