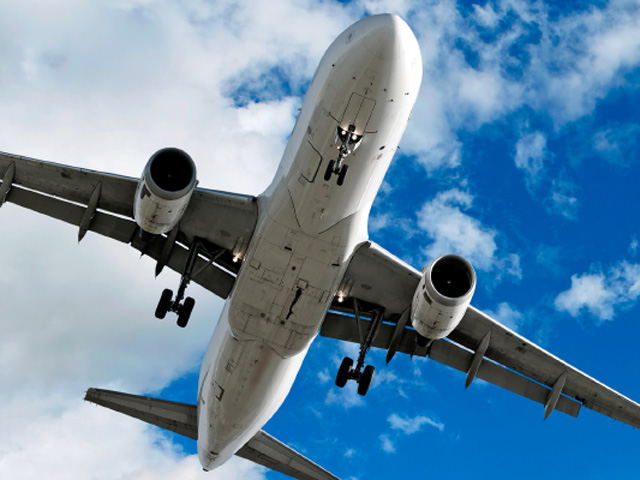 WASHINGTON For many passengers, air travel is only about finding the cheapest fare.

But as airlines offer a proliferating list of add-on services, from early boarding to premium seating and baggage fees, the ability to comparison-shop for the lowest total fare is eroding.

Global distribution systems that supply flight and fare data to travel agents and online ticketing services like Orbitz and Expedia, accounting for half of all U.S. airline tickets, complain that airlines won't provide fee information in a way that lets them make it handy for consumers trying to find the best deal.

"What other industry can you think of where a person buying a product doesn't know how much it's going to cost even after he's done at the checkout counter?" said Simon Gros, chairman of the Travel Technology Association, which represents the global distribution services and online travel industries.

The harder airlines make it for consumers to compare, "the greater opportunity you have to get to higher prices," said Kevin Mitchell, chairman of the Business Travel Coalition, whose members include corporate travel managers.

Now the Obama administration is wading into the issue. The Department of Transportation is considering whether to require airlines to provide fee information to everyone with whom they have agreements to sell their tickets. A decision originally scheduled for next month has been postponed to May, as regulators struggle with a deluge of information from airlines opposed to regulating fee information, and from the travel industry and consumer groups that support such a requirement.

Meanwhile, Spirit Airlines, Allegiant Air and Southwest Airlines -- with backing from industry trade associations -- are asking the Supreme Court to reverse an appeals court ruling forcing them to include taxes in their advertised fares. The appeals court upheld a Transportation Department rule that went in effect nearly a year ago that ended airlines' leeway to advertise a base airfare and show the taxes separately, often in smaller print. Airlines say the regulations violate their free-speech rights.

At the heart of the debate is a desire by airlines to move to a new marketing model in which customers don't buy tickets based on price alone. Instead, following the well-worn path of other consumer companies, airlines want to mine personal data about customers in order to sell them tailored services. You like to sit on the aisle and to ski, so how would you like to fly to Aspen with an aisle seat and a movie, no extra baggage charge for your skis, and have a hotel room and a pair of lift tickets waiting for you, all for one price? You're a frequent business traveler. How about priority boarding, extra legroom, Internet access and a rental car when you arrive?

"Technology is changing rapidly. We are going to be part of the change," said Sharon Pinkerton, vice president of Airlines for America, which represents most U.S. carriers. "We want to be able to offer our customers a product that's useful to them, that's customized to meet their needs, and we don't think (the Transportation Department) needs to step in."

If airlines have their way, passengers looking for ticket prices may have to reveal a lot more information about themselves, such as their age, marital status, gender, nationality, travel history and whether they're flying for business or leisure. The International Air Transport Association, whose 240 member airlines cover 84 percent of global airline traffic, adopted standards at a meeting earlier this month in Geneva for such information gathering by airlines as well as by travel agents and ticketing services that would relay the data to airlines and receive customized fares in return.

"Airlines want, and expect, their (ticket) distribution partners to offer passengers helpful contextual information to make well-informed purchase decisions, reducing the number of reservations made based primarily or exclusively on price," said a study commissioned by the association.

Consumer advocates question how airlines would safeguard the personal information they gather, and they worry that comparison shopping for the cheapest air fares will no longer be feasible.

"It's like going to a supermarket where before you get the price, they ask you to swipe your driver's license that shows them you live in a rich zip code, you drive a BMW, et cetera," Mitchell said. "All this personal information on you is going out to all these carriers with no controls over what they do with it, who sees it and so on."

The airline association said consumers who choose not to supply personal information would still be able to see fares and purchase tickets, though consumer advocates said those fares would probably be at the "rack rate" -- the travel industry's term for full price, before any discounts.

It's up to individual airlines whether they price fares differently for travelers who don't provide personal information, said Perry Flint, a spokesman for the international airline association.

The stakes, of course, are enormous. Since 2000, U.S. airlines have lost money for more years than they've made profits. Fee revenue has made a big difference in their bottom lines. Globally, airlines raked in an estimated $36 billion this year in ancillary revenue, which includes baggage fees and other a la carte services as well as sales of frequent flyer points and commissions on hotel bookings, according to a study by Amadeus, a global distribution service, and the IdeaWorksCompany, a U.S. firm that helps airlines raise ancillary revenue. U.S. airlines reported collecting nearly $3.4 billion in baggage fees alone in 2011.

One expense airlines would like to eliminate is the $7 billion a year they pay global distribution systems to supply flight and fare information to travel agents and online booking agents like Expedia. Airlines want to deal more directly with online ticket sellers and travel agents, who dominate the lucrative business travel market. Justice Department officials have acknowledged an investigation is underway into possible anti-trust violations by distribution companies.

Airlines also have been cracking down on websites that help travelers manage their frequent flier accounts. The sites use travelers' frequent flier passwords to obtain balances and mileage expiration dates, and then display the information in a way that makes it easier for travelers to figure out when it makes more sense to buy a ticket or to use miles.

"What the airlines are trying to do right now is reinvent the wheel so they can hold all their information close to their chest," said Charles Leocha, founder of the Consumer Travel Alliance. "As we move forward in a world of IT, the ownership of passenger data is like gold to these people."

By withholding information like fee prices, he said, "we are forced to go see them, and then we are spoon-fed what they want to feed us."

7 food label claims that are meaningless

How to inherit an IRA