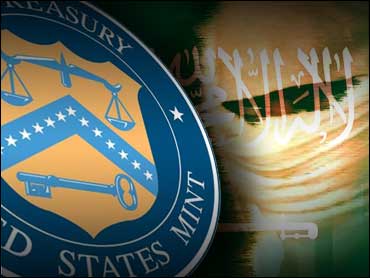 The Bush administration accused a U.S. arm of a large Saudi charity on Thursday of helping to finance terrorist activities.

The Treasury Department's action covers Al-Haramain Islamic Foundation's locations in Ashland, Ore., and Springfield, Mo. The action makes a formal designation that the group is suspected of supporting terrorism. In February, the government had ordered banks to freeze the assets and property at those locations pending further investigation.

The department said a federal investigation "shows direct links between the U.S. branch and Osama bin Laden," the ousted Iraqi leader. Further details were not provided.

In addition, Treasury cited allegations that the U.S. arm of Al-Haramain violated tax laws and engaged in money-laundering offenses.

"Information shows that individuals associated with the branch tried to conceal the movement of funds intended for Chechnya by omitting them from tax returns and mischaracterizing their use, which they claimed was for the purchase of a prayer house in Springfield, Mo.," the department said.

Treasury said that other information alleged that donations made to Al-Haramain intended to support Chechen refugees were instead diverted to support "mujahideen as well as Chechen leaders affiliated with the al Qaeda network."

In June, the Saudi government said it was dissolving the Riyadh-based Muslim charity, Al-Haramain Islamic Foundation, along with other Saudi charities and was folding their financial assets into a new commission that would filter contributions raised inside the kingdom to support causes abroad. The move was aimed at preventing donations from being siphoned off to bankroll terrorism.

Treasury also added Al-Haramain's branch in the Union of the Comoros and Suliman Al-Buthe to its list of groups suspected of supporting terrorists.

Treasury said Al-Buthe, whose nationality is Saudi Arabian, is one of the directors of the U.S. arm of Al-Haramain. Those designations mean that banks must block any assets belonging to the two found in the United States and people in the U.S. can't do business with them.