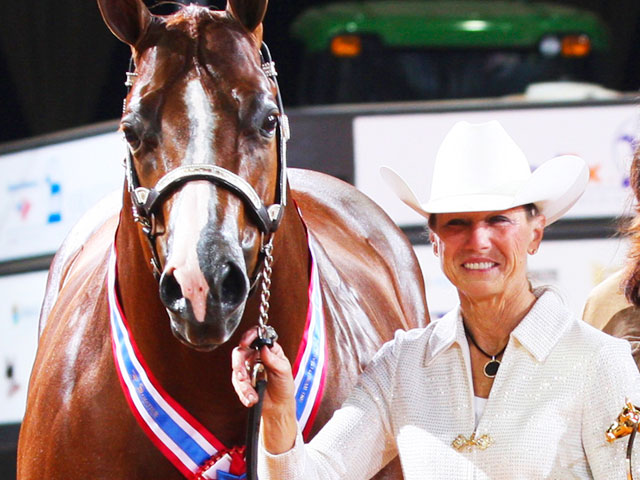 CHICAGOA former comptroller accused of stealing $53 million from her small northern Illinois city to fund a lavish lifestyle, including one of the nation's foremost horse-breeding operations, is expected to plead guilty on Wednesday, federal prosecutors said.

Rita Crundwell will plead guilty to a federal charge that accuses her of stealing the public money while overseeing the public finances of Dixon, U.S. attorney's spokesman Randall Samborn said. Prosecutors allege that she stole the money over several years and siphoned it into a secret bank account.

Crundwell had previously pleaded not guilty to the wire fraud count, which carried a maximum sentence of up to 20 years in prison.

Dixon Mayor James Burke welcomed her apparent change of heart, saying it should clear the way for the city to recoup more of its losses. A guilty plea in the federal case enables U.S. Marshals to start selling off millions of dollars of assets still in Crundwell's name, including around $450,000 worth of diamonds and other jewels, ranch land and a house in Florida, he said.

"This is very good news," he told The Associated Press in a telephone interview from his office Tuesday. "If she wanted to continue with not guilty pleas, she could have dragged this out for two or three years."

Crundwell, 58, is accused of using her modestly paid town hall job to steal tax dollars, support an extravagant lifestyle and win national fame as a breeder. Prosecutors allege that since 1990, Crundwell stole more than $53 million from Dixon, where she oversaw public finances as the city comptroller since the 1980s. The small city is about 100 miles west of Chicago.

Prosecutors say Crundwell's scheme unraveled only after a co-worker filling in for her while she was on an extended vacation stumbled upon the secret bank account.

Federal prosecutors alleged Crundwell created phony invoices that she characterized as being from the state of Illinois. She then allegedly put that money from a city account into another account, which she repeatedly used for personal expenses.

Her arrest stunned Dixon, a small city along a picturesque vein of the Mississippi River in Illinois farm country and the boyhood home of the late President Ronald Reagan. Its 16,000 residents are largely lower-middle class, working at factories, grain farms, the local prison and a hospital, among other places.

Crundwell also has pleaded not guilty to 60 separate but related felony theft counts in Lee County. The selling of the assets was held up only by the federal case, said Burke.

Since the case broke, the U.S. Marshals Service auctioned dozens of Crundwell's horses. Officials have said that if Crundwell was found guilty, the proceeds would go toward restitution for the city.

Crundwell grew up in Dixon, playing baseball and surrounded by the outdoors and animals on her family's farm. At 17, she started at City Hall in a work program for high school students. She stayed, serving as treasurer before becoming comptroller.

According to the mayor, the horses could be sold — unlike the jewelry and other property — before a guilty plea because Crundwell agreed to it.

But otherwise, he said, "there is no indication that she has remorse over this whole thing."

If Crundwell pleads guilty, Burke added, she needs to go to prison for "a long time" considering she left the city in a financial hole.

"It is a pity and tragedy, for us and herself. She has made a real bowl of puke of her life," the mayor said. "But having said that, the people who care about the community are looking forward, not backward."