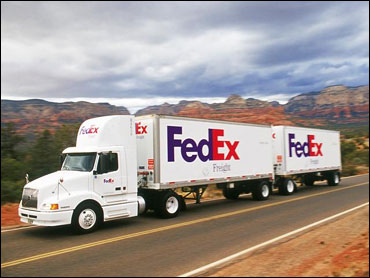 In court documents, FedEx contended that promotions were based on "objective" factors, not race, that include time of service, passing a basic skills test, previous performance evaluations and whether the employee has been disciplined.

U.S. District Judge Susan Illston said it will be up to a jury to interpret the conflicting data. No trial date has been set.

James Finberg, an attorney representing the workers and former workers filing the lawsuit, said FedEx normally promotes from within, yet three times the number of package handlers and loaders are minorities compared to drivers, who earn more. Twice the number of minorities fail promotional tests than do whites, Finberg added.

"FedEx knows that black and Hispanics fail at a much higher rate, but yet has not changed the test," Finberg said.

Jim McCluskey, a FedEx spokesman, said the Memphis, Tenn.-based company was considering appealing the ruling, which the company called a "procedural decision" that does not address the case's merits.

"We are confident that when the merits of the case are considered, it will be shown that the plaintiffs were not treated differently because of their race or ethnicity," McCluskey said.

The suit was filed in 2003 by eight current and former employees. It seeks millions of dollars in damages and an end to the company's alleged discriminatory practices.