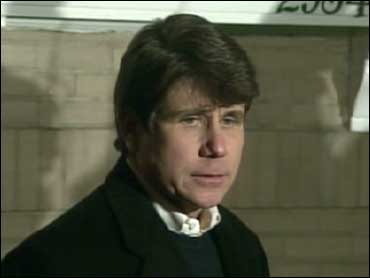 A federal judge has turned down a request from impeached former Illinois Gov. Rod Blagojevich to have Chicago's top federal prosecutor and his staff thrown off the corruption case against him.

Chief Judge James F. Holderman of U.S. District Court said in his three-paragraph order that "no legal precedent supports the granting of the relief sought by the defendant Blagojevich in this motion."

Blagojevich said removing U.S. Attorney Patrick J. Fitzgerald from the case was necessary because the prosecutor had made inflammatory remarks about him at a news conference after the then-governor was arrested Dec. 9

He said Robert Grant, special agent in charge of the Chicago FBI office, had made similar remarks. He said Fitzgerald also went over the line in making public transcripts of wiretaps of Blagojevich conversations that should have been sealed.

Among other things, Fitzgerald said Blagojevich had been on "a white-collar crime spree" that would make Abraham Lincoln "roll over in his grave."

Holderman didn't get into the specifics of the remarks Fitzgerald and Grant made at the news conference where the charges against Blagojevich and his chief of staff, John Harris, were unveiled.

Nor did he close the door on Blagojevich making the same argument again.

"If an indictment is returned charging defendant Blagojevich with federal, criminal offenses, the district judge to whom the case will be assigned pursuant to the clerk's office random assignment system, will be the appropriate judicial officer to address the matter if raised at that time by the defendant," he said.

Blagojevich and Harris are charged in a criminal complaint with conspiracy to commit fraud and solicitation of bribery. Holderman has set an April 7 deadline for the government to back up the charges by getting an indictment from a grand jury.