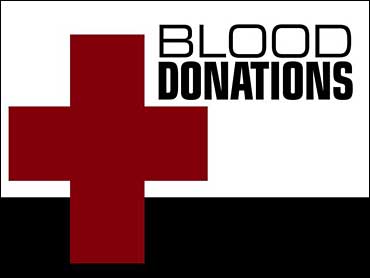 The government is threatening the American Red Cross with thousands of dollars in fines for allegedly violating a court settlement that was supposed to end continuing disputes over blood safety rules.

In April, the Food and Drug Administration reached an agreement to settle charges that the Red Cross had committed "persistent and serious violations" of federal blood safety rules dating back 17 years.

According to the FDA, in 2000 the agency found that the Red Cross couldn't track donations, wasn't labeling them properly and hadn't kept accurate records of donors who have been deferred from giving blood because of health risks. A follow-up inspection two years later uncovered similar problems.

The settlement spelled out changes the Red Cross must make to comply with FDA rules — such as ensuring that no patient receives potentially unsafe blood and rejecting donations from improper donors.

The consent decree required the Red Cross to establish a new management system over quality control operations, improve training and computer services and fix the way it reported problems.

For the first time, the settlement gave FDA authority to immediately fine the Red Cross for violations.

On June 3, the Red Cross submitted its plans to make some of the required changes, those dealing with how officials would investigate and correct quality-assurance problems that might arise.

In a warning letter, dated July 22 but released by the FDA on Thursday, the government told the Red Cross that its plans do not fully comply with the court settlement because they leave out some specifically ordered changes.

As a result, the FDA said it intends to fine the Red Cross up to $10,000 a day for every day it was in violation of the agreement — counting from June 3 through Aug. 6, when the Red Cross responded to the government's complaints.

"Their proposal didn't contain the level of safeguards we wanted to help assure that unsafe blood was not given to patients," said FDA spokesman Brad Stone. "There will be fines. We are determining what they will be."

The Red Cross said it had already met several of the settlement's requirements but was working to rectify this problem.

"We … are taking swift actions to implement solutions to meet FDA requirements and to assist in assuring the safety of the nation's blood supply," Red Cross Vice President Ramesh Thadani said in a statement.

The Red Cross and FDA are negotiating the fines.

Thadani said the Red Cross will not use donations from the public to pay the FDA fines. The Red Cross provides about 45 percent of the nation's blood supply, selling blood products to health facilities. According to the FDA, independent and community blood banks also contribute 45 percent, and hospitals generate the remainder.