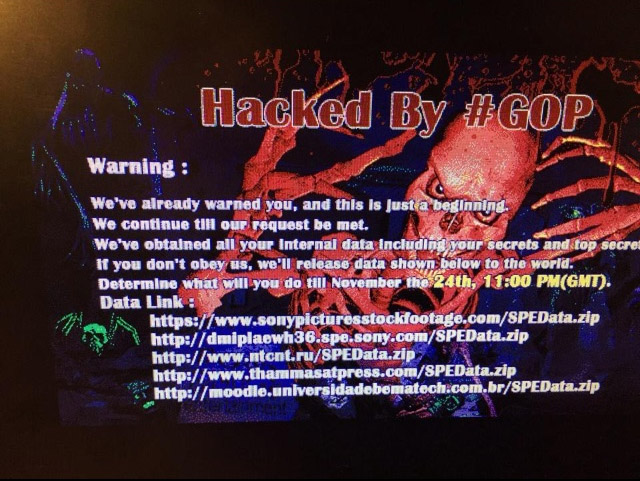 WASHINGTON -- The FBI sent an alert to U.S. businesses on Monday warning them of malicious software just days after a cyber attack against Sony Pictures brought the company's computers down, sources tell CBS News.

The five-page FBI alert provides technical details about the software, noting the bug is capable of erasing hard drives and crashing networks, reports CBS News correspondent Bob Orr. The bulletin does not specifically mention Sony Pictures, but the warning appears to describe the type of cyber weapon used in the recent attack on Sony's computers.

The FBI says it "routinely advises private industry of various cyber threat indicators observed during... investigations." According to the agency, data is provided to corporations to "help systems administrators guard against the actions of persistent cyber criminals."

Last week, cyber-attackers identifying themselves as "Guardians of Peace" hacked into -- and brought down -- Sony Pictures' computer system. Four unreleased Sony films were leaked to the web, plus an illegal copy of "Fury," a Brad Pitt movie which is still in theaters.

On Monday, a senior editor for the cable channel Fusion said he received a spreadsheet from an anonymous e-mailer containing the salaries of more than 6,000 Sony Pictures employees, including the company's top executives.

The cyber attack came with the release of another Sony film looming on the horizon.

"The Interview" -- in which TV journalists played by Seth Rogen and James Franco are recruited to assassinate North Korean leader Kim Jong Un -- is set for release on Christmas day.

Tech website Re/code reported Monday that Sony was looking at North Korea as a possible suspect in the attack.

Sony has not yet said publicly who or what might have been behind the attack, but company officials say they're working with law enforcement in the investigation.

According to Reuters, the FBI alert says the malware overrides data on the hard drives of infected computers, and can be costly if not impossible to fix.

Push to get teens vaccinated against COVID