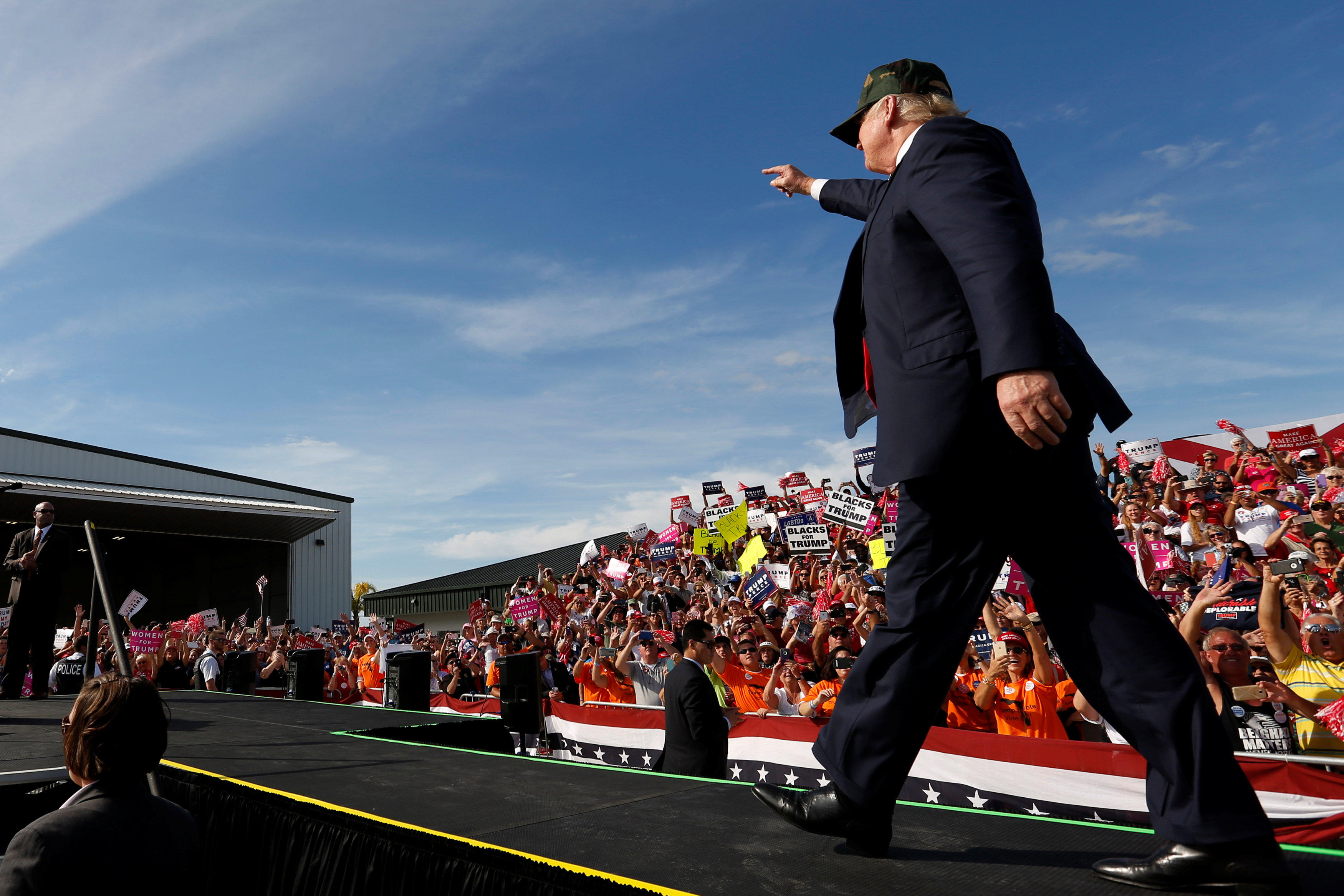 The election is no longer the only thing Donald Trump is calling “rigged”—he’s coming for the polls, too.

“I have no doubt about it,” he told Fox News’ Bill O’Reilly when asked whether he believed the polls were “rigged.” “I won the third debate easily. It wasn’t even a contest and everybody had me winning. Every poll had me winning, big league. And then CNN did a poll and they had me losing somewhat and I said how did that happen I wonder.”

Trump, who for the longest time refused to acknowledge polls in which he was not ahead, acknowledged that he’s losing in some polls—but said there’s “tremendous dishonesty” in the polls these days. The GOP nominee has trailed Democratic nominee Hillary Clinton in nearly every recent national poll, including a CBS News poll released in mid-October that found Clinton leading by 9 points.

“I’m winning in certain polls and then in other polls, the dirty polls we call them, I was losing by numbers that were ridiculous,” he said. “I think we’re winning, but Bill you look at some of these polls it’s absolutely ridiculous.”

The polls aren’t the only thing Trump insisted are rigged in the Thursday interview. Asked to explain why he has railed on the integrity of the American election system, he pointed to media bias and the FBI’s decision not to pursue charges against Clinton over her private email server.

“You look at the media how horrible they are, how false they are, how negative they are toward me. I think 93 percent of the stories they write are negative even if it is a positive negative they will always find a way to make it negative,” he said. “I’m not quite used to it because I used to get great publicity. Now no matter what you do it doesn’t make any difference.”

Trump also weighed in on NBC’s release of the 2005 “Access Hollywood” tape, in which Trump uses lewd language to talk about his advances toward women, saying the release was “certainly illegal.”

As for whether Trump will take legal action against NBC after Election Day, he said: “Well, you’ll see, you’ll see.”

As for First Lady Michelle Obama’s claim that Trump is trying to get voters to stay home on Election Day, Trump accused President Obama of joking about a “rigged” system in 2008.

“Her husband said basically those same words 8 years ago complaining about the system in Chicago and laughing about it. I think he said something to the effect that he’s lucky he’s in Chicago because it’s rigged in his favor,” Trump said. “Take a look at it. I saw it on FOX and I thought it was terrible especially since now he is holier-than-thou and you know a thing like this could never happen.”

Trump was referring to a clip of Mr. Obama from September 2008, in which he was asked to “reassure” supporters that the election “will not be rigged or stolen.” In reply, Mr. Obama joked that in Ohio, where the event was being held, “the Democrats are in charge of the machines.”

“I come from Chicago. So I want to be honest. It’s not as if it’s just Republicans who have monkeyed around with elections in the past. Sometimes Democrats have too,” he continued at that event. “You know, whenever people are in power, you know, they have this tendency to try to, you know, tilt things in their direction.”