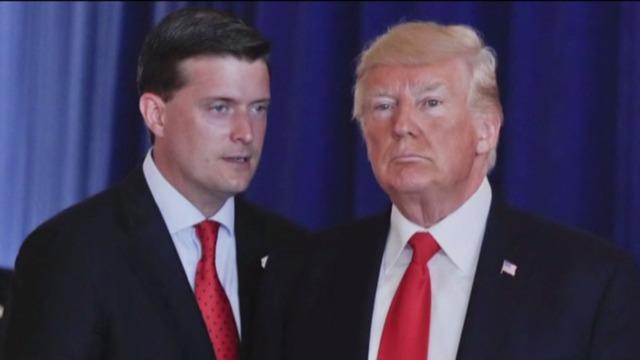 The bureau provided a more precise timeline of its background investigation into Porter in a recent letter to the chairman of the House Government Reform and Oversight Committee, Rep. Trey Gowdy of South Carolina. The letter also states that in August 2017, the White House's Personnel Security Operations division requested "additional information to include but not limited to, re-interviews of Mr. Porter, his ex-wives, and his girlfriend at the time."

Gerald Roberts, Jr., assistant director of the FBI's Security Division, provided this information to Gowdy in a letter dated April 13, 2018:

After the earliest media reports about the abuse allegations in early February 2018, the White House initially defended and praised Porter. His ex-wives told reporters of emotional and physical abuse by Porter, and a subsequent report included a photo of first wife Colbie Holderness with a black eye. She said that Porter had punched her while they were vacationing in Florence, Italy. Porter was forced out of the White House on Feb. 7, a day after the first story about him was posted.

A couple of weeks after FBI Director Christopher Wray gave an abbreviated version of the timeline of the Porter investigation during testimony to Congress, Kelly acknowledged the White House security office had received a partial report in March 2017. "When that got looked at, I do not know," he told reporters. "But Chris Wray was right, and it was a shock for me, certainly, because I thought the information that came over was in November."