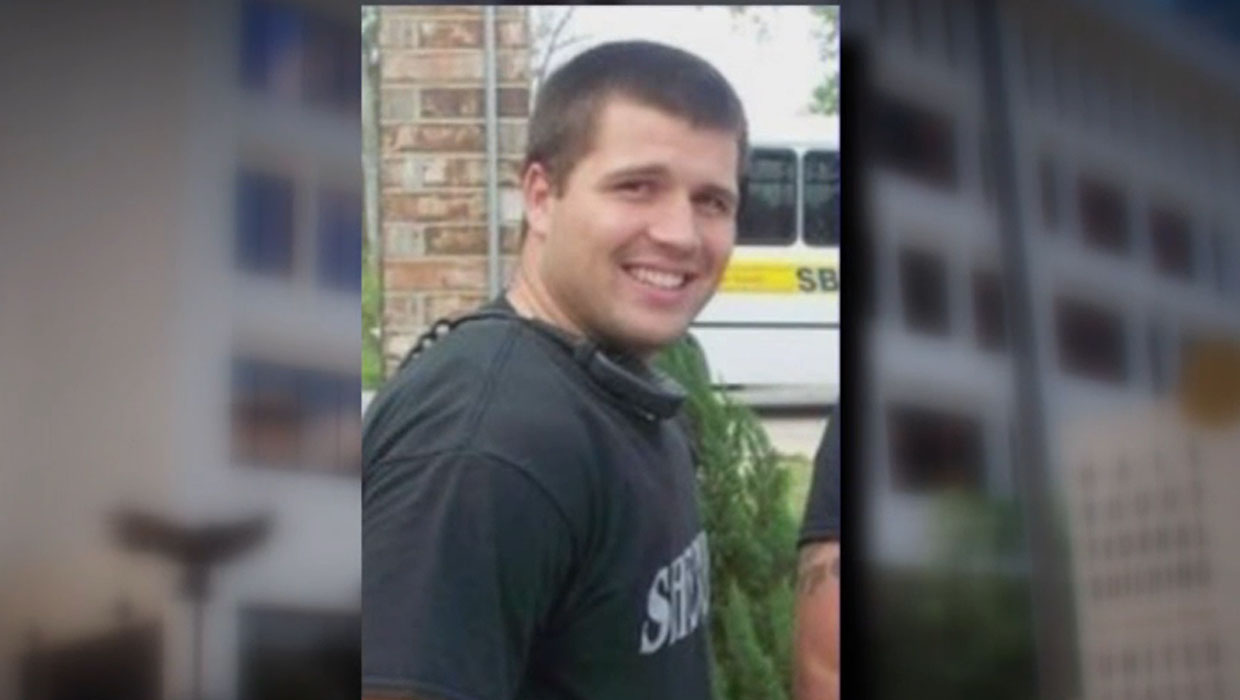 Brandon Licciardi, 29, resigned from the St. Bernard Parish Sheriff's Office after he was named alongside Sharper in federal and state indictments issued last Friday. Licciardi is a friend of Sharper, formerly of the New Orleans Saints, and who is currently incarcerated in California on charges he drugged and raped women in the Los Angeles area.

According to the Times-Picayune, FBI Special Agent Robert Blythe testified on Thursday that Licciardi told him he attended an NFL conference in Las Vegas where players warned him that drinks were spiked with drugs.

The paper also reports that Blythe testified that Licciardi was concerned investigators might find incriminating text messages on his phone, including one where Sharper allegedly wrote, "She's on the potion. She's ready."

A second FBI agent also reportedly testified Thursday that former deputy Licciardi was hired by a New Orleans bookmaker to recruit bettors. The agent testified that Sharper was one of Licciardi's recruits, and that the former NFL star bet on baseball and football, according to the Times-Picayune.

Licciardi is being held without bond, according to CBS affiliate WWL-TV.

Last week, Sharper and Licciardi were indicted by federal prosecutors for allegedly drugging several women in New Orleans "with the intent to commit rape."

Besides the federal charges, Licciardi was indicted by a state grand jury on a charge of aggravated rape of a woman on Feb. 2, 2013; three counts of human trafficking for the purposes of providing sexual conduct; and one count of battery.

In addition to the indictments in New Orleans and California, Sharper also faces sexual-assault charges in Arizona. Similar accusations against Sharper in Las Vegas remain under investigation.