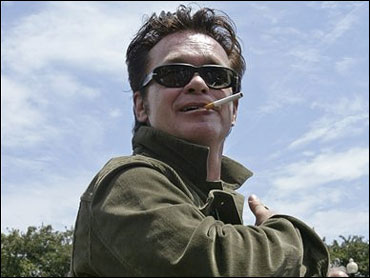 Twenty years after Willie Nelson, John Mellencamp and Neil Young organized a daylong music festival in central Illinois to benefit cash-strapped farmers, Farm Aid is coming back to the state where it started to celebrate its anniversary.

The three icons will take the stage Sept. 18 at the Tweeter Center in the Chicago suburb of Tinley Park, organizers announced Monday.

A growing demand for organic products is giving a boost to their efforts to raise millions of dollars to help the people who work the land. "A lot more people are interested in finding out where their food comes from now than they were 20 years ago. And as they find out more and more about it, they agree with us that it is important to keep the family farmer on the land growing organic food," said Nelson.

The Dave Matthews Band will join the three co-founders at the show and other acts will be announced at a later date, organizers said.

The first Farm Aid concert was held in 1985 in the central Illinois city of Champaign, attracting 80,000 fans and raising $9 million. Over the two decades, Farm Aid concerts have raised more than $27 million to help farmers, organizers said.

Mellencamp said Farm Aid helps level the playing field for small farmers who are waging a battle against corporate interests.

"Farm Aid has always been about a dream of equality for the little guy," Mellencamp said.

Tickets go on sale July 30. A weeklong series of events preceding the concert also are being planned for the Chicago area, including a film festival, small venue performances and the release of a book titled "Farm Aid: A Song for America."