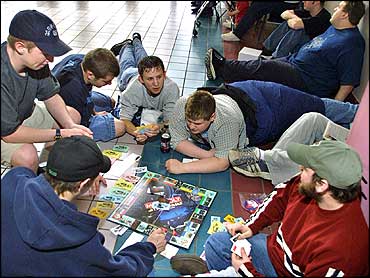 That's the general reaction among "Star Wars" fans who emerged from midnight screenings of "Star Wars: Episode II — Attack of the Clones" early Thursday, cheering the latest installment in the sci-fi saga.

Critical reaction to the movie has been harsh, but many viewers expressed delight at the film's action sequences, computerized effects and climactic battle scene between robot forces and a battalion of Jedi knights.

Light sabers and Darth Vader costumes abounded at the 12:0l screening in New York - and across the country.

"The last 45 minutes was worth more than the price of admission," said Chad Bates, 27, a computer consultant from Seattle who attended a midnight showing at Universal CityWalk in Los Angeles.

Others praised the film's romantic subplot, and said "Attack of the Clones" was superior to the previous prequel, 1999's "The Phantom Menace."

"What the last one lacked in character, this one definitely made up for it," said Steve Anderson, 32, a television director from Los Angeles. "There was finally some heart in this one. ... You cared about the heroes and the love story."

Theaters across the country were mostly full, but it took longer for them to sell all the seats. The space furor was a little muted this time, partly because "The Phantom Menace" debuted nearly 16 years after 1983's "Return of the Jedi" and there was greater pent-up demand among fans.

The growing use of advance ticket sales over the Internet likely reduced the number of fans who would have waited in line outside theaters, but there was still costume pageantry and tailgate-style line partying at some cinemas.

Outside the historic Chinese Theatre in Hollywood, fans staged mock lightsaber battles, while others dressed in the armor of Stormtroopers and father-son bounty hunters Jango and Boba Fett.

"My wife doesn't like the 'Star Wars' movies. If I had waited for her to come and see this with me, it would already be out on video," said Lapidus, 51. "Star Wars is just a great escape. It's an incredibly well-done saga. I'm not a critic, I'm just here to have fun."

Theater operators expected a "Star Wars" rush later Thursday as the film plays on about 6,000 screens in 3,161 theaters domestically.

The movie also opened in about 75 nations around the world. A Russian-dubbed version of the film opened at midnight in Moscow nearly eight hours before the first U.S. debut. Moscow's premier movie theater, the Rossiya on Pushkin Square, held showings every 40 minutes, but there were no serious lines.

"Attack of the Clones" opened on fewer screens because "Star Wars" creator George Lucas was choosy about locations, insisting on top-of-the-line theaters with digital sound.

Some theaters ran the movie on several screens at the same location. At the Star Theatre in Southfield, Mich., outside Detroit, the 12:01, 12:02 and 12:03 a.m. shows sold out early, but tickets were still available late in the evening for the 12:04 showing.

"This was as good as the first (trilogy)," said Kurt Dunbar, 49, a history teacher from Bellingham, Wash., who attended the CityWalk screening in Los Angeles. "The plot got more intricate, so it leaves you hanging for the next one."

One fan didn't even need to see the movie to know he would love it.

"Best movie ever," he said to CBS News' Gretchen Carlson moments before a midnight screening at Times Square.