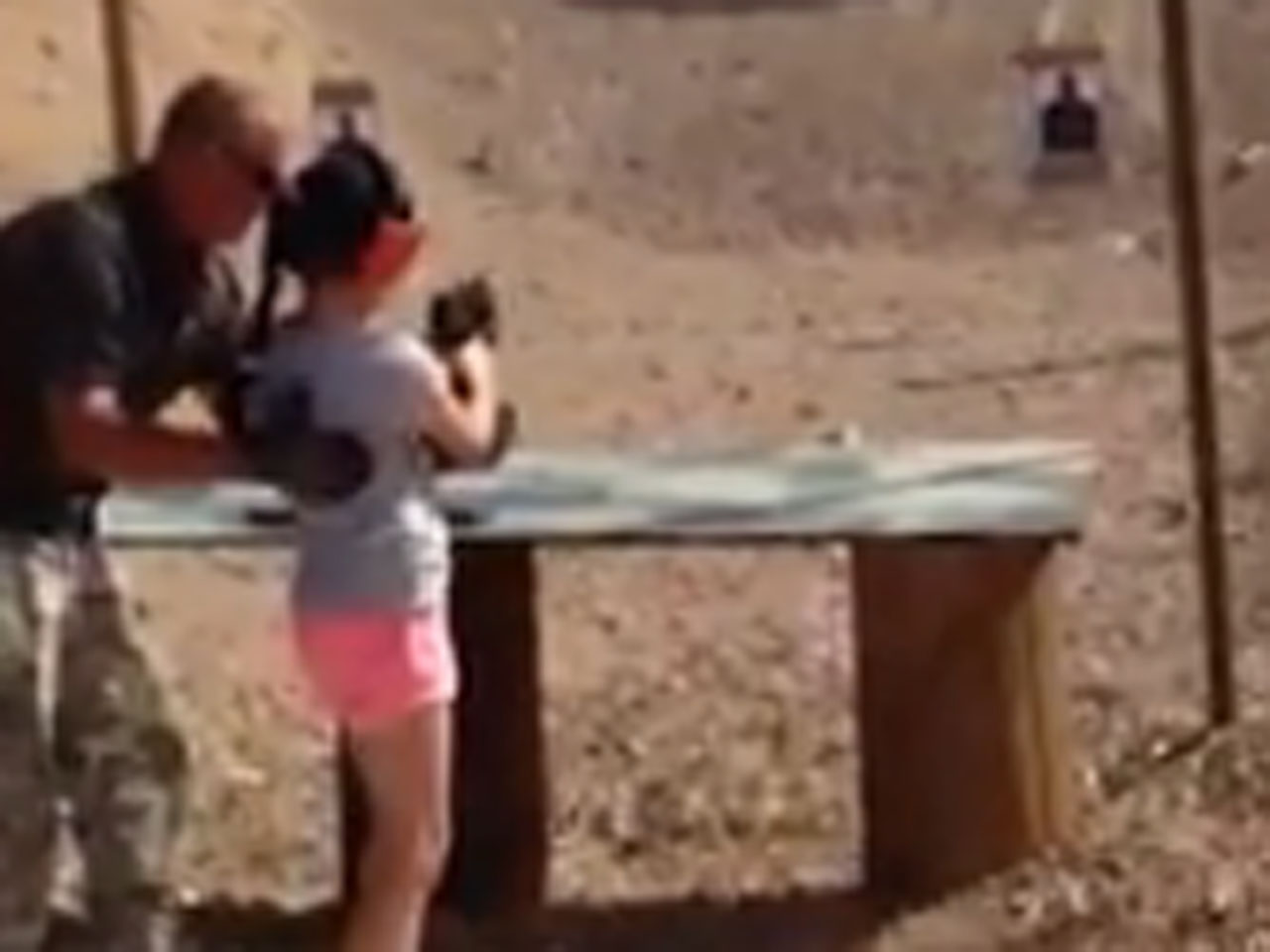 NEW YORK -- The family of an Arizona shooting range instructor accidentally killed by a 9-year-old girl while he was teaching her to use an Uzi said they feel sorry for the child.

Instructor Charles Vacca was standing next to the girl on Monday at the Last Stop range in White Hills, Arizona, about 60 miles south of Las Vegas, when she squeezed the trigger. The recoil wrenched the Uzi upward, and the 39-year-old Vacca was fatally shot once in the head.

The identities of the girl and her family have not been released.

"My heart goes out to the little girl and I feel sorry for her and for her family," said Vacca's ex-wife, Anamarie.

Prosecutors say they will not file charges.

Vacca's death displayed a tragic side of what has become a hot industry in the U.S.: gun tourism.

Tourists from Japan flock to ranges in Waikiki, Hawaii, and the dozen or so that have cropped up in Las Vegas offer bullet-riddled bachelor parties and literal shotgun weddings, where newly married couples can fire submachine gun rounds and pose with Uzis and ammo belts.

"People just want to experience things they can't experience elsewhere," said Genghis Cohen, owner of Machine Guns Vegas. "There's not an action movie in the past 30 years without a machine gun."

The tragedy ignited a discussion about whether children should be allowed to fire powerful automatic weapons, CBS News' John Blackstone reported.

The Arizona Division of Occupational Safety and Health, the state's workplace safety agency, is investigating the shooting-range death, said agency spokeswoman Rachel Brockway, who declined to provide specifics on the examination.

The coroner in Las Vegas said Vacca suffered from a single gunshot to the head.

Clark County Coroner Mike Murphy told The Associated Press that it will take several weeks for blood-toxicology test results to be complete, and authorities were still investigating the shooting. The coroner said that an official cause of death was pending.

Attractions similar to the Last Stop range have been around since the 1980s in Las Vegas, although the city has experienced a boom of such businesses in the past few years. One dusty outdoor range in Las Vegas calls itself the Bullets and Burgers Adventure and touts its "Desert Storm atmosphere."

There's also the prohibitive cost of owning an automatic weapon - an M5 might go for $25,000, while a chance to gun down zombie targets with an AR-15 and three other weapons costs less than $200.

"It's an opportunity that people may not come across again in their lifetime," Sessions said.

Tourists from Australia, Europe or Asia, where civilians are barred from many types of guns, long to indulge in the quintessentially American right to bear arms.

"People have a fascination with guns," said Cohen, who is from New Zealand and estimates about 90 percent of his customers are tourists. "They see guns as a big part of American culture, and they want to experience American culture."

The businesses cast a lighthearted spin on their shooting experiences, staging weddings in their ranges and selling souvenir T-shirts full of bullet holes.

But behind the bravado, owners acknowledge they are one errant movement away from tragedy. Cohen's business, for example, is installing a tethering system that will prevent machine guns from riding upward after firing - the same motion that killed the gun instructor this week.

"Guns are designed to cause damage, and if they're mishandled, they'll do exactly that," said Bob Irwin, owner of The Gun Store, the original Las Vegas machine-gun attraction. "They have to be respected."

Sam Scarmardo, who operates the outdoor range in Arizona where the instructor was killed, said Wednesday that the parents had signed waivers saying they understood the rules and were standing nearby, video-recording their daughter, when the accident happened.

"I have regret we let this child shoot, and I have regret that Charlie was killed in the incident," Scarmardo said. He said he doesn't know what went wrong, pointing out that Vacca was an Army veteran of Iraq and Afghanistan.

CBS News correspondent Vinita Nair reported that the shooting range says it's already changed its regulations since the incident. Shooters will be required to be at least five feet tall or 12 years of age.

Jace Zack, chief deputy for the Mohave County Attorney's Office, said the instructor was probably the most criminally negligent person involved in the accident for having allowed the child to hold the gun without enough training.

"The parents aren't culpable," Zack said. "They trusted the instructor to know what he was doing, and the girl could not possibly have comprehended the potential dangers involved."

Still, the accident has raised questions about whether children that young should be handling such powerful weapons.

"We have better safety standards for who gets to ride a roller coaster at an amusement park," said Gerry Hills, founder of Arizonans for Gun Safety, a group seeking to reduce gun violence. Referring to the girl's parents, Hills said: "I just don't see any reason in the world why you would allow a 9-year-old to put her hands on an Uzi."

In 2008, an 8-year-old boy died after accidentally shooting himself in the head with an Uzi at a gun expo near Springfield, Massachusetts. Christopher Bizilj was firing at pumpkins when the gun kicked back. A former Massachusetts police chief whose company co-sponsored the gun show was later acquitted of involuntary manslaughter.