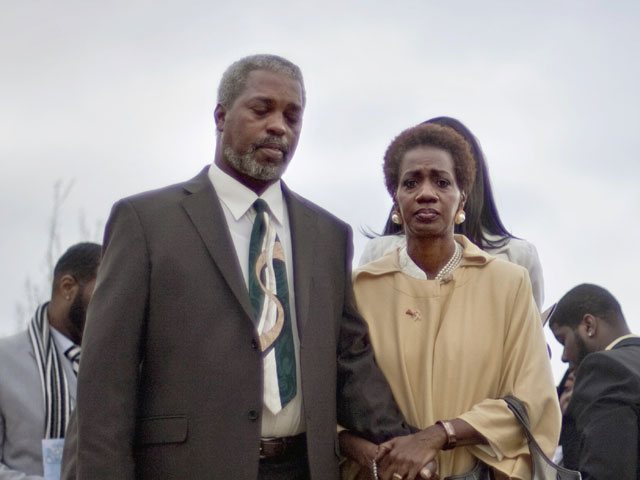 Florida A & M will be holding a mandatory anti-hazing seminar for students Wednesday -- but for Robert Champion, Jr., the instructional meeting is too late.

Police say that hazing played a role in the the 26-year-old Florida A&M drum major and student's death. He was found on the marching band bus on Nov. 19. According to a 911 call, he had just thrown up, and then stopped breathing. The caller explained that even though his eyes were open, he was unresponsive. Vomit was in his mouth when he died.

Four students, as well as the longtime band director, have been expelled in conjunction with the incident. But as CBS News correspondent Anna Werner reports, Champion's family says the response is still falling short.

"We send soldiers overseas to fight for us and we know the possibility that they might be in harm's way, but when you send your kid to college you don't think he going to come back in a body bag," Robert Champion Sr., the victim's father, told CBS News.

White claimed he repeatedly told administrators that hazing was a problem on campus, showing CBS News dozens of letters he said he sent to administrators. Over the years, he said he kicked out over 100 band members for hazing.

"Did I make those recommendations? Yes I did. Were they followed? For the most part no," he said.

Florida A & M President James Ammons said to CBS News the school always had zero tolerance for hazing, and every claim of hazing has been fully investigated and appropriate disciplinary action taken.

But the Champions said this the school's action isn't enough. Pamela Champion said that if the school is still following their standard procedures from before her son's death, then their methods still are not effective.

"It doesn't work at all. So, to hear someone say we done everything we supposed to do, it doesn't work, no," she said.

The family said they notified Florida A&M that they will be filing a lawsuit.