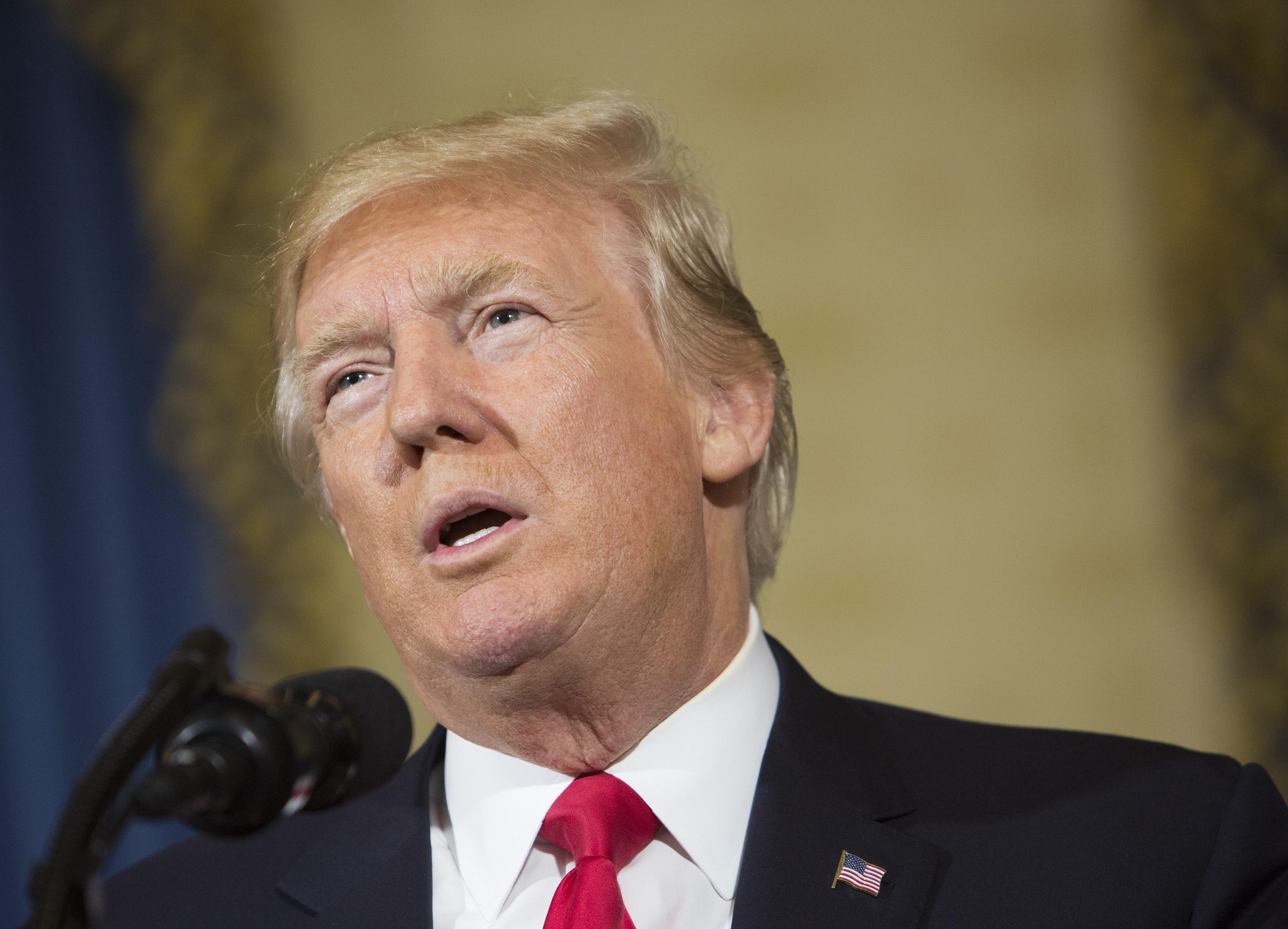 WASHINGTON -- President Donald Trump paints a rosy picture of an improved Department of Veterans Affairs under his watch where accessing electronic medical records is "so easy and so good" and health care is freely available without any delays. The problem: It's not true.

At a campaign-style event in Ohio this week, Trump's claims of progress were so overstated that even his own VA secretary, David Shulkin - who stood right next to him - would have to disagree.

"Since my first day in office, we've taken one action after another to make sure that our veterans get the care they so richly deserve," Trump said.

But the multibillion-dollar IT initiative Trump cites has yet to be even budgeted, and an alternative program of private-sector care he describes is running out of money and needs reauthorization by Congress. Government auditors and whistleblowers say problems of long wait times and shoddy care persist. Some VA improvements happened before Trump took office.

A look at some of the claims in his Youngstown speech Tuesday:

TRUMP: "We've begun to process seamlessly transferring veterans' medical records. Horrible situation. You couldn't get your medical records. And now it's so easy and so good. And the system is fixed, finally, after all of these years."

THE FACTS: While Shulkin announced plans last month to overhaul electronic records by replacing VA's aging information technology system, the multiyear effort has barely even begun. Shulkin has yet to negotiate pricing for the no-bid contract with the company that designed the Pentagon's system. The costs of a new IT system are not accounted for in Trump's proposed 2018 budget.

Shulkin says the new system, when it's complete, also will be used to schedule VA medical appointments. In a May 30 "State of the VA" address, Shulkin pointed to the VA's outmoded scheduling systems that would remain in place for several more years for excessive wait times for veterans.

Under questioning by Congress, Shulkin acknowledged the added costs of the IT upgrade could be substantial, running between $4 billion and $16 billion. He says the change will be "high risk" with no guarantees of a smooth roll out.

TRUMP: "We have Choice. ... We have nearly doubled the number of veterans given approvals to see the doctor of their choice."

THE FACTS: He's exaggerating the progress on this front. Trump is referring to the VA's Choice program, which offers federally paid medical care outside the VA. Put in place after a 2014 wait-time scandal at the Phoenix VA, the program allows veterans to see outside doctors if they must wait more than 30 days for an appointment or drive more than 40 miles to a VA facility.

VA's approvals to veterans to use Choice have grown under Trump, but they haven't nearly doubled. Shulkin wrote in a USA Today editorial this week that outside care programs for the first half of the year increased 26 percent over the same period last year.

The VA had assured Congress that the program's money would last until early next year. But Shulkin last month admitted that Choice suddenly faced a shortfall and would run out of money by mid-August. He cited excessive authorizations and poor budget planning.

Congress is now scrambling to provide billions in emergency money to fill the gap, or risk disruptions in veterans' care.

TRUMP: "We've published wait times at every VA facility. I used to go around and talk about the veterans and they'd stand on line for nine days, seven days, four days ... 15 days. People that could have been given a prescription and been better right away end up dying waiting on line. That's not happening anymore."

THE FACTS: Problems of delay or substandard care at some of the VA facilities have not disappeared.

The VA did begin publishing data in April on wait times at VA medical centers. Planning for it started 18 months earlier, under the Obama administration.

According to Shulkin's "State of the VA" report, the VA is "still in critical condition," with veterans waiting more than 60 days for new appointments at about 30 VA facilities nationwide. He also says about 1 in 6 primary care clinics is over capacity, "meaning veterans are not being seen soon enough."

On quality of care, the VA's inspector general issued urgent action reports in April and May, warning that patients at the Washington, D.C., VA medical center were being put at unnecessary risk of harm due to bad inventory practices, like potentially dirty syringes and medical supply shortages.

Shulkin has since ordered top-down reviews and removed the medical directors in Manchester and Washington.

THE FACTS: This may be the case, but it happened before Trump took office. Shulkin, an Obama administration holdover, publicized the effort as VA's undersecretary of health in April 2016, before Trump was elected. By late 2016, the department's blog announced that the goal of providing same-day primary and mental-health care when medically necessary would be achieved at every VA medical center by year's end.

A Dec. 23, 2016, article in the Harvard Business Review cites new same-day services at all VA hospitals as evidence of notable progress under former VA Secretary Bob McDonald "and his team." Shulkin told Congress in late January the services already were fully in place.

Transcript: Sen. Cory Booker on "Face the Nation"
Thanks for reading CBS NEWS.
Create your free account or log in
for more features.
View CBS News In
CBS News App Open
Chrome Safari Continue
Be the first to know
Get browser notifications for breaking news, live events, and exclusive reporting.