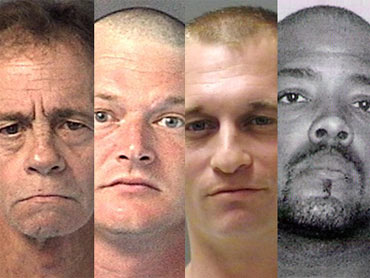 (AP /Escambia Sheriffs Dept)
PENSACOLA, Fla. (AP) Masked suspects, some dressed as ninjas, stole a safe and other items during a deadly break-in at the sprawling Florida home of a couple known for adopting children with special needs, authorities said Tuesday.

Melanie and Byrd Billings were shot to death Thursday in their nine-bedroom home in northern Florida. Escambia County Sheriff David Morgan hugged their sobbing adult daughter, Ashley Markham, at a press conference Tuesday to announce that three more people had been arrested, bringing the total to seven.

"It is my honor today to tell you, Ashley, and your family, we have found them and they are in custody," Morgan said.

Prosecutor Bill Eddins said the main motive was robbery and revealed for the first time that a safe was among items taken from the sprawling nine-bedroom home west of Pensacola. He would not say how much was in it or what else was taken. 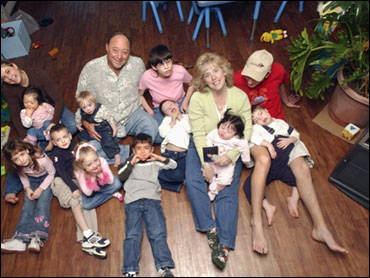 Nine of the couple's 17 children were home at the time and three saw the intruders but were not hurt.

He said investigators were still looking for at least one more person in the case and at least one of the suspects in custody may have done work at the Billings home. He has previously said the suspects had no direct connection to the victims.

Several of the suspects were day laborers who knew each other through either a pressure washing business or a car detailing group, Morgan said.

The break-in was captured by an extensive video surveillance system the Billings used to keep tabs on their children.

Surveillance video showed three armed, masked men arriving in the red van, entering through the front of the house and then returning to the vehicle. Others dressed in what the sheriff called "ninja garb" went in through an unlocked utility door in the back. They were in and out in under 10 minutes. 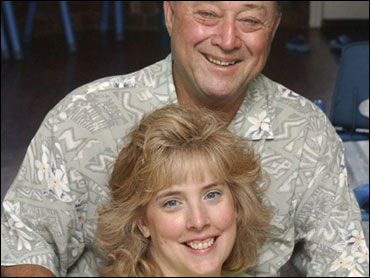 Morgan said, however, that there was no indication anyone had unlocked the door for the intruders, adding that people in the community felt comfortable leaving their doors unlocked.

The couple owned several local businesses, including a finance company and a used-car dealership. They lived in Beulah, a rural area west of Pensacola, near the Alabama state line, in a house set deep in the woods. They had 17 children in all — 13 of them adopted.

The arrests started Sunday with 56-year-old Leonard Gonzalez Sr., who was originally charged with evidence tampering but will be charged with murder, authorities said. He is accused of driving a red van seen on surveillance video pulling away from the Billings home and then trying to paint over it.

Tips from the public led police to the van on Saturday.

Another day laborer, Gary Lamont Sumner, 31, was arrested on a murder charge in a nearby county Monday after he was pulled over in a traffic stop. Three more people were arrested Tuesday — a juvenile whom police did not identify; Frederick Lee Thorton Jr., 19; and Donnie Ray Stallworth, 28.