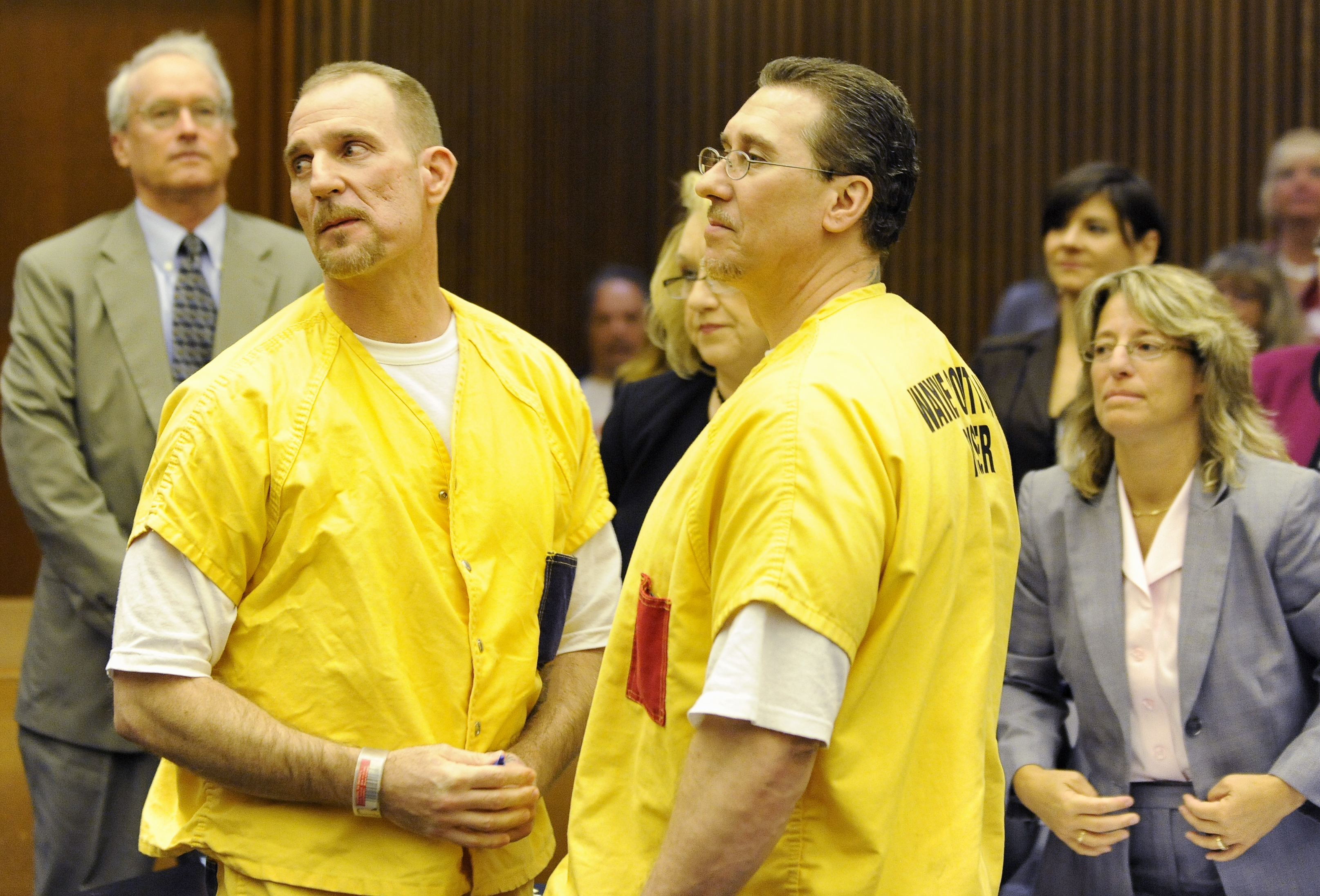 (CBS/AP) DETROIT - They served 25 years in prison for murder, but brothers Thomas and Raymond Highers walked free Monday evening thanks to Facebook posts that helped convince authorities to give them a new trial for a 1987 killing, reports the Detroit Free Press.

Wayne County Circuit Judge Lawrence Talon set bond Monday at $1,000 for each brother. They were released around 8 p.m. that same day.

Last month, Talon threw out the out Highers' first-degree murder convictions after hearing new testimony from witnesses who didn't come forward after the 1987 fatal shooting at a Detroit drug house. Prosecutors are appealing that decision, saying they doubt the new witnesses and argued that the brothers should remain jailed.

The brothers, both 46 years old and 11 months apart in age, were charged in the shotgun slaying of 65-year-old Robert Karey at his home. Karey was a longtime marijuana dealer whose clients included youths from the suburbs, according to the Detroit Free Press.

In 1988, Judge Terrance Boyle sentenced them to life in prison after they were convicted of first-degree murder and other crimes in a non-jury trial.

A 2009 chat on Facebook developed new evidence, the Free Press reported. The chat eventually led investigators to a carload of young people who never told police they were at Karey's house the night of the killing. Investigators and lawyers tracked down the witnesses and convinced some to testify.

The new witnesses, all recent graduates of Grosse Pointe North High School at the time, reportedly claimed they rode together to Karey's house to buy weed and two of them saw armed black men rush up to the back door. One of the witnesses heard a gunshot.

John Hielscher said in an affidavit that he saw the attackers at the drug house and they were black, according to The Associated Press. The Highers brothers are white.