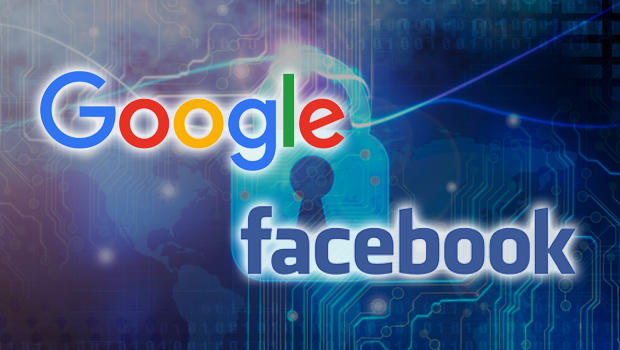 Two of the world’s biggest internet companies, Google and Facebook, are taking new steps to fight the rising tide of fake news — in other words, conspiracy theories and misleading information from no-name sites masquerading as news— that exploded on their platforms during this campaign cycle.

The problem has grown to the point that it is now too big to ignore. Both companies have come under fire for widely-shared fake news stories that spread false information about the candidates.

In a move disclosed Monday, Google said it will withhold lucrative digital ads from appearing on any sites that “misrepresent, misstate, or conceal information.” The new policy could give news and information sites greater incentive to avoid false headlines or risk losing revenue.

Google was on the defensive after it was discovered that the top search result for “final election numbers,” “final election results,” “who won the popular vote” and similar phrases, directed users to a fake news blog called “70news” which falsely claimed that Donald Trump had won the popular vote by 700,000 votes. In fact, although Trump won the Electoral College, he is losing the popular vote; according to the latest CBS News figures, Hillary Clinton leads by more than 798,700 votes nationwide.

As for Facebook, in the immediate aftermath of Donald Trump’s election, the company minimized the role fake news played in shaping public opinion in this unprecedented and vitriolic election cycle. Speaking at a conference in Half Moon Bay, Calif., on Friday, CEO Mark Zuckerberg said the idea that fake news on Facebook influenced the election outcome is “pretty crazy.”

Now, Facebook appears to be turning a corner and taking a more direct approach to curb the tide of fake news. The company confirmed that, like Google, it will work to keep advertising dollars away from fake new sites.

“We do not integrate or display ads in apps or sites containing content that is illegal, misleading or deceptive, which includes fake news,” a Facebook spokesperson said in a statement Tuesday to CBS News. “While implied, we have updated the policy to explicitly clarify that this applies to fake news. Our team will continue to closely vet all prospective publishers and monitor existing ones to ensure compliance.”

The statement applies to Facebook’s “Audience Network” policy, which covers ads on third-party mobile apps and sites that generate revenue for partners and for Facebook. The clarification does not affect fake news content shared by individuals on their own News Feeds.

For the world’s largest social network, fake news is proving to be a complex disease with no easy cure. And it’s a significant concern since a 2016 Pew study found that 44 percent of Americans read or watch news on Facebook.

This presidential campaign coincided with the meteoric rise of hundreds of highly partisan, Facebook-only pages that attracted millions of views and extremely high levels of user engagement, and often trafficked in half-truths and outright fabrications. A New York Times investigation called these hundreds of Facebook pages, from Occupy Democrats to Fed-Up Americans to RightAlerts to Addicting Info, the “most disruptive, least understood force in media.”

Facebook has had other missteps involving false information in its “Trending Topics” section. In August, Facebook apologized after its Trending section promoted a fake story claiming Fox News had fired anchor Megyn Kelly for being “a closet liberal who actually wants Hillary to win”; it came from the right-wing website End The Fed. In September, news organizations sounded the alarm after Trending promoted a so-called “9/11 truther” circulating the false claim that bombs and not terrorist-piloted planes brought down the Twin Towers in Manhattan. In both cases, Facebook removed the story from Trending.

On the eve of last week’s election, President Obama specifically pointed to the role of social media to help explain the current political climate.

“People, if they just repeat attacks enough, and outright lies over and over again, as long as it’s on Facebook and people can see it, as long as it’s on social media, people start believing it,” he said. “And it creates this dust cloud of nonsense.”