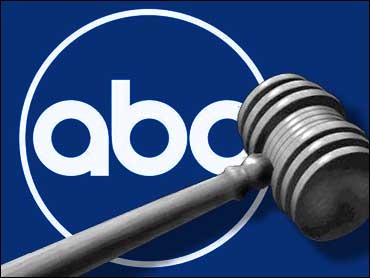 Five orphaned siblings who moved into a new dream home on the American hit television show "Extreme Makeover: Home Edition" are suing the ABC network, the company that built the house and the couple who took them in after their parents died.

The children range in age from 15 to 22. They claim that after "Extreme Makeover" built a new nine-bedroom mansion for them to live in with Phil and Loki Leomiti, the Leomitis engaged in "an orchestrated campaign" to drive them away by insulting them and treating them poorly.

Their complaint, which was filed Wednesday, alleges fraud and breach of contract. It seeks unspecified compensatory and punitive damages.

The children ultimately moved out of the Leomitis' home in Santa Fe Springs, California, a small city southeast of Los Angeles, and are living separately with friends, said Charles Higgins II, the eldest sibling.

Their complaint, which was filed Wednesday, alleges fraud and breach of contract. It seeks unspecified compensatory and punitive damages.

"What we're really seeing is the collision between reality TV and the perception reality TV seeks to create in the minds of the general public," said their lawyer, Patrick Mesisca.

ABC said in a statement that "It is important to note that the episode was about the rebuilding of the Leomiti family's existing home to accommodate the inclusion of the five Higgins siblings, whom the Leomitis had invited into their lives following the death of their parents."

People who answered the phone at the Leomitis' home initially said the couple had no comment and later referred questions to ABC and to Endemol USA, the television show's Dutch-owned production company. Endemol publicist Melissa Armstrong said the company had not yet reviewed the claim.

The parents of the Higgins children died 10 weeks apart in the spring of 2004 — the mother of breast cancer and the father of heart failure. The Leomitis, who knew the children from church, opened their home to them in July 2004, according to the lawsuit.

Producers of "Extreme Makeover" learned of the children's plight from a television newscast.

Workers demolished the Leomitis' house in February and then built the new one. "Extreme Makeover" producers arranged for the siblings to receive cars, groceries, computers, stereos and other gifts.

The builder, Pardee Homes, paid off the mortgage on the new house but the Leomitis retained the title, according to the lawsuit. Around the time the episode first aired in late March, the siblings moved out.

Mesisca, the attorney, acknowledged Wednesday that the siblings were never promised a house in writing. But the network's statements and actions could legally be considered a promise, he said.

"We were promised a home," said Charles Higgins II. "They broke that promise."