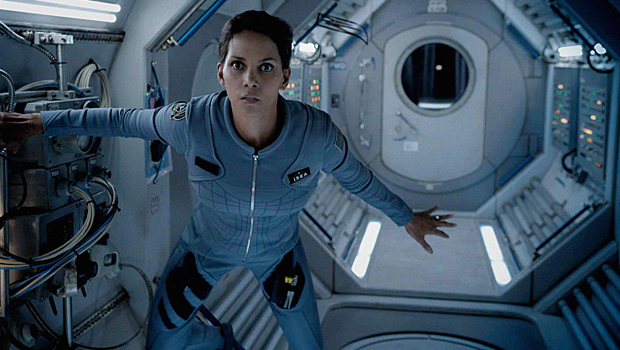 On the CBS sci-fi drama, "Extant," Halle Berry plays an astronaut who spends a year alone in space, only to return to Earth and find out she's been impregnated.

The second season, which premieres Wednesday night, has a new leading man, actor Jeffrey Dean Morgan. And as the series heads in a new direction, the two co-stars say they've been enjoying working together, reports CBS News correspondent Ben Tracy.

"Put it this way: Our crew sometimes gets very annoyed with us, because we just giggle a lot, laugh through takes, and we have found a really good way to have fun," Berry said.

Morgan said the chemistry has been fantastic -- and a love connection could be in the works for the two characters.

"I think it's safe to assume that sparks will be flying kind of immediately," Morgan said

Berry said this season of "Extant" focuses less on sci-fi and more on character-driven stories.

"It's also about what is being human? Can you teach someone to be human? And it delves into this whole issue of alien life. Are there life forms out there, and if there are, have they been here, have they connected with us, and if they have, are they human, like, at all?" Berry said.

It's been 13 years since Berry broke down a big barrier, becoming the first black woman to win the Oscar for best actress.

She said television is now where some of the best roles and writing can be found.

The 48-year-old also thought it might be a better fit while raising her two young children.

"Boy, that was a big mistake!" Morgan said.

They both said they can't wait for fans to see all the work they've put in on set for season two.

"I think it's a really good show and I think the story moves, and it's got a little edge to it -- and it's got friggin' Halle Berry, so I mean, what's not to tune in for?" Morgan remarked.

Berry said it's sexier this year.

"That's because of me," Morgan said.

"Yeah, it's sexier this year, that's for sure," Berry responded.

What decades of traffic stop data reveals about police bias