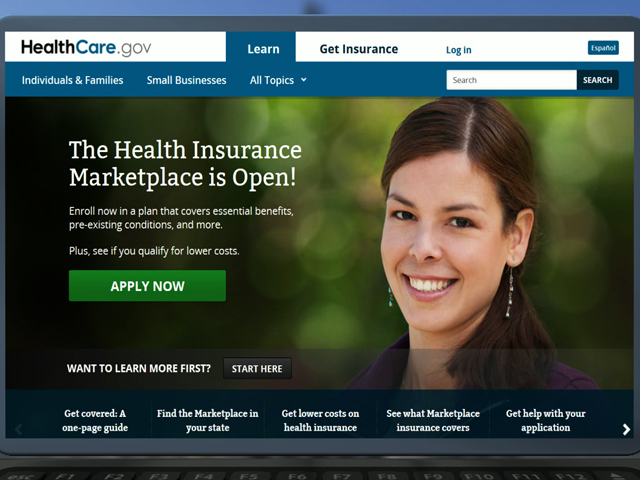 (CBS News) WASHINGTON -- There have been plenty of disruptions this month as people tried to buy health insurance on line. The new insurance exchanges set up under the president's health care law have been impossible to navigate for many. "CBS Evening News" has been doing a lot of reporting on how things went wrong with the software -- and there is more news behind the problems.

The administration claims the federal website for Obamacare isn't working because it's been swamped by high numbers of applicants. But software engineers say the website is bogging down all by itself because of poor design.

"The problem is largely structural," said Lev Lesokhin of CAST, a company that advises 250 businesses worldwide on website efficiency.

He said the website is slowing down because it transmits 10 times more computer code than is necessary.

"What we're seeing is way more burdensome than what you would expect with a typical consumer facing e-commerce website," said Lesokhin.

Sources say the administration added to the problems with a last-minute decision to have applicants open an account and prove their identity first, before they could shop for insurance. On a typical website, shopping for the product comes first. This crucial decision to not allow window shopping for insurance happened in late September, just before the website went live and millions of Americans tried and failed to open an account.

"They told us over and over again that they were going to be ready," said Congressman Fred Upton of Michigan, the Chairman of the House Energy and Commerce Committee.

He has called a hearing to investigate the problems next Thursday. The administration has promised cooperation.

But the person most responsible -- Health and Human Services Secretary Kathleen Sebelius -- who appeared on "The Daily Show with Jon Stewart" last week -- told the committee she is not available.

"When the secretary can talk to Jon Stewart and not to Congress, something's wrong," said Upton. "That's number one. But number two -- someone now needs to come tell us why they told us before that they were going to be ready and what are the reasons as to why they're not."

The most important question right now is can this website might be fixed at all? The administration still says yes, but it won't predict when. An official in the know told CBS News late Friday, "We are working 24-7. We are going to fix this. But we can't give you a timeline."