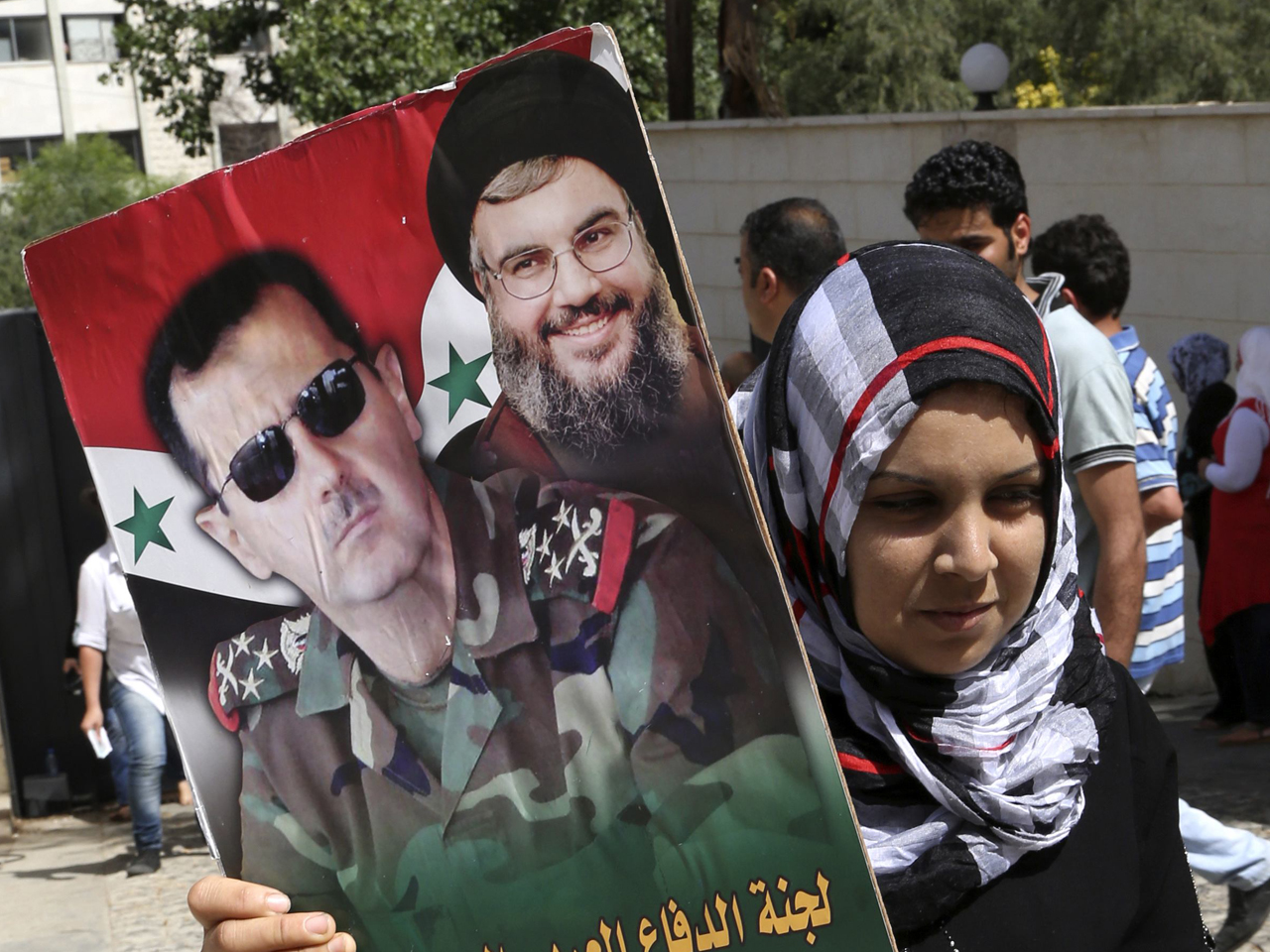 BEIRUT -- Thousands of supporters of Bashar Assad flocked to their embassy in Lebanon on Wednesday as expat voting started ahead of Syria's June 3 presidential election -- a vote highly contentious amid the civil war but one that is widely expected to give the Syrian president a third seven-year term in office.

The Syrian opposition and its Western allies have denounced the election as a sham designed to lend Assad a veneer of electoral legitimacy.

The government in Damascus, meanwhile, has touted the vote as the political solution to the three-year-long conflict that began as an uprising against the Assad family's more than 40-year rule.

In Lebanon, a country long dominated by its Syrian neighbor, and in the past three years, forced to deal with increasing incidents of spillover from the war next door, the election turned into a massive show of support for Assad.

A huge crowd was trying to make its way to the hilltop Syrian embassy in Yarze southeast of Beirut, clogging the entrances to the capital for hours.

Thousands of people arrived, some on the back of pickup trucks, others in cars and buses plastered with the Syrian white, red and black flags and pictures of the Syrian president. Many others abandoned their cars to walk the last few miles to the embassy because traffic was at a standstill.

"I came to vote for President Bashar Assad because we love him and he is a good man," said Abraham Dekermenjian, a Syrian of Armenian descent from Syria's war-devastated city of Aleppo. Dekermenjian, who works in a plastic factory in Aleppo, spoke as he took a break from walking, sitting on a pavement carrying a cigarette in his right hand and a bottle of water in the left hand.

Wahid Ibrahim al-Beik, a 30-year-old Syrian minibus driver in Lebanon, had a Syrian flag tied around his neck and a headband around his forehead that read: "Syria is protected by God."

There are about 1.1 million Syrians who live in Lebanon as refugees. Many among the refugees and opposition supporters abroad are expected to boycott the vote. There are two other candidates in the race but they are seen as mostly symbolic contenders and little known figures.

The first votes were cast hours before President Obama was expected to announce that he has given the okay for the U.S. military to train moderate, vetted Syrian rebels and increase support to them. CBS News correspondent Margaret Brennan said it would be the first time that the Obama administration acknowledged any form of training for the rebels, and would signal a new stage of limited U.S. involvement in the conflict.

A source with knowledge of the training program emphasized that it was a policy decision and that there would be a "very long" process before it was practically implemented. Last week, the Senate Armed Services committee authorized a train-and-equip mission, which created the legal groundwork for the Pentagon to provide support. While Mr. Obama's speech had not been finalized, officials with knowledge of the Syria policy told CBS News they "fully expect" Obama to reference training.

Expatriate voting was to take place in Syrian embassies and consulates abroad where the staff has not defected to the opposition. Some European countries including France and Germany have said they will not allow Syrian expatriate voting to be held in their capitals.

Polls would be open from 7 a.m. to 7 p.m. but Syrian Ambassador in Beirut Ali Abdel-Karim Ali said voting could be extended further into the evening.

In Amman, Jordan, whose government has supported the rebels trying to topple Assad, the picture was different. Dozens gathered outside the Syrian embassy to protest the voting. Some carried placards that read: "Anyone who votes has no morals."

"My son was one of the people who started the protests against the regime. He was unarmed but they killed him," said a Syrian woman from Damascus who identified herself as Um Mutazz al-Shaar. She said all those who were coming to vote were doing so out of fear.

Lima Darazini, a pro-government voter from Aleppo, said she voted for Assad.

"Why? Because we used to live in safety during his rule, and because we love him."

The government in Damascus touts the June 3 election as a referendum on Assad's violent crushing of the armed rebellion that began as an uprising against his rule.

Assad has maintained throughout the conflict that the revolt is a Western-backed conspiracy targeting Syria because of its regional clout as leader of the Arab nationalistic and anti-Israel axis.

Despite the carnage in Syria, Assad has maintained significant support among large sections of the population, particularly among Christians, Alawites and other religious minorities in Syria. That support has been reinforced as Islamic militants gained more strength among the rebels fighting to topple him.

Assad hails from the minority Alawite sect, an offshoot of Shiite Islam that has ruled Syria for the past four decades. The overwhelming majority of rebels are Sunni Muslims.

The conflict, now in its fourth year, has killed over 162,000 people and displaced one-third of Syria's prewar population of 23 million. It has destroyed entire cities and towns, left the economy in tatters and set alight sectarian hatreds in a society once known for its tolerance.