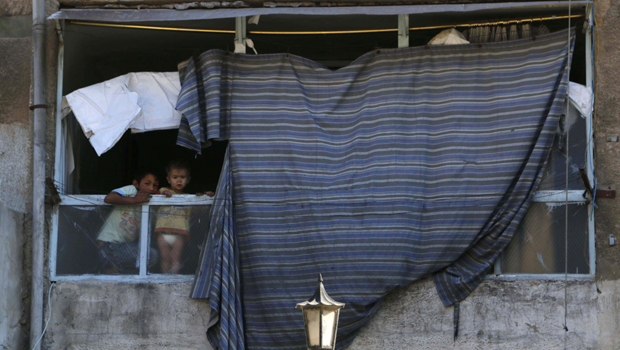 President Obama is expected to mention on Wednesday that he has green lit the decision to train moderate, vetted Syrian rebels and increase support to them. This would be the first time that the Obama administration acknowledged any form of training and would signal a new stage of limited U.S. involvement.

A source with knowledge of the program emphasized that this is a policy decision and that there will be a "very long" process before implementation of it. Last week the Senate Armed Services committee authorized a train-and-equip mission, which created the legal groundwork for the Pentagon to provide support. While the speech has not been finalized, officials with knowledge of the Syria policy say they "fully expect" Obama to reference training.

Oubai Shahbandar, a strategic communications adviser for the Syrian Coalition, welcomed the news.

"The decision to expand support to opposition forces to include an expanded American training program for the moderate Free Syrian Army reflects positively on the growing strategic cooperation between the U.S. and the Syrian Opposition," he said.

The speech comes less than two weeks after Obama welcomed the leader of the main Syrian opposition group, Ahmad al Jarba, to the White House for the very first time. Jarba also met with Secretary of State John Kerry and other senior defense officials. Brigadier General Abdel Ilah Bashir, the representative of the armed moderate rebels known as the Supreme Military Council, accompanied Jarba on that trip to the U.S. Shahbandar pointed to the announcement as proof that the recent meetings "are bearing fruit."

In an interview with CBS News in Israel on May 15, Secretary of Defense Chuck Hagel acknowledged that the U.S. was considering training the rebels and said that Jarba "represents a moderate opposition group that we listen to and we're going to continue to support."

When pressed as to whether the U.S. would train the fighters aligned with Jarba and Bashir, Hagel said: "Well, all those are possibilities that we look at so how do you do it, where do you do it, there are a lot of questions that have to be thought through as well."

Yet multiple U.S. officials said that whether the program would be overt under this new authority or quietly conducted by special operations forces acting under CIA auspices is still being decided. One blue print of a covert program would include Gulf states bankrolling the training which would occur in a number of various locations. Arab states, while supportive both politically and financially, have been hesitant to publicly provide territory for training out of fear of becoming enmeshed in the conflict.

A smaller scale covert program overseen by the CIA has already been underway in Jordan for about a year. This new program - in whatever form it takes -- would increase the number of those being trained so that they could then return to Syria to fight and train others to do so as well.

The willingness at the White House to consider scaling up training of the rebels can be partially attributed to the increased concern among national security advisers that extremists are gaining ground in Syria, which has become a magnet for al Qaeda and other Islamist groups that could potentially pose a threat to the U.S.

"There is growing recognition that the Assad regime is an enabler of extremism," Shahandar said and noted that the training will help rebel fighters counter both Assad's militias and al Qaeda.

The White House has been under constant pressure by Gulf allies, most vocally Saudi Arabia, to counter the terror threat emanating from Syria. Still Pentagon officials remain hesitant to provide the MANPADs and other surface to air weapons requested by the rebels. The fear is that the equipment could make its way into the wrong hands and potentially be used against Western targets. However, earlier this month, Jarba made requests for the U.S. to green light a third party to deliver heavy weaponry outfitted with tracking devices to insure the weapons remained with the vetted fighters.

Gulf allies are also concerned that recent advances by the Assad regime on the battlefield are proof that Iran and Russia are effectively shifting the balance of power in the Middle East at a time when the Obama administration has been reluctant to assert influence.