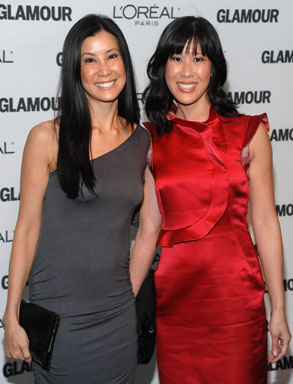 Author Leon Uris, an immigrant's determined son who made it big with the million-selling "Exodus" and other widely popular novels, has died, his ex-wife said Tuesday. He was 78.

His latest work, titled "O'Hara's Choice," was set for release in October, she said, but illness had prevented him from making plans for a promotional tour.

"He had been quite ill this year and was not traveling," Jill Uris said, adding that, though divorced in 1989, the couple had remained friends.

One of his earliest works, the 600-page "Exodus" published in 1958, was a sensation as millions read Uris' detailed, heroic chronicle of European Jewry from the turn of the century to the establishment of the state of Israel in 1948. The novel was translated into dozens of languages and was even distributed secretly in communist countries.

"Exodus has been the Bible of the Jewish dissident movement in Russia," Uris told The Associated Press in a 1988 interview. "It's referred to as 'The Book."

Energetic and unafraid, the author was as much an adventurer as a writer, traveling tirelessly and sometimes risking his life. In researching "Exodus," he logged thousands of miles and ended up reporting on the 1956 conflict in the Middle East.

Uris also endured some of his own battles, feuding with directors Otto Preminger and Alfred Hitchcock, and fighting lawsuits for both "Exodus" and the thriller "Topaz."

"I used to think of myself as a very sad little Jewish boy, isolated in a Southern town, undersized, asthmatic," Uris told the AP.

"When I read all my correspondence again, I realized I was a hustler," he said. "I was tough. I used everything to my advantage. I could be very ruthless. I hurt a lot of people on the way up."

Uris' other novels included "Trinity," an epic best seller about Ireland; "QBVII," a courtroom drama based on his legal troubles with "Exodus"; and "Mila 18," about the Jewish uprising in Warsaw during World War II.

"Mila 18" was also an unintentional influence on both American publishing and American slang: Its title convinced a rival publisher to chance the name of an upcoming novel, by a then-unknown Joseph Heller, from "Catch-18" to "Catch-22."

Uris' most personal novel, "Mitla Pass," came out in 1988 and closely follows the lives of the author and his family. The book begins in Israel in 1956 during the time of the Suez Canal crisis and centers on the experiences of Gideon Zadok, a writer covering the incident.

The novel then traces Zadok's ancestry back to the 1880s, allowing various relatives to tell their stories.

"I was looking for a legacy to leave my new family and my grandchildren," Uris told the AP. The author married three times and had two children.

"I wanted to leave them with a story of what their old man did and let them know he was not infallible. ... You spend the second half of your life getting over your first half," he said.

Like Zadok, Uris was born in Baltimore and spent several years growing up in Norfolk, Va. His father, Wolf William, was a paper hanger and storekeeper.

"I think his personality was formed by the harsh realities of being a Jew in Czarist Russia," Uris told the AP. "He was basically a failure. He went from failure to failure. I think failure formed his character, made him bitter.

"I think I can say without hesitation that from earliest memory I was determined not to be a failure."

Uris failed English three times and never graduated from high school. But he pushed on with his life. He served as a marine in World War II and afterward began submitting articles to magazines. He finally had a piece, "The All American Razzmatazz," published in the January 1951 issue of "Esquire."

His first novel, "Battle Cry," a story about the marines, was released in 1953 and made into a film. Two years later, he came out with "The Angry Hills," a spy novel, and in 1956, traveled to Israel to begin research on "Exodus."

Controversy helped "Exodus" sell when Uris was accused of libel for his depictions of Dr. Wladislav Dering, whom the author identified as a war criminal. In 1964, a London court ruled in favor of Dering, but awarded him minimal damages and made him pay court costs.

In 1960, "Exodus" was released as a feature film, starring Paul Newman. Uris was originally involved with the screenplay, but was reportedly dismissed after a dispute with director Preminger. Nine years later, he was reportedly fired by Hitchcock from the adaptation of "Topaz."

After "Exodus," Uris traveled throughout Eastern Europe interviewing Holocaust survivors for "Mila 18." Critics didn't care for the novel (they didn't care for most of his books) but Uris would call it his proudest achievement, "the one thing I wrote not caring if it sold ten copies or ten thousand. I simply had to tell a story."

More controversy came with "Topaz," an espionage story involving the French government. Uris' principal source was Phillipe Thyraud de Vosjoli, an exiled French diplomat who gave the author information about the French Intelligence Service. In 1968, a year after "Topaz" came out, Vosjoli sued Uris for reneging on a profit-sharing agreement.

In the 1970s, Uris would enjoy great success with "Trinity," a typically encyclopedic novel, this one about Ireland. For the story of three Irish families from the mid- 19th century to the Easter Rising of 1916, Uris was given the Irish Institute's John F. Kennedy Award in 1976.

Writing in The New York Times Book Review, Pete Hamill criticized Uris for the "excess baggage of exposition and information," but concluded "None of that matters as you are swept along in the narrative. Uris is certainly not as good a writer as Pynchon, Barthelme or Nabokov; but he is a better storyteller."