Dressing up executive compensation as the salvation of regulatory reform is the best Halloween costume of the year. 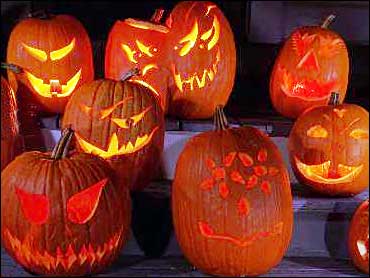 (AP)
Limiting executive compensation is a terrific way to appease the masses and make it look like you're doing something without having to embark on the hard work of true regulatory reform. Of course it bugs us to watch Wall Street honchos going back to business as usual, but let's not take our eyes off the ball here - there are lots of scary issues that need attention and I'm not sure compensation tops the list.

Watch the PBS special "Frontline:The Warning" to see why regulation of the derivatives market is imperative and trumps compensation by a long shot when it comes to needed reform. You'll see how our heroine, Brooksley Born is shut down by the evil trio of Robert Rubin, Larry Summers and Alan Greenspan. Then there's the ominous conclusion that nothing has changed to avert future disasters. "It'll happen again if we don't take the appropriate steps," Born warns. "There will be significant financial downturns and disasters attributed to this regulatory gap over and over until we learn from experience."

In addition to derivatives, we need comprehensive reform that addresses interconnected institutions and part of that process must include establishing a mechanism to unwind large financial institutions. Despite former Citigroup CEO Sandy Weill's advice not to get "caught up in a debate over 'too big to fail'" (subscription required), a year after the fall of Lehman Brothers, there's still no resolution authority in place to address large institutional failures.

This week, we might see some progress - the House Financial Services Committee is going to discuss how to manage "too big to fail" organizations. (Sorry Sandy, some of us actually think that financial supermarkets like Citigroup need a better tool to weather a financial crisis than direct taxpayer assistance!) The model for resolution authority already exists: the FDIC has overseen 106 bank failures this year, without depositors losing a penny.

As long as we have mega-banks and scatter-shot regulatory oversight, the real issues within the financial sector will continue to plague the system — and compensation limits won't address those issues.