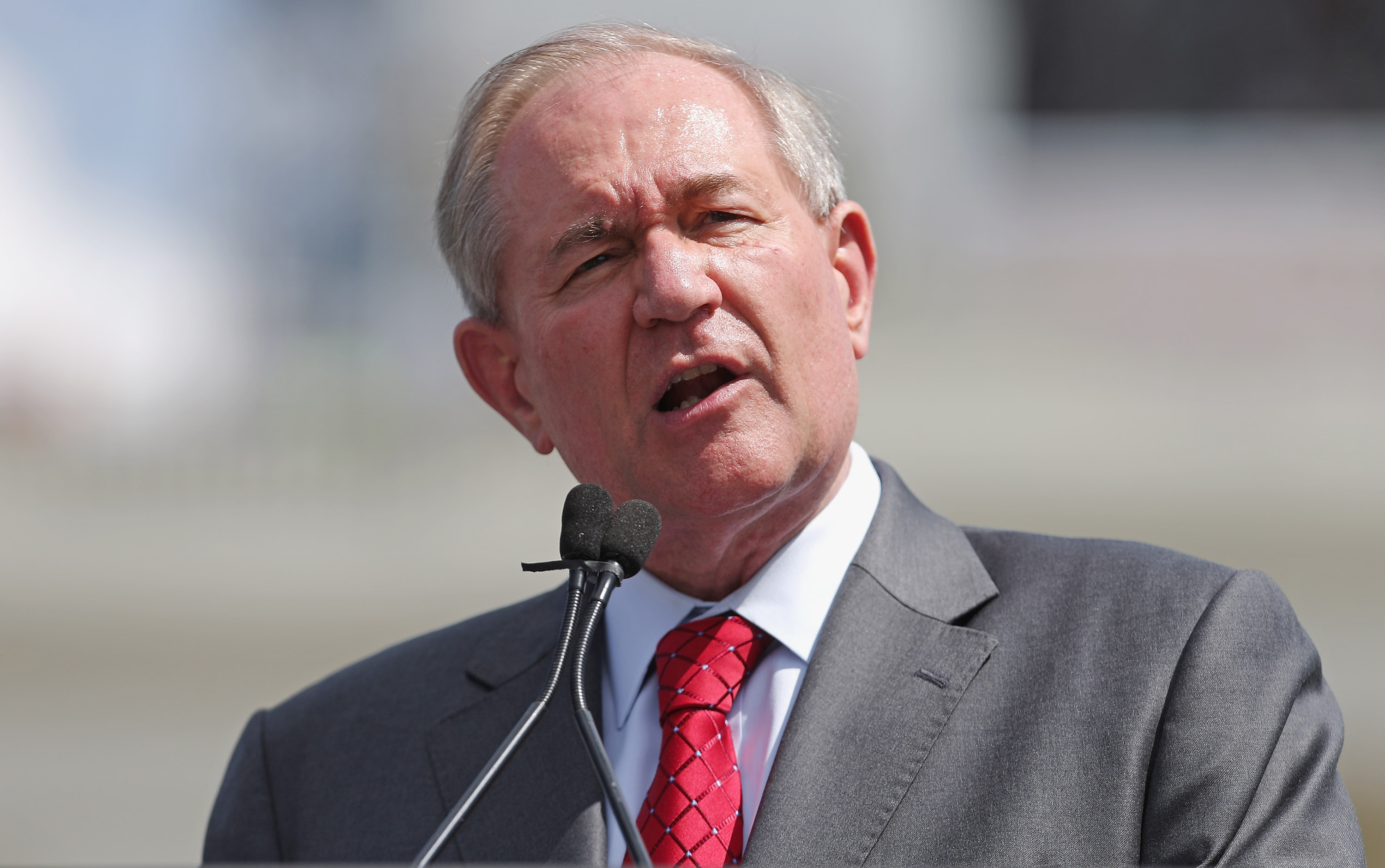 Former Virginia Gov. Jim Gilmore on Friday announced he was dropping of the 2016 GOP presidential race.

His campaign announced the news in a press release, which said the difficulty of the Republican debate structure and media coverage of other candidates made it "impossible" for him to continue his bid.

"My campaign was intended to offer the gubernatorial experience, with the track record of a true conservative, experienced in national security, to unite the party," Gilmore said. "My goal was to focus on the importance of this election as a real turning point, and to emphasize the dangers of continuing on a road that will further undermine America's economy and weaken our national security."

Gilmore, who served as governor of Virginia from 1998 until 2002, launched his White House bid in July, becoming the seventeenth Republican to enter the race. He served as chairman of the Republican National Committee in 2001 and emphasized throughout the race that he was the only military veteran running for president.

Gilmore is the third Republican to drop out of the race just this week: New Jersey Gov. Chris Christie and Carly Fiorina also suspended their bids after not gaining enough traction in last week's Iowa caucuses or Tuesday's New Hampshire primary.