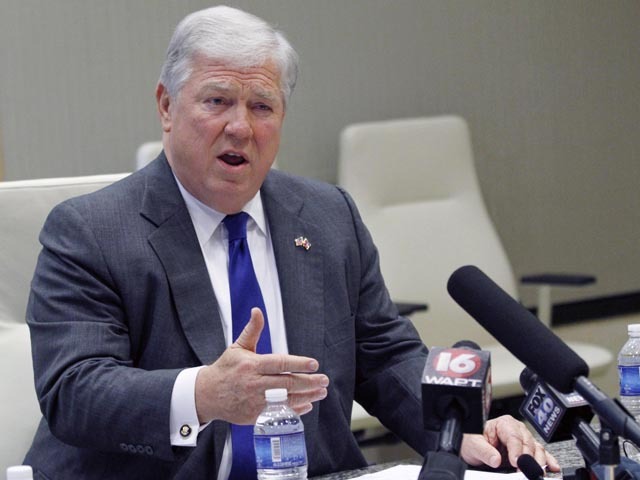 RIDGELAND, Miss. - Former Mississippi Gov. Haley Barbour said Friday he's "very comfortable" with his decision to grant pardons or other clemency to more than 200 people, including convicted killers, in his last days in office.

Barbour said Friday during his first interview on the pardons that nearly 190 of the people who got pardons or other reprieves had already been released from prison before his actions. Only 10, he said, have been or will be fully released from prison.

Barbour said he's "fully confident the pardons and other clemency I have given are all valid."

He said it's a tradition in Mississippi for governors to free the trusties who worked at the Governor's Mansion. Four inmates freed this past weekend are convicted killers who worked as trusties.

And the former governor said he's not concerned that the freed trusties might harm anyone. "I have absolute confidence, so much confidence, that I'd let my grandchildren play with these five men," the Republican said.

He said he regretted he did not more quickly explain that most of the people who received clemency were already out of prison and some had been for years.

"Let's get the facts straight. Of the 215 who received clemency, 189 were not let out of jail. They were already out of jail," he said.

Businesslike in tone, but chafing at repeated questions about whether he thought the pardoned killers might commit other crimes, Barbour said Mississippians are mostly Christian people.

Barbour said only 10 have been or will be fully released from prison. Barbour said it's a tradition in Mississippi for governors to free the trusties who worked at the Governor's Mansion. He said corrections officials pick those people, who are usually men convicted or crimes of passion.

"I believe in second chances and I try hard to be forgiving," he said. "I am very comfortable and totally at peace with these pardons."

Barbour said he didn't anticipate the pardons would become centered on politics, though he expected some backlash.

"What I didn't think was that politicians would go out and tell the public we let 200 people out of the penitentiary. I didn't anticipate this would be all about politics," said Barbour, who left office earlier this week.

Attorney General Jim Hood, the only Democrat remaining in statewide elected office in Mississippi, denounced Barbour's actions as "shameful" and possibly unconstitutional. Hood went to court Wednesday to seek a halt to the releases, saying his investigation showed some of the inmates hadn't completed a constitutionally required notification to the public in areas where their crimes were committed.

Hinds County Circuit Judge Tomie Green ordered that the release of 21 inmates be put on hold until it could be determined they met the requirements.

Authorities say three former Governor's Mansion trusties who were pardoned in Haley Barbour's final days as governor have called to check in with the Mississippi Department of Corrections.

Corrections officials have not yet heard from David Gatlin and Joseph Ozment, both convicted killers.

McCray was originally sentenced to life in prison, according to CBS News correspondent Anna Werner. He received a pardon for the murder of his wife Jennifer, whom he shot in the back in 2001 following an argument. He was characterized as someone who "proved to be a diligent and dedicated workman," according to the pardon.

"I don't doubt he didn't do a good job," Jennifer's sister Joanne Martin told CBS News, "but it doesn't make it right that he should be pardoned for a murder."

On Friday, Barbour said some of the same Mississippi politicians who attacked him had also asked him to pardon people.

Barbour said his father died when he was 2 years old. And when his grandfather, a judge, became disabled, an inmate was assigned to help him.

"I watched the power of a second chance and what it did for Leon Turner," he said.

Barbour often evoked his Christian faith as he talked with reporters at the Jackson-area law office where he now works.

"You do not want to take away hope and the opportunity for a second chance, particularly when you see what our religion says," he said.

Barbour said the corrections department picks inmates who work at the Governor's Mansion. Typically, they are men who committed crimes of passion.

Corrections officials assign them, he said, because they are not likely to commit another violent crime and make good workers.

Barbour, 64, is a former Republican National Committee chairman. He considered seeking the GOP nomination for president but decided in April 2011 that he would not do so.

He is now on the paid speakers' circuit and works for the law firm and for BGR, the Washington lobbying firm he founded two decades ago.