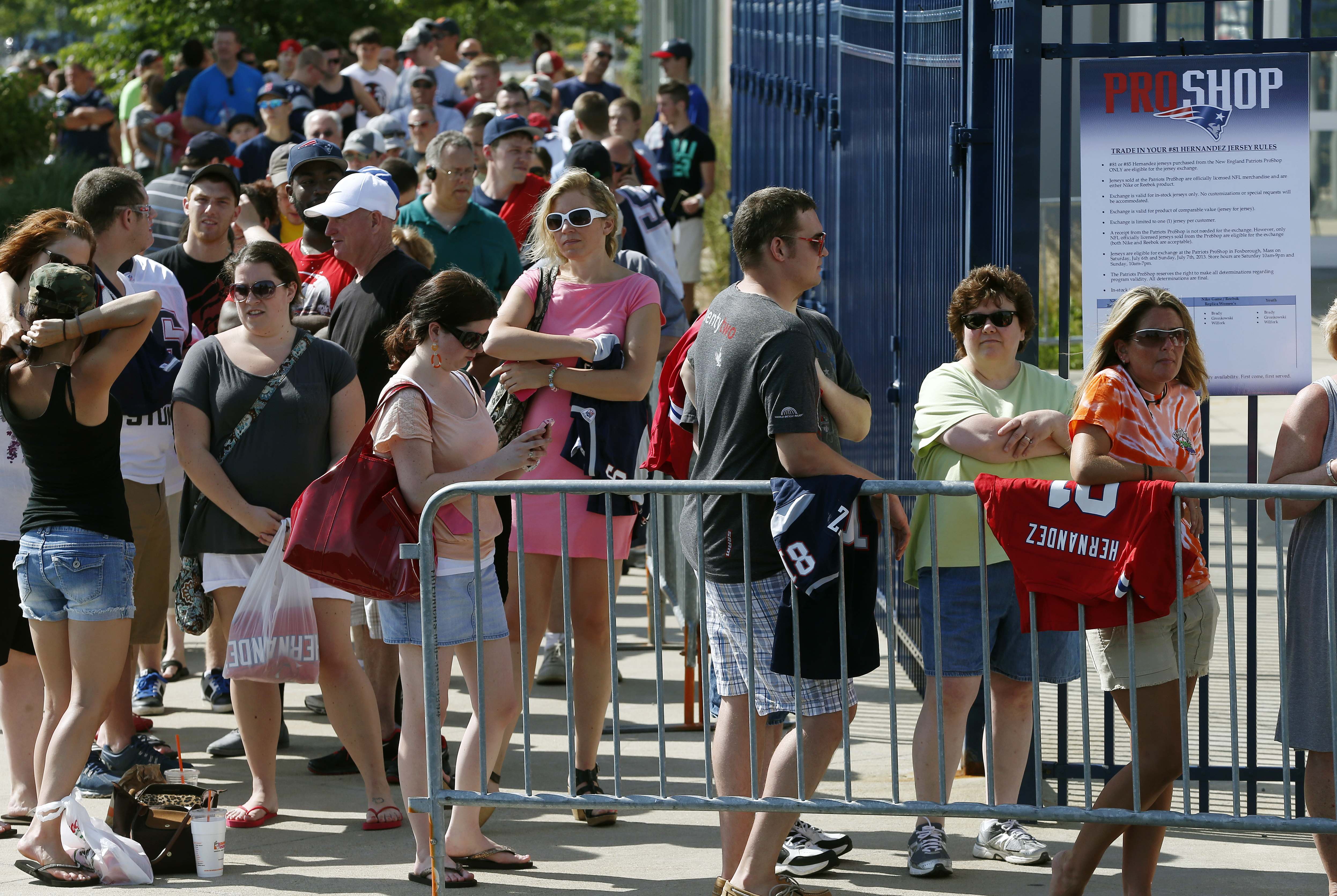 FOXBOROUGH, Mass. Hundreds of one-time fans are trading in their Aaron Hernandez jerseys.

The New England Patriots are letting fans trade in their No. 81 jerseys for a different one on Saturday and Sunday.

The ex-Patriots tight end has been charged with the murder in the death of 27-year-old semi-pro football player Odin Lloyd. He has pleaded not guilty.

The Patriots released Hernandez shortly after he was arrested on June 26.

The jerseys must have been purchased at the team shop at Gillette Stadium or its online store.

Celebrity fans of every NFL franchise

Bull rider who conquered legendary Bushwacker: I was lucky