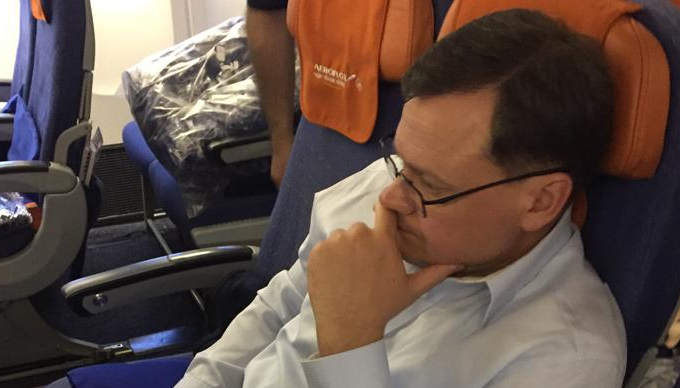 Buryakov, 42, was sent to Russia on commercial flights, escorted by deportation officers and turned over to Russian authorities, U.S. Immigration and Customs and Enforcement (ICE) said in a news release Wednesday.

Buryakov worked in the U.S. for several years as an agent of Russia’s foreign intelligence agency, according to court documents and ICE. He operated under non-official cover -- meaning he was in the U.S. as a private citizen -- and posed as an employee in the New York office of Vnesheconombank, or VEB, a Russian bank.

Buryakov was arrested in 2015 and pleaded guilty last year to conspiring to act as a secret agent for Russia in the U.S. without informing the attorney general, as required by federal law.

He was released from prison on Friday, went into ICE custody and was put on an Aeroflot plane on Wednesday morning. A spokesman at the Russian Embassy in Washington, D.C., told CBS News that Buryakov was in Moscow.

Buryakov was part of a spy ring that also consisted of two Russians accredited to Russian government institutions in the U.S., CBS News’ Triay reports. According to court documents, one of the men, Victor Podobnyy, reached out to Carter Page, who eventually became an adviser to then-President-elect Trump.

“I shared basic immaterial information and publicly available research documents with Podobny who then served as a junior attaché at the Permanent Mission of the Russian Federation to the United Nations,” Page said in an emailed statement to CBS News. “In doing so, I provided him nothing more than a few samples from the far more detailed lectures I was preparing at the time for the students in my Spring 2013 semester ‘Energy and the World: Politics, Markets and Technology’ course which I taught on Saturdays at New York University.”

The contact with the Russian intelligence officials happened in 2013, before Page’s association with the Trump campaign.

Page was not charged.