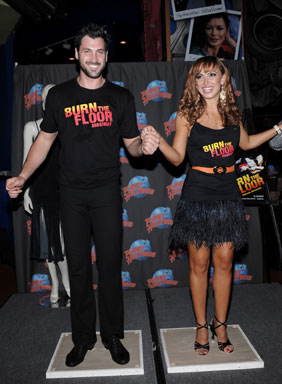 Black market dealing in organs for transplant must be stemmed to protect human dignity, experts at a meeting of European health ministers said Friday.

The topic wasn't on the agenda of the seventh annual Conference of European Health Ministers, but it was discussed among members of the 35 delegations meeting here from among the 45 countries in the Council of Europe.

Gabriella Battaini-Dragoni, director general of the Council's social issues unit, said at a press conference following the meeting that the Council of Europe will release a new report in about two weeks on the illegal traffic.

According to a preliminary draft, obtained by The Associated Press, there are about 40,000 Europeans on waiting lists for donor kidneys, and, because of a chronic shortage of transplantable organs, 15 to 20 percent of them die before organs become available.

The waiting time for a legally acquired organ, now about three years, is expected to reach 10 years by 2010, the report says. Because of that, some people have sold their own kidneys on the black market.

The report, which looks at organ trafficking only within Europe, expresses concern about the practice throughout eastern Europe.

The report will be examined by members of the council and could be revised before it's formally presented. It didn't identify where the organ buyers were from.

At the Oslo meeting, the council called for measures in Europe to make access to medical treatment a basic human right and sought more cooperation to fight cross-border health threats such as severe acute respiratory syndrome, or SARS.

"Health is no longer an issue confined to nations and within national borders," Norwegian Health Minister Dagfinn Hoeybraaten said at the press conference after the ministers meeting.

In the Oslo meeting's six-page declaration, the conference called for steps to ease inequalities in access to health care both within and between different countries in Europe.

It also urged countries to give "high priority to identifying the needs of all those individuals and groups who are socially excluded and mobilize the necessary human and financial resources for an appropriate response to their health needs."

The ministers pointed to the need to respond to a changing Europe, where increasingly open borders could speed the spread of an epidemic from one region to another.