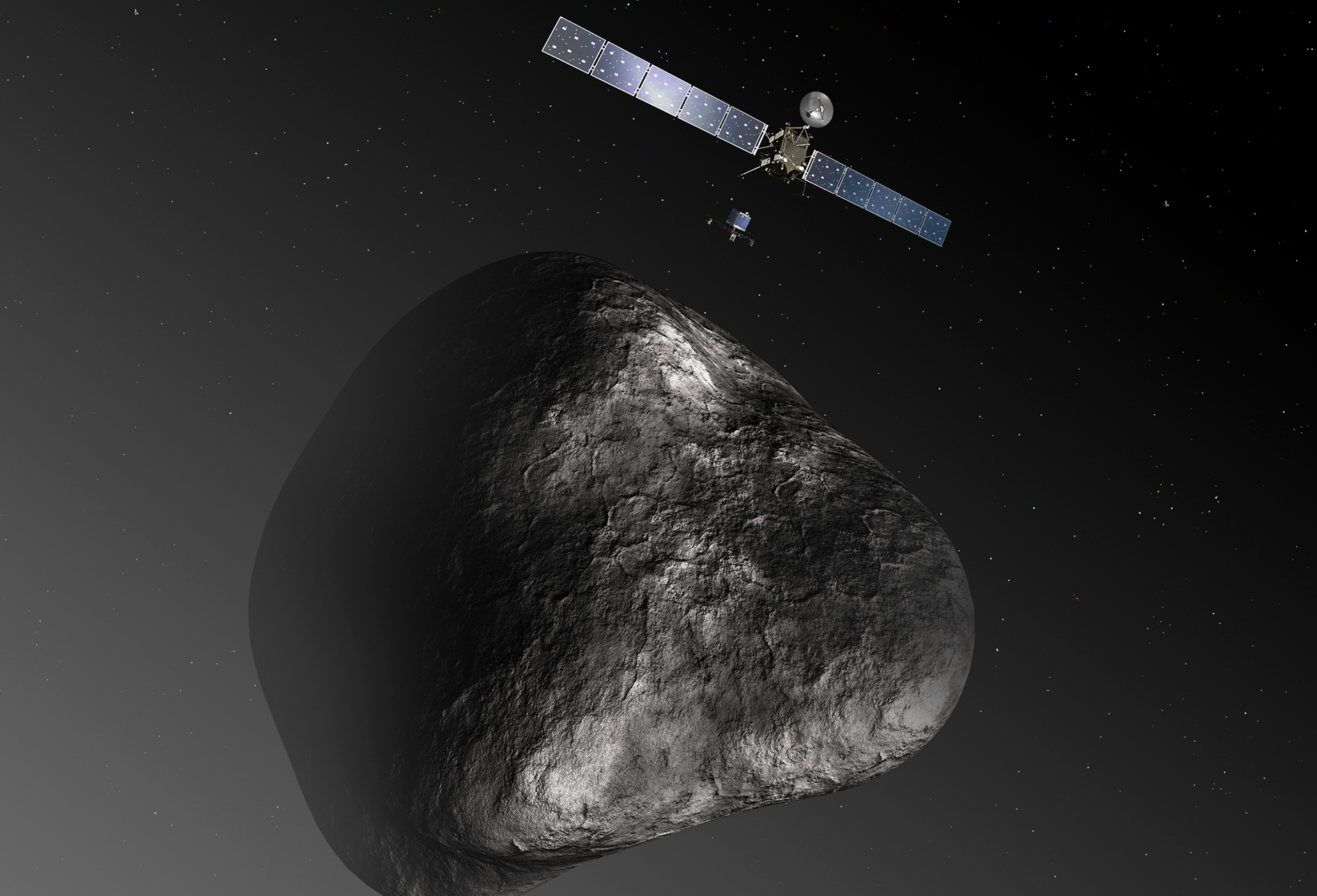 The European Space Agency is planning to land a probe on a comet by this time next year. The Rosetta probe is already in space, where it has been in hibernation for more than two years. On Jan. 20, 2014, it will be roused back into action.

Scientists are hoping it will wake up fit and ready for the final stage of its daring mission. There is little room for mistakes as the coming months involve a high-speed chase, a delicate dance around comet 67P/Churyumov-Gerasimenko, and finally the precision drop of a lander onto its icy surface — set for Nov. 11, 2014.

"Imagine trying to parachute onto the tip of a mountain," said Paolo Ferri, head of mission operations at the European Space Agency.

Launched in 2004, Rosetta has already spent almost 10 years in space preparing for its big day. The probe had to conduct three fly-bys of Earth and one of Mars, taking advantage of the planets' gravity to accelerate sufficiently to intercept comet 67P as it orbits the sun at speeds of up to 62,000 mph.

The spacecraft has been hibernating for 31 months in order to conserve energy. ESA has been using the time to solve two glitches that could jeopardize the mission: a problem with two of the four 'reaction wheels' used to turn the spacecraft, and a small leak of helium that could affect the thrusters which are vital for its final maneuvers.

"This is making our life more difficult," Ferri acknowledges. But engineers have found workarounds.

Why Oklahoma's earthquake tremors may have calmed down

At Mexican site, signs of brutal sacrifice of Spaniards

If the wakeup goes smoothly, the probe's instruments will slowly switch themselves back on. It will need a few hours to warm up before scientists can be sure the spacecraft is in full working order and communication is restored.

The following months will involve a gradual approach of 67P, as Rosetta gently slows down and eventually draws up alongside the comet in what Ferri likened to two planes flying in formation. This will give the mission team time to take plenty of pictures of the comet, which is about 2.5 miles in diameter, and identify a good landing site.

At the moment scientists are divided over whether to pick a site close to the comet's three active regions — where matter appears to be released into space — or to stay away from them to prevent dust from harming the lander's sensitive instruments.

The lander — called Philae — will drop onto the surface of 67P and latch on using a harpoon, to prevent it from drifting off into space due to the comet's weak gravity. Using drills, it will dig up samples and analyze them using on-board instruments.

Researchers hope to gain fascinating insights from the results, because comets have remained largely unchanged since the beginning of the universe.

"This time capsule's been locked away for 4.6 billion years," said ESA's director of science Mark McCaughrean.

One key question scientists hope the mission can help answer is whether comets are responsible for the water on Earth, he said.

The effort is different from NASA's Deep Impact probe, which fired a projectile into comet Tempel in 2005, hurling a plume of matter into space for scientists to study. That mission was more of a sniper shot compared to the extended rendezvous the ESA is planning for its spacecraft.

In a publicity campaign, the ESA is inviting people to send in "Wake up Rosetta" video messages. The top 10 videos will be transmitted to the probe, according to an ESA statement, and two grand prize winners will invited to the celebration at the control center in Germany after the probe successfully lands on the comet.