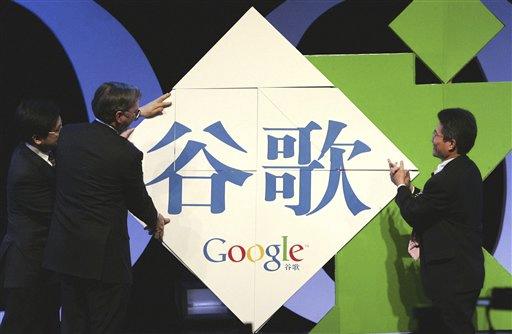 For the first time ever, NASA is setting off on a collision course with a comet, in hopes of blasting a huge hole in the celestial snowball and gazing upon the original ingredients of the solar system preserved inside.

It all begins with a planned Wednesday launch of Deep Impact, a copper-fortified, comet-busting spacecraft.

The probe will provide scientists with priceless information about comets, long considered the foundation of the universe, reports CBS News Correspondent Peter King.

"Generally, comets are what made up the giant planets or at least their cores, and in a late state of evolution of the earth they brought all of the organics and all of the water to earth and to other terrestrial planets as well," said the University of Maryland's Michael A'Hearn, the principal scientist.

NASA has a single second — at precisely eight seconds past 1:47 p.m. — to send Deep Impact on a 268 million-mile, six-month voyage to Comet Tempel 1. Good weather is forecast, cheering scientists who are up against a firm two-week deadline for launching the probe.

"We have stories going back several thousand years about how comets have been seen as omens of things to come on earth, and so the mystique has developed around that - omens of both good things and bad things," A'Hearn told King.

Once In A Blue Moon

Scientists have no idea what Comet Tempel 1 looks like. They don't know whether the spacecraft will have to punch through a crust as hard as a concrete sidewalk or as flimsy as corn flakes.

All they know with certainty is that the nucleus, or core, of the comet is three times as long as it is wide, and that they must crash into the sunlit side to capture pictures of the resulting crater and all the ice, dust and other primordial matter shooting out of the hole July 4.

Uncertainty over the comet's shape "has caused us some concern about, can we hit the comet," said Jay Melosh, a planetary geologist at the University of Arizona. Officially, NASA puts the odds of a bull's-eye at better than 99 percent.

"We hope we'll make a crater ... perhaps 300 feet in diameter, 100 feet deep, that we'll get through that crust and reveal the interior of the comet," Melosh said Tuesday. "But we don't know what comets are made of. We don't know how strong they are."

This $330 million mission should provide those answers, along with clues to the origin of the solar system 4½ billion years ago.

Because of the relative speed at the moment of impact — 23,000 mph — no explosives are needed for the job. The force of the smashup will be the equivalent of 4½ tons of TNT going off.

"The amount of energy of the spacecraft is about 10 times larger than an equivalent mass of TNT hitting the comet so we could pack it with explosives, it wouldn't make much of a difference," Melosh said. "Just by colliding with it, we're going to blast a big hole."

Deep Impact actually consists of two spacecraft, the SUV-sized mothership and the TV-sized impactor that will spring free one day before the Fourth of July strike. The mothership is equipped with the largest telescope ever destined for deep space, to record the impact from a safe 300 miles away. Ground observatories also will record the event, as well as amateur astronomers.

Both craft are shielded to protect against all the dust coming off the comet. Once on its own, the impactor will have to maneuver through this cloud of fine but potentially damaging particles to get out ahead of the comet and be run over by it.

Those last 24 hours will be the most perilous part of the journey.

"The last 20 minutes is when I'm going to really bite my fingernails," Melosh said.

"I'd even go with the last one minute," said A'Hearn.

The impactor will vaporize instantly when it hits, as will its small payload, a compact disc containing more than 500,000 names of people who wanted to tag along vicariously.

"Maybe this'll generate some, spark some interest at the elementary school level that, 'wow, there's a lot going on there that's not sports figures or personalities, but just, hey there's science out there that's really interesting and cool,'" said Henderson.

Henderson said launch day is like sending your child off to his first day of school.

"You're sending him out in the world hoping that you did everything right."