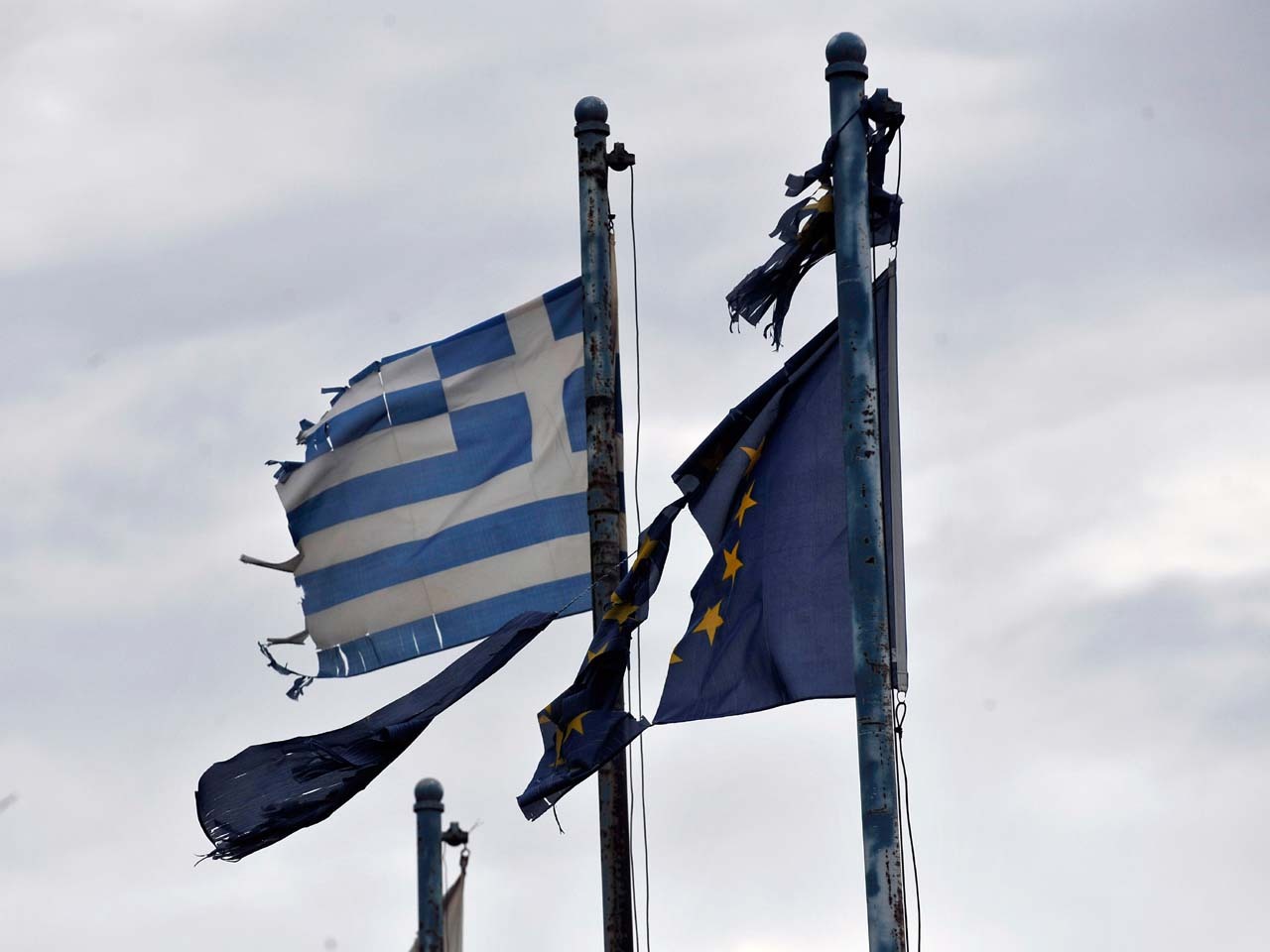 (AP) ATHENS, Greece - The EU Council President on Friday urged Greece to press ahead with promised economic reforms and improve tax efficiency, insisting that compliance will allow the debt-crippled country to stay in the euro.

Herman van Rompuy's comments in Athens came as austerity monitors from bailout creditors and the European Central Bank prepared for a new audit of the country's efforts to right its recession-mired economy and rein in runaway budget deficits.

Greece's conservative-led coalition government is rushing to finalize a new round of spending cuts for 2013-2014, without which it will stop receiving the vital rescue loans that have shielded the country from bankruptcy since May 2010.

The euro11.5 billion ($14.6 billion) package follows more than two years of deeply resented income cuts and tax hikes, and has prompted a flurry of protests from state employees, including judges, police, firefighters and university professors.

"These efforts must continue with additional structural reforms ... (that confront) monopolies and vested interests across the economy, and include an upgrading of Greece's tax administration."

Van Rompuy said the program would eventually "bring the Greek people a performing public sector," and a competitive and growing economy.

"As long as the Greek authorities stay fully committed to these objectives and deliver results, I can assure you that European institutions and each and every member state will remain committed," he said. "I have no doubt that Greece's future is in the euro area."

Samaras, who still has to talk his two restive coalition partners into fully backing the entire new package, said he told van Rompuy that "Greeks have reached the limit of their endurance, and their sacrifices must bear fruit."

Samaras, elected in late June, will meet the heads of the two center-left parties on Sunday, a day before talks with senior austerity inspectors from the so-called troika of the European Union, the International Monetary Fund and the ECB.

A positive report by troika officials would allow the release of a long-delayed euro31 billion rescue loan installment, without which Greece will be forced to default on its loans and probably leave the 17-country eurozone.

Samaras said it was particularly important that these funds, if approved, are released quickly. "This installment will mostly be used domestically and will contribute to boosting liquidity, which as we all know we need to (revive) our economy," he said.

Greece remains locked in a deep recession which by the end of this year is expected to reach a cumulative 20 percent since 2008. Unemployment is at a post-war record high, with more than 1.2 million people, or 24.4 percent of the workforce out of a job in June.

Despite repeated pledges over the past three years, successive Greek governments have failed to effectively address deeply ingrained tax evasion, mostly among self-employed professionals and entrepreneurs.

The Finance Ministry said Friday it would investigate in the next few days some 54,000 people who have sent a total euro22 billion to foreign bank accounts since 2009, when the crisis began. A ministry statement said inspectors would start with more than 3,000 individuals each of whom had sent at least euro1 million abroad.

Some 3,500 police will be deployed at the weekend in the northern Greek city of Thessaloniki, where unions are planning protests against the new round of austerity, which will include cuts in pensions and public service pay.

Police officers, themselves affected by the new measures, are planning their own demonstration in Thessaloniki.