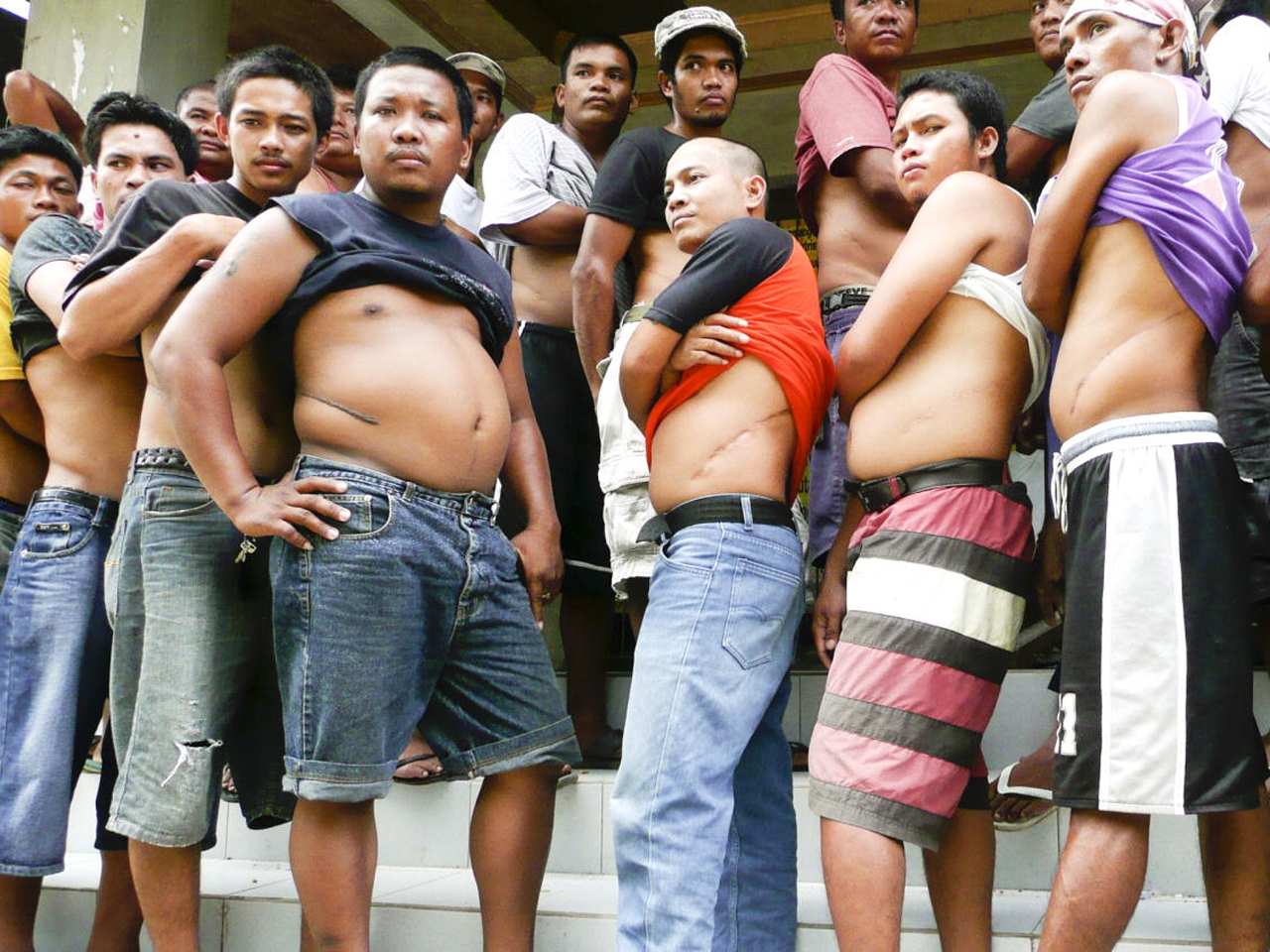 There's no denying that there is a shortage of organ donations in the United States. Government estimates show 18 people die each day waiting for a transplant, and every 10 minutes someone is added to the transplant list.

The need for kidneys is especially high. As of October 25, 98,463 people were waiting for a new kidney in the U.S., the most requested organ by far. Thus far this year, only 9,708 kidney transplants have been completed.

The beauty of kidney donation compared to other organs is that people are born with two of them, making possible donation from a living person. Other organs, like hearts, can only be donated from recently-deceased individuals. But, the fact that people can live a normal life with one kidney has helped the black market kidney trade flourish.

"Kidneys come in pairs, and we do know that people live with one kidney and seem to do okay, and when the surgery's done right, removing a kidney is a very safe procedure. Although deaths do occur," Dr. Arthur Caplan, the director of the division of medical ethics at NYU Langone Medical Center, told CBSNews.com.

"We all say, 'Oh everybody does fine, it's pretty minor,'" Caplan, who served as co-director of a United Nations/Council of Europe study on organ trafficking, continued. "You sometimes wonder, if it's so minor then how come so many kidney surgeons have two kidneys? Why aren't they giving up a kidney? The data shows that you can do okay, but if you do get a kidney injury or something happens, you are in trouble. Your biological life insurance is gone...if you had diabetes in your family and you got it later, or you had hypertension/high blood pressure, it isn't so clear that we know what the long term implications are for having one kidney."

Some argue that if the donor is made aware of all the potential risks and still consents, he or she should be free to sell a kidney. Advocates say if people are able to sell other body parts like hair or eggs, they should be allowed to get money for their organs.

And recent research suggests paying for organs could reduce societal health care costs long-term. An Oct. study showed that if people were able to pay $10,000 for a living kidney donation, medical costs -- such as related to dialysis treatments -- would go down overall and patients would get additional quality years of lifecompared to the current system.

However, the practice of getting paid for an organ is illegal everywhere except Iran.

In 2009, Levy Izhak Rosenblum pled guilty to the first-ever proven case of organ trafficking in the United States. The Newark, N.J. resident admitted that he helped get U.S. residents organs from donors in Israel for $120,000 or more. Rosenblum's lawyers argued that he was saving lives, and that both parties were fully aware of the risks and complications that came with transplants, donations and living with one kidney.

An HBO documentary "Tales from the Organ Trade," which will air on Nov. 4, follows one case of a Canadian man who went to the black market to procure a kidney and the doctor and nephrologist who helped perform the procedure. It also tells the story of the donor, an Eastern European woman, who says she's was fully aware of what she was doing when she agreed to sell her kidney.

Director, writer and producer Ric Esther Bienstock admitted that when she first learned about the black market organ trade, she was dubious about the practice. As she met more people and learned about the toll dialysis takes on a person, she started to understand why people were willing to do something illegal to obtain a kidney. She also began to understand why some impoverished individuals were more than willing to part with their organs in order to better their lives.

"The act itself -- suddenly it wasn't as clear cut for some of those people," she explained to CBSNews.com. "I began to think, maybe selling a kidney isn't the worst thing in the world unless we solve the problem of desperation on both sides of the equation."

Thirty-five year old Toronto resident Mary Jo Vradis admitted she contemplated getting an organ from the black market before getting a kidney three years ago. She had been on dialysis since she was 24, and her grandmother, mother and brother all suffered from kidney problems.

"When you're suffering, you tend to do research to see how you can make your life better," she told CBSNews.com. "You're always looking for different options."

It took nine years for her to get a legal transplant from a cadaver. Vradis said if she had to do it again, she doesn't think she could wait that same amount of time and would definitely go for the first kidney offered -- legal or not -- no matter what the cost.

Part of her problem was that she found two living donors who were willing to give her their kidneys for free, but the current system wasn't set up to support them, she said. One of her friends was told he would be denied life insurance if he donated the kidney. Another woman was a single mother, and would not be financially able to support her family if she took time off for the operation. Current laws prevent recipients from providing any payment.

"Why shouldn't they get paid for their time and their efforts?" Vradis argued. "They have to take off work. They're going to have to recover, and they're going to have expenses. There's a lot of people who I think would do it and I think money is a problem. You aren't allowed to pay for people, but why can't you pay at least for their expenses?"

Caplan believes that a payment system raises a red flag because many of those who are willing to sell their kidneys tend to be poor. If the kidney is removed and transplanted in an unregulated country, there's higher risks of complications for both parties. The donor might also suffer additional problems, and because they are poor to begin with, they might not have the resources to treat their new medical conditions.

"Who's going to run down and sell a kidney who has a job and is relatively well off?" Caplan said. "It's going to be poor people who do it, and around the world it's the poorest of the poor who do it. So, aren't you really taking advantage of their poverty to get a body part?"

Bienstock traveled to the Philippines, and found an entire town where people had willingly sold their kidneys for cash. While the majority of them ended up squandering their earnings, there was one man who improved his family's life with the money.

But, she disagrees with the notion that people are unduly forced into selling their kidneys because of their financial situation. While poverty may be the main motivation, this doesn't mean that they can't comprehend what they are giving up to give educated consent.

"Of course they're coerced by their own poverty, but just because they work in mines or clean our toilets doesn't mean by definition that they are incapable of making a decision," Bienstock argued.

Both Caplan and Bienstock believe that the current opt-in system of organ donations should be changed to an opt-out. Now, Americans select on their driver's licenses if they'd like to donate their organs, but they're calling for a system where everyone by default is a donor. The bioethicist noted that data show that most people are willing to be an organ donor, so the system should be changed, so the few who are against it can have their decision respected.

"When countries do that, they get more organs," Caplan said. "Instead of getting into all these wars about 'is the market okay,' 'am I going to exploit poor people' and 'can you sell your body parts,' why don't we try to shift to a default to donation?"

However, Bienstock believes that even if everyone registered to donate, the demand for all organ donations will remain unmet. She feels if we regulated the black market, more donors would be correctly informed about the risks and undergo the proper medical and psychological screenings that would be necessary to donate an organ.

"Yes, it's illegal, but the black market organ trade is also populated by all these people who are law-abiding," she pointed out. "Something else is driving people to do it other than money. The people who are selling kidneys, they are also getting a payoff in altruism."