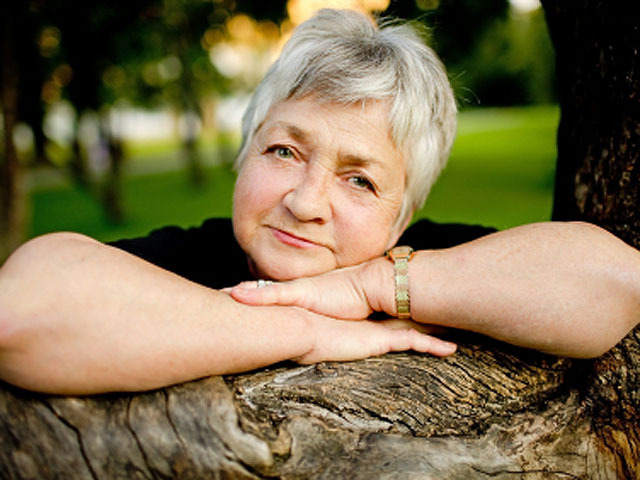 (CBS/AP) Estrogen therapy, a type of hormone replacement therapy, has been linked to a greater risk for heart attack and breast cancer in women by previous research. A new study however shows women who take estrogen following menopause actually had a lower risk of breast cancer - even years after the study.

The new research found women who had a hysterectomy who took estrogen-only pills for about six years were about 20 percent less likely to develop breast cancer than those who didn't take the hormone, and the benefit lasted for at least five years.

"If women are suffering from serious menopause symptoms and have had a hysterectomy, then estrogen alone is a reasonable approach," said study author Dr. Garnet Anderson, a professor of biostatistics at Fred Hutchinson Cancer Research Center in Seattle.

Women have long been prescribed estrogen pills after a hysterectomy or to relieve hot flashes and other symptoms of menopause, and the pills were once believed to be good for bones, the heart and have other health benefits.

For the 12-year study, published online in March 7 issue of Lancet Oncology, researchers tracked more than 7,600 postmenopausal women aged 50 to 79 who had a hysterectomy. Nearly half took estrogen while the other half took placebo pills for about six years. Most women in both groups had yearly mammograms.

Should all women consider taking estrogen to reduce their breast cancer risk?

Doctors say no, since the hormone comes with slightly higher chances of stroke and blood clots. Research published last year found those problems appeared to fade after women stopped taking the pills, HealthPopreported.

"Estrogen on its own appears to be safe," said Dr. Anthony Howell, professor of medical oncology at the University of Manchester, who co-authored a commentary in the same issue.

Scientists aren't sure why estrogen appeared to lower the risk of breast cancer, but Howell said altering the amount of estrogen in the body might help stop tumor growth, since fluctuating levels could interfere with tumor development.

Other experts weren't convinced. "It's inconsistent with the totality of evidence that finds estrogen increases breast cancer risk," said Valerie Beral, director of the cancer epidemiology unit at Oxford University. She said the analysis was a subset of a larger trial that wasn't designed to specifically look at breast cancer.

"If you want to take hormone replacement therapy, estrogen-only has a much lesser effect on breast cancer than with progestin," she said. "But to say it protects against breast cancer is wrong."

The link between breast cancer risk and estrogen therapy dates back to the 1990s, when a large U.S. funded study, known as the Women's Health Initiative, began tracking the effects of estrogen-progestin combination pills and estrogen-only therapies. The estrogen-progestin part of the study was stopped in 2002 when the combo pill was linked to higher risks for heart attacks and breast cancer. In 2004, the estrogen study was halted after researchers detected stroke and blood clot risks in that group.

Those results shook up conventional wisdom about hormone replacement therapies and led women to stop taking them in droves. Now the advice is to take the hormones to relieve symptoms at the lowest dose possible for the shortest amount of time because of the potential risks.

Estrogen-only pills are recommended for the approximately 25 percent of women in menopause who have had hysterectomies. Other women are prescribed the combo pill: estrogen alone can raise their risk of cancer of the uterus.

The Mayo Clinic says that for women who reach menopause prematurely, the protective benefits of hormone therapy may outweigh the risks. Women should discuss their personal risks with their doctor if considering hormone replacement therapy.

WebMD has more on estrogen therapy.