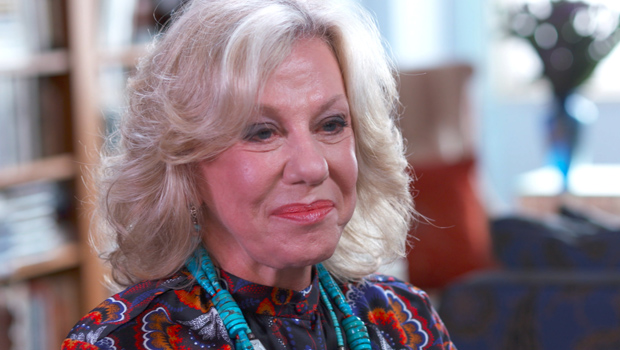 The provocative author Erica Jong's writing is not for the faint of heart ... nor is what she's been known to say, as Rita Braver found out:

"By most people who review books and write book chat, I was the 'Happy Hooker' of literature," said Erica Jong.

That lack of respect for her writing still rankles Jong, who in 1973 became a sensation when she published an audacious novel called "Fear of Flying." Her heroine, Isadora Wing, a writer (like Jong herself), dared to think the same lusty thoughts as generations of male characters.

She created a phrase that's gone down in history, which on television will be referred to as the "Zipless F-word."

"The 'ZF' is the fantasy that you see a really handsome stranger on a train," Jong explained. "You wrap your arms around each other, clothes fly off as if by magic. And as Isadora says in 'Fear of Flying, 'And I have never had one.' Now how did that go from, 'And I have never had one,' to 'If the Erica Jongs of this world have their way, women everywhere will be hopping from bed to bed to bed to bed'? Did nobody read the book?"

Well, actually, more than 27 million people DID read the book! And now, more than 40 years later. at age 73, she's back with "Fear of Dying," this time about issues of vitality and mortality facing an aging former actress.

As Jong told a rapt audience in suburban New Jersey, her heroine, Vanessa Wonderman, must cope with aging parents, an ailing husband, and her own intense sexual desire:

"Women were not allowed to have passion at sixty. We were supposed to become grandmothers and retreat into serene sexlessness. Sex was for twenty, thirty, forty, even fifty. Sex at sixty was an embarrassment."

So, in a sly nod to Jong's first book, Vanessa signs up for a sex website called Zipless.com.

In scenes both serious and hilariously funny, Vanessa meets a parade of "meshugenahs," Jong says. "One of them wants to be her personal slave. He says he'll put rocks in her shoes and clean her toilets. And she says, 'This is not what I was looking for.'"

"My parents were nudists -- not officially, but around the house they never put clothes on," Jong said. "My mother was a wonderful painter, designer, sculptor. My father [who'd founded a successful giftware business] was then a songwriter and a pianist and a drummer."

After two girls were born, the second being Erica, her mother said, "Seymour, time to do something else."

After college at Barnard, Jong published two books of poetry. Then came "Fear of Flying," so revolutionary that Mike Wallace and "60 Minutes" took note...

Wallace: "You're writing about what George Orwell calls the 'dirty handkerchief side of life.'"
Jong: "That is the subject of the novelist. If you throw out those things, if you throw our the smells, the tastes, you lose half of the texture of reality."

Jong has written a lot more poetry, novels and non-fiction, including a memoir called "Fear of Fifty." She has a daughter, two grandchildren, and dwells high above Manhattan: "I've been living here almost as long as we've been married," she said.

Jong's husband of 26 years is family lawyer Ken Burrows. They're each other's fourth (and they insist last) spouses.

"What do you think made this one last?" Braver asked.

"Laughter, loyalty. We crack each other up," Jong replied.

Burrows recalled, "In one of our earliest dates, we were sitting in a restaurant, and Erica said, 'I'm frightened you're gonna get angry if I write about you, and you're gonna try and stop me from writing about you.' I reached for a napkin, and I wrote out a general release giving Erica permission to write about me and agreeing on the same release that I would never interfere with her doing so."

So, does he like what she writes about him? "I like how she writes, about me or about anybody else!" he replied.

And Erica Jong plans to keep writing. Though it's been four decades since she first made her mark, "Fear of Flying" has become shorthand now in this country for when somebody's afraid to take a risk.