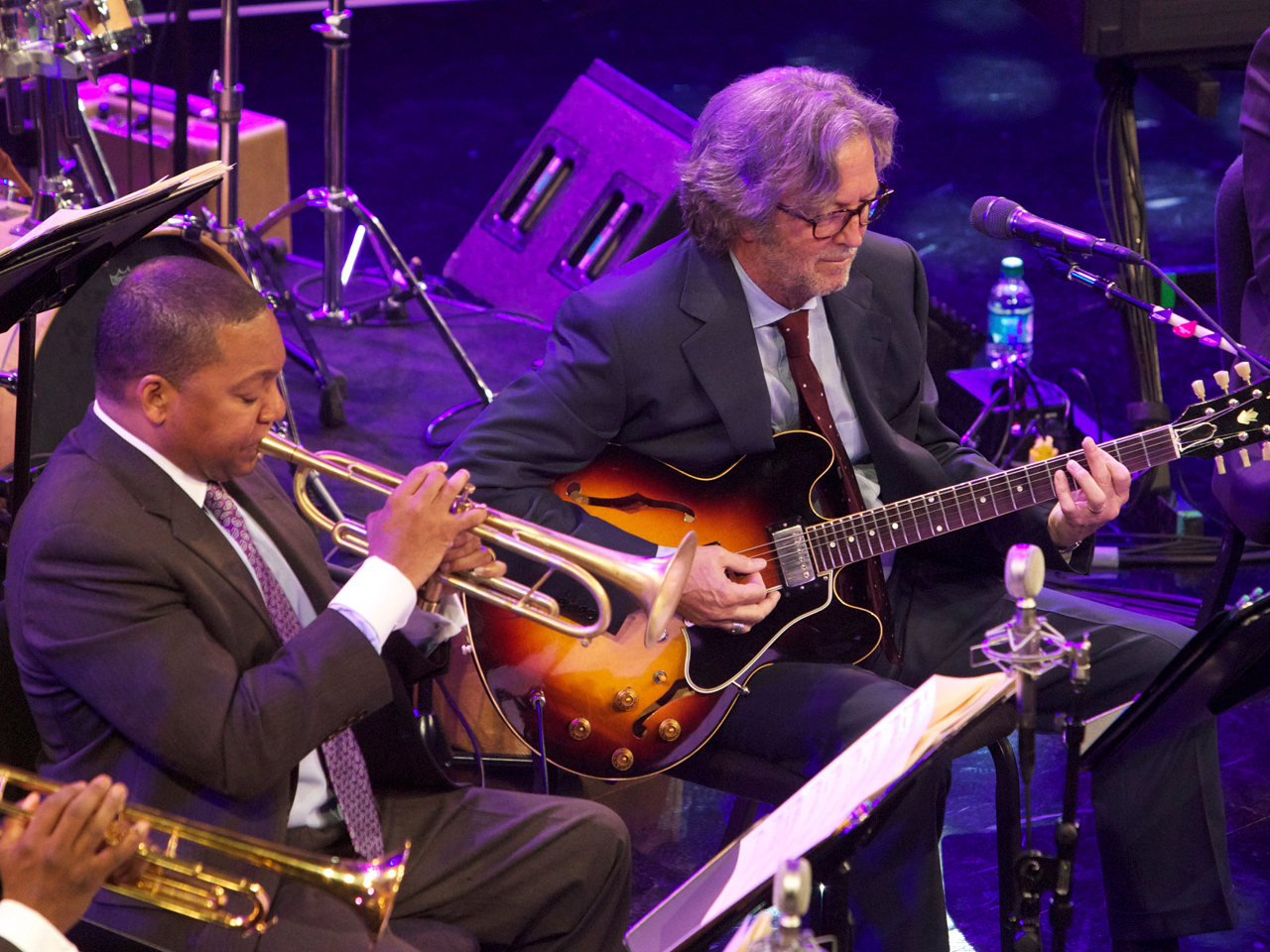 (CBS/AP) NEW YORK - Eric Clapton has been a hero to blues and rock listeners for years. Maybe now he's a hero to jazz fans, too.

Clapton fulfilled a childhood fantasy as the rock god turned to jazz with a performance with Wynton Marsalis and the Jazz at Lincoln Center Orchestra.

The performance on Thursday was a benefit for the orchestra. The hour-long concert featured Clapton playing songs like "Corrine, Corrina" and "Joe Turner's Blues." He also did a jazzed-up version of his classic "Layla."

An admittedly nervous Clapton revealed that his love of jazz music went back to his childhood. He said he wanted to be in a jazz band when he was a kid, but the guitar took him away.

Marsalis praised Clapton for not only donating his time for the event, which raised $3.6 million, but also for his deep knowledge of the genre.