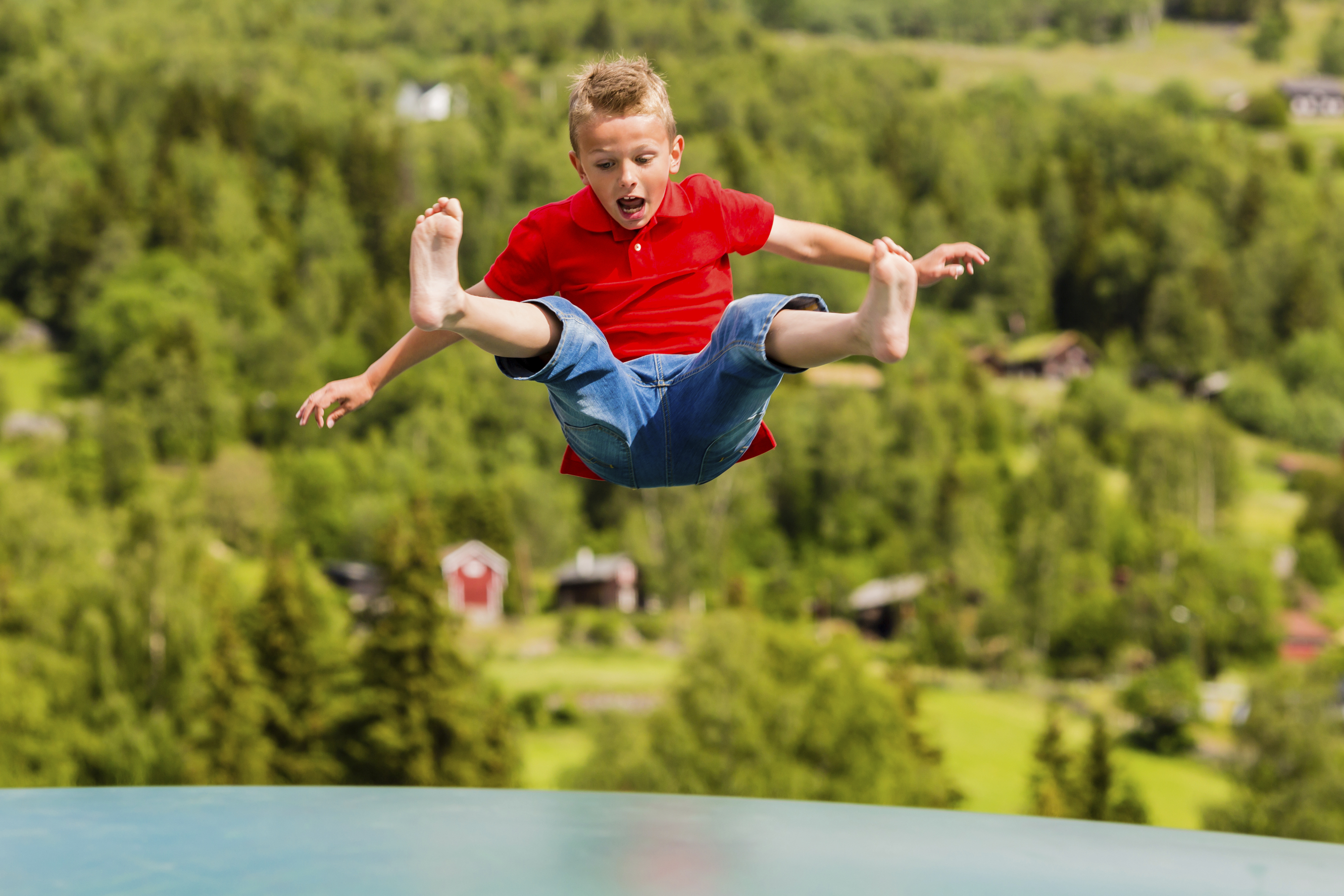 Trampoline parks have increased in number and popularity in recent years, and unfortunately, so have trampoline-related injuries, according to new research.

A study published today in Pediatrics found that emergency room visits in the U.S. for trampoline park-related injuries jumped more than ten-fold from 2010 to 2014.

Lead study author Dr. Kathryn Kasmire, an emergency physician at Connecticut Children's Medical Center, said that as new trampoline parks opened in the hospital's local area over the past few years, she noticed more children with trampoline-related injuries coming to the ER.

"What really made us want to study this is that we were surprised that some of the injuries we were seeing were pretty serious," she told CBS News.

For the study, Kasmire and her colleagues analyzed emergency room reports from a national database to estimate the total number of trampoline-related injuries both from parks and trampolines at home.

They found that although injuries from home trampolines remained steady over the study period, emergency visits from trampoline parks skyrocketed. There were nearly 7,000 trampoline park-related injuries in 2014, compared to about 580 in 2010.

Patients injured at trampoline parks were more likely to be males, with an average age of 13.

Most of the injuries were leg injuries, including strains and fractures. Kids injured at trampoline parks were less likely to have head injuries than those injured on trampolines at home, but the severity of park-related injuries was concerning, the authors said.

"Our marker for this was the hospital admission rates," Kasmire said. "We found that about 1 out of every 11 kids that ended up in the ER for their trampoline park injuries ended up being admitted."

The authors note that the number of trampoline parks across the country rose rapidly over the years included in the study period. According to the International Association of Trampoline Parks, there were only 35 to 40 such parks in existence in 2011. By 2014, that number had increased to 280, and with five or six new parks opening each month, there's a good chance the number of injuries will continue to rise.

The American Academy of Pediatrics recommends against recreational trampoline use by children. But for those who do jump, the group advises a number of safety precautions, including constant adult supervision, protective padding on and around the trampoline, avoiding flips and somersaults, and allowing just one jumper on the trampoline at a time.

She told CBS News that Texas Children's continues to see "a substantial number of trampoline-related injuries, including abrasions, lacerations, sprains, fractures, and head and neck injuries."

Leaming-Van Zandt advises all parents to read and understand the risks associated with kids jumping on trampolines, and urges them to watch their children closely if they allow them to go to these parks.

"Although staff and employees may be present and available at some trampoline parks, parents should continue to actively monitor their children for risky behaviors and activities," she said.

She also recommends children under the age of 6 not be allowed to use trampolines.

Safety guidelines vary from park to park, with some limiting the number of jumpers per trampoline and discouraging flips and somersaults while others allow them. The researchers say their data could help in developing uniform safety guidelines for trampoline parks.

Leaming-Van Zandt, too, believes that trampoline parks could do more to keep kids safe.