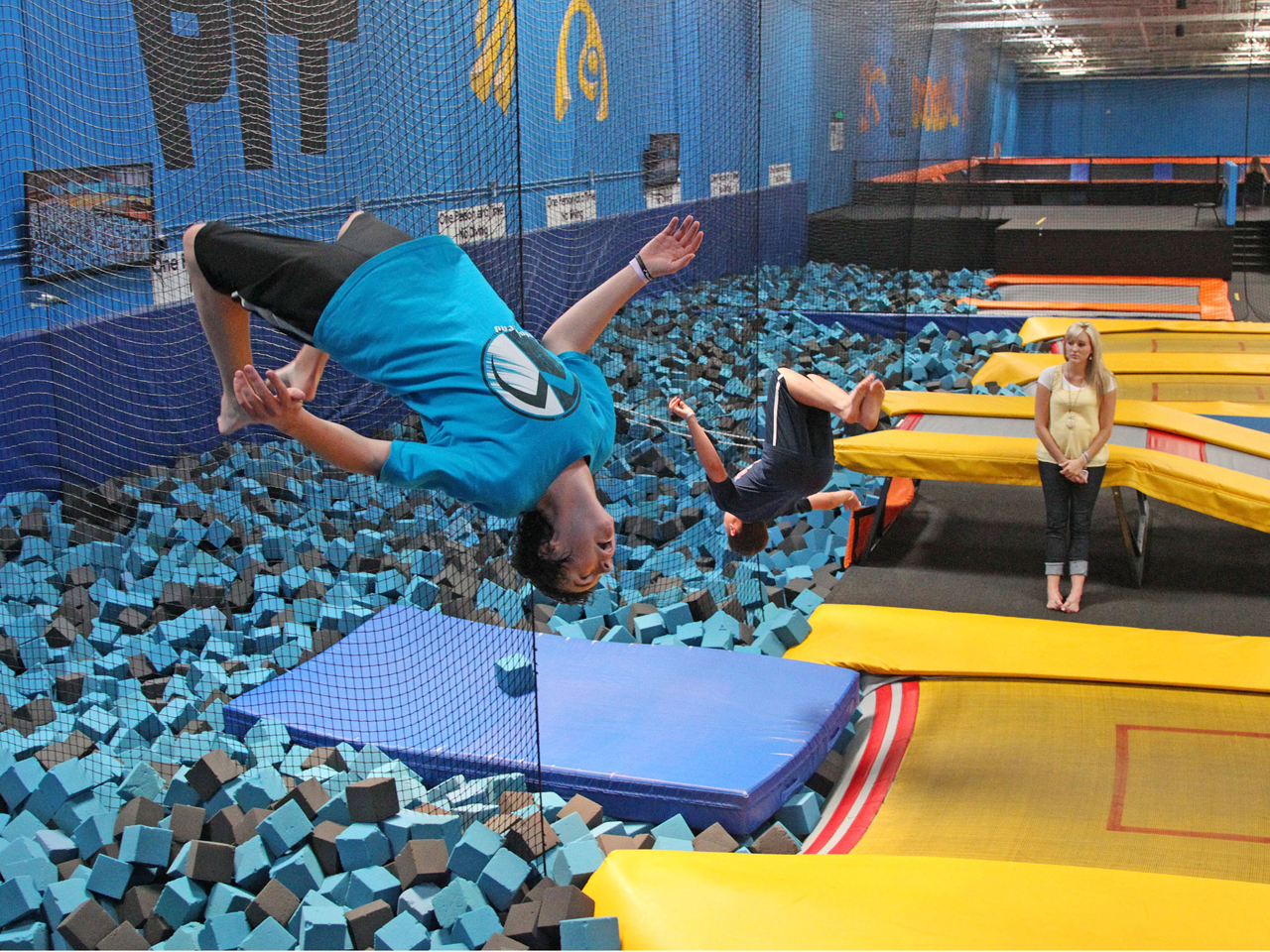 PROVO, UtahLocal authorities in Utah and California are cracking down on trampoline parks amid rising rates of injuries caused by the bouncy equipment.

Last Sept., the American Academy of Pediatricsdiscouraged against the recreational use of trampolines, after finding evidence for risk of major injuries like shin and chest fractures, ankle injuries, spinal injuries and head and neck injuries which in rare cases resulted in brain damage.

Stephen Merrill was older than kids measured in those statistics when his injury occurred.

The 22-year-old Provo resident was finishing his freshman year of college two years ago when he and a group of friends went to an indoor trampoline park in Utah for a day of flipping, jumping and bouncing.

At one point, Merrill leaped from a platform into a pit full of foam blocks, and he shot right through them and landed on his head, breaking vertebra in his neck. He was left paralyzed from the neck down.

His injury underscores the recent warnings from doctors and government officials about the dangers of the jump gyms. Some areas have launched a heightened effort to regulate indoor trampoline parks as they have become a popular rain-or-shine suburban entertainment for birthday parties and summer camps.

Citing broken necks, shattered leg bones and one death, some doctors say the parks are dangerous and can lead to serious injuries that eclipse any benefits. Governments are taking notice, with proposed regulations in Utah and California among the first attempts in the country to address concerns about safety in the burgeoning industry.

Operators of the trampoline gyms say severe injuries are rare and safety fears are overblown. They claim an injury rate lower than organized sports such as baseball or soccerand point out the gyms offer a place for adults and kids to have fun and get much-needed exercise.

The parks are typically giant warehouses filled with a series of trampolines that allow customers to bounce every which direction, slam-dunk basketballs and do gymnastics moves. Some parks feature angled trampolines sloping up the sides and pits filled with brick-size foam blocks. The industry has grown rapidly, from a handful of centers in the Western U.S. in 2007 to about 160 throughout the world, according to ASTM International, a standards-development organization.

Emergency room doctors in one Utah county say that's not enough, and they've asked the health board to step in.

"You'll see a lot of these very severe, open wounds that you don't see unless you're in a high-velocity type of injury," Dr. Craig Cook, trauma director at Utah Valley Regional Medical Center. "This is like a war type of injury or a motor vehicle crash."

Trauma staff at the hospital say they saw 52 injuries requiring multiple doctor visits from area jump gyms from May 2011 to November 2012, according to their emergency room records. Most of the patients are young men around 19 years old, they say, and have had injuries such as dislocated feet, brain hemorrhaging and paralysis.

Misty Uribe, who manages Lowes Extreme Air Sports in nearby Provo, said her gym already follows many of the health board proposals, but she's concerned the industry has been unfairly targeted.

Uribe said her center sees few injuries compared to the number of people that participate, citing one major injury for every 20,000 visitors. That was Merrill, and she said his jump violated the facility's rules but that the location still took steps to make the pits safer.

"My concern is, once they start with this, where is it going to end?" she said of the proposed regulations.

The Utah County Health Board is considering proposals that stipulate gyms must supervise the activities, report their injury rates to the county and warn jumpers about the risks beyond having them sign a waiver. The board will have a public discussion on the proposals this fall.

"We do feel like we have an obligation to inform the public about safety risks out there, especially when it's just open to general public," said Dr. Joseph Miner, executive director of the Utah County Health Department.

The Utah proposals are partly modeled after legislation pending in California that would create an inspection program for the parks akin to regulations for amusement park rides, in addition to requirements about insurance, employee training and injury reporting. The bill has been promoted by a Coronado woman whose 30-year-old son died days after breaking his neck at an Arizona trampoline park in 2012.

In Orem, the jump gym Get Air Hang Time has posted signs warning of rules and risks of "serious catastrophic injury or death" from the activity. In addition to requiring participants to sign a waiver, the gym requires jumpers to watch a safety video.

"We try to make sure that people understand what this activity is all about and that the risks are there just like any other recreational activities," owner Aaron Cobabe said.

Cobabe said his gym saw more than 150,000 visitors from July 2012 to July 2013, but during that time had about 11 major injuries that required multiple doctor visits.

"The vast majority of people that come in our facility," he said, "enjoy the activity and leave without any injuries."