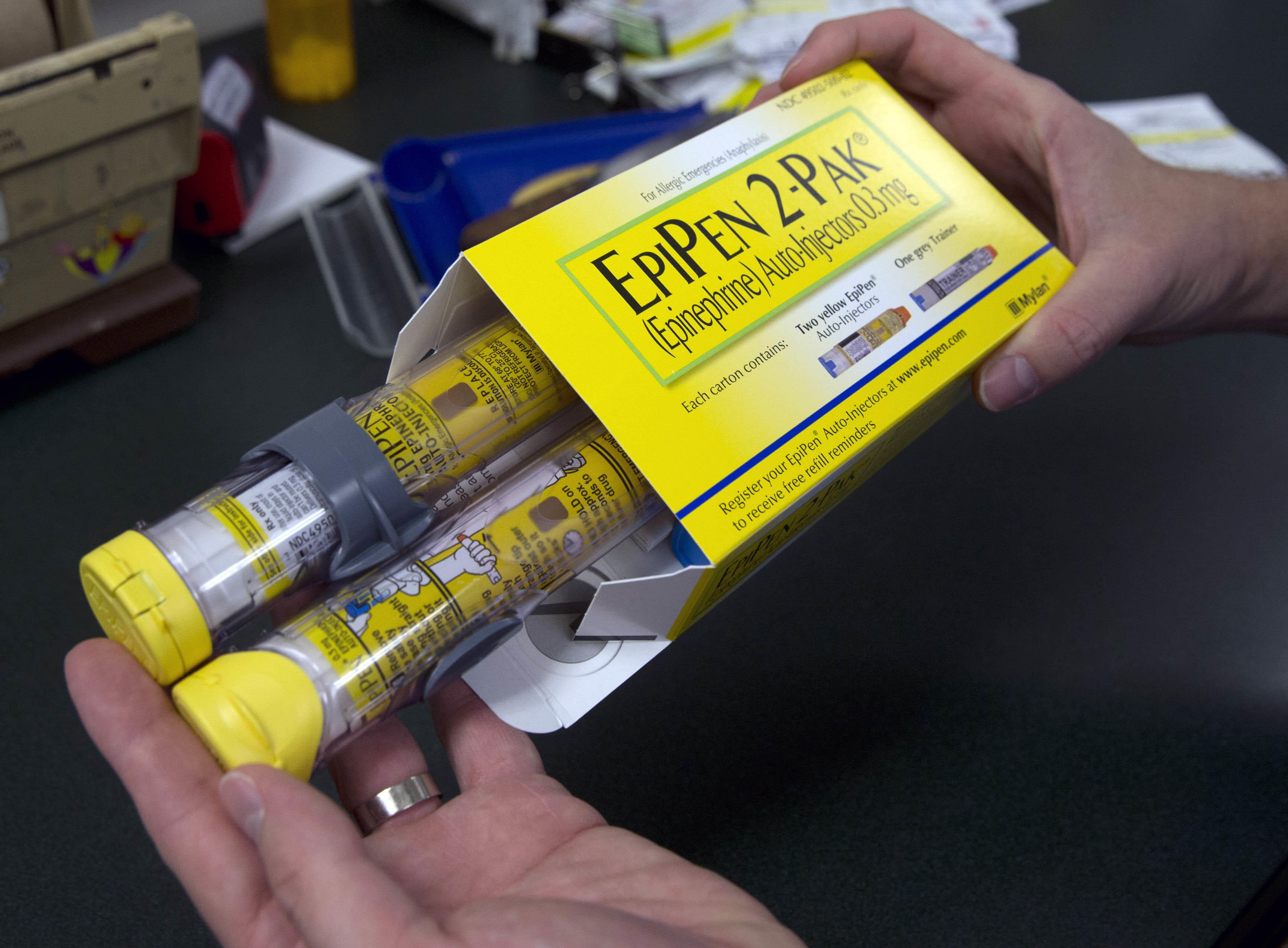 A new USA Today report alleges that the mother of Mylan CEO Heather Bresch helped the company establish a near-monopoly in schools, as the head of a National Education group.

Mylan has called the report “factually inaccurate in its core premise.”

This comes as Bresch is set to testify Wednesday on Capitol Hill about the massive increase in the cost of the EpiPen.

There are very few things that Republican Congressman Jason Chaffetz and Democratic Congressman Elijah Cummings have historically agreed upon. But if you ask them about the cost of the EpiPen, they share the same concerns, reports CBS News correspondent Vinita Nair.

“I think it’s about greed, that’s why I call it blood money,” Cummings said. “I think that when you are talking about life and death, if you cannot bridge a divide then, you’ll never bridge it.”

“I can’t even begin to imagine a parent who’s forced to take a risk with the very life of their child,” Chaffetz said.

Both congressmen will question Bresch on the company’s decision to increase the price of the auto-injector. The wholesale price of a two-pack, which was about $100 in 2009, is over $600 today.

After “CBS This Morning” reported on the EpiPen’s price hike, Mylan announced it would increase the value of coupons for many customers, and launch a cheaper generic version of the device.

“It was very exciting to see that we weren’t paying the full price with our insurance,” said Justin Henegar, a father with two children with severe allergies who depend on the drug.

We first met the Henegar family last month as we initially looked into the soaring prices. They’ve since been able to purchase their EpiPens for half the original cost, using the newly released coupons provided by Mylan.

“But it wasn’t quite what we were looking for from the company. We were hoping that they would just lower the overall price,” said mother Lexi Henegar.

The Henegars said they’re worried that their costs could go back up if Mylan’s coupons disappear. Emory University health economist David Howard said there’s another concern about future costs.

“Insurers are still going to have to pay the full price. They may get some of that back in rebates. But that will ultimately come back to consumers in the form of higher premiums,” Howard said.

According to her prepared remarks, Bresch is expected to tell lawmakers: “I wish we had better anticipated the magnitude and acceleration of the rising financial issues for a growing minority of patients…” saying “we never intended this.”

That likely won’t be enough to quell the criticism on Capitol Hill.

“What’s the number one question you want her to answer tomorrow?” Nair asked.

“Oh, I’m not telling you yet,” Chaffetz said, laughing.

“Do you both enter, though, with something you need to…” Nair started to ask as Cummings added, “That’s what I want to know, why? And what would you suggest we do? Because we have to do something.”

Lawmakers today will also question a representative from the Food and Drug Administration about what it can do to speed up the approval process for potential generic competitors.

How United plans to deal with overbooked flights