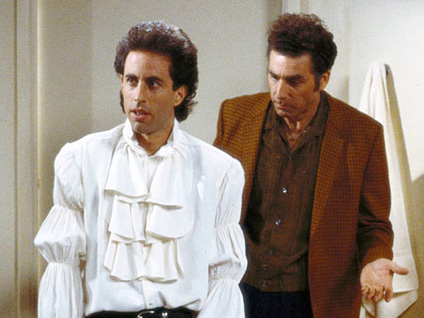 The Environmental Protection Agency announced Friday that 224 counties in 20 states and the District of Columbia don't meet new air quality health standards because of microscopic soot from diesel-burning trucks, power plants and other sources.

The regulations will affect an estimated 95 million people in the United States and are meant to help relieve respiratory and heart ailments from breathing fine soot.

All but three of the states — Missouri, California and Montana — are east of the Mississippi River. States have until 2008 to come up with new plans for reducing the fine particle pollution and must act quickly to meet the new government standard by 2010.

In severe cases, the EPA could grant five-year extensions, letting states take up to 2015 to comply with the new rule.

The largest concentrations of counties in noncompliance with the new standard are in the Los Angeles basin and interior central California; the urban corridor from New York City to Washington, D.C.; the region extending from Cincinnati to Pittsburgh; the Ohio River Valley; Atlanta; St. Louis; Chicago; and Detroit. The only other Western area was a small corner of northwestern Montana, listed because of mining activities near Libby, Mont.

Outgoing EPA Administrator Mike Leavitt announced the list, which included 19 fewer counties than the agency identified in a preliminary report in June.

"This is not a story about the air getting dirtier. It is a story about higher, more stringent standards and healthier air," Leavitt told a news conference. "We're going to implement over the course of the next few months new national tools. In essence we're going to do the same thing for smokestacks that we have done for tailpipes."

In May, governors submitted to EPA a list of 141 counties they viewed as failing to meet the soot requirements. EPA broadened that to include many other counties, not because their air is too dirty because their pollution contributes to nearby areas out of compliance.

Counties were placed on the list or removed due to factors such as emission rates, recent air quality, population density, traffic and commuting patterns, expected growth, weather and geography, legal boundaries and the level of pollution controls.

Leavitt emphasized that the agency was for the first time specifically regulating for fine particles, or soot, that are 2.5 micrometers in diameter, or 30 times smaller than human hair. EPA considers it potentially the most significant air quality health standard, because soot can penetrate deeply into the lungs.

The regulations have been a long time coming, as they were first laid out in 1997 by the Clinton administration but held up for years because of court challenges by industry that went all the way to the Supreme Court, which upheld the standard. They are also meant to update and complement the 1987 standard for reducing soot particles 10 micrometers in diameter, or one-seventh smaller than human hair. Those had mostly targeted dusty air from things such as mining tailings, factory debris, unpaved roads and windblown dust.

According to EPA, the new standard will prevent at least 15,000 premature deaths, 95,000 cases of bronchitis and 10,000 hospital admissions for breathing and heart diseases.

Environmentalists say, however, that states will find it tough to impossible to meet the standard without accompanying action to reduce soot pollution from power plants. President Bush decided last week to delay putting in place at least until March a companion regulation he had promised on the campaign trail that would address soot drifting among states.

"This is also a story about EPA failing to finalize rules to clean up power plant pollution," said Michael Shore, an air policy specialist at Environmental Defense, an advocacy group. "The Bush administration frankly deserves a lump of coal for its failure to protect the health of our children from power plant pollution."