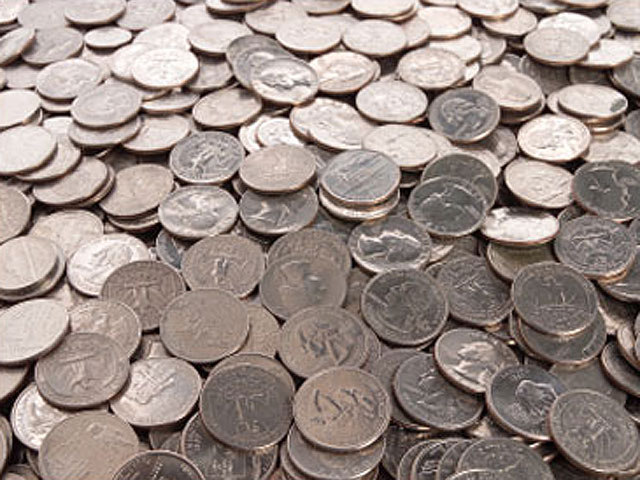 (CBS/AP) SALT LAKE CITY - A pair of "enterprising" thieves used a powerful vacuum to suck quarters out of a coin-operated machine at a car wash, police said Wednesday.

The duo drew the suspicion of a passing police officer and failed to make a clean getaway.

"They had a good plan. They were enterprising. If they were successful they could have returned night after night," said Sgt. Gary Young in the Salt Lake City suburb of Cottonwood Heights. "More often thieves just use a crowbar. They get an A for effort but an F for execution."

Young said what gave the men away was a crude attempt at altering their vehicle's license plates. They used a piece of black electrical tape to change a "D" to a "B," the Sgt. said.

The bandits were at work for about 12 minutes, sucking coins out of the coin dispensary of a stand-alone vacuum cleaner at the car wash, Young said.

They used their own shop vacuum to do the work, he said. It was powered by an inverter rigged inside their Jeep SUV to produce household current.

Police haven't counted their stash of quarters yet. Young said the coin-operated machine probably held no more than $30.