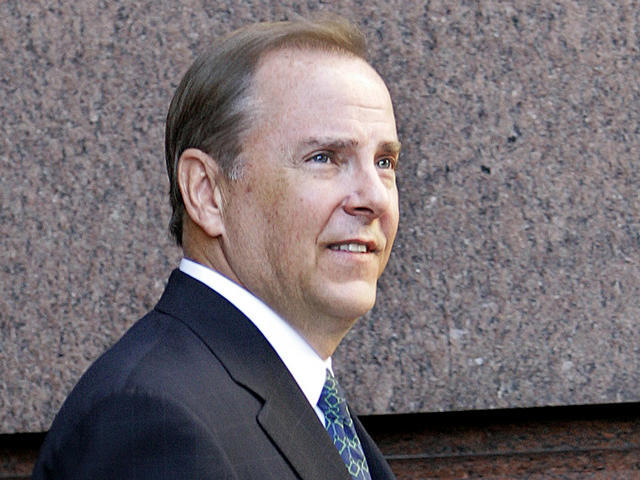 (CBS/AP) Former Enron President Jeffrey Skilling has asked for a leave from prison to attend the funeral of his son John Taylor Skilling, after the young man was found dead in his Southern California apartment this week, according to a report.

The 20-year-old was found dead Tuesday in his Santa Ana home around 10:30 p.m. Paramedics found bottles of prescription medication near the younger Skilling.

Daniel Petrocelli, Jeff Skilling's attorney, has said that he asked the Federal Bureau of Prisons that his client be allowed out to attend the funeral, according to CNN.

there was no indication of suicide or foul play, and described it as "tragically accidental" according to Bloomberg news.

After becoming concerned when Skilling did not arrive for a planned dinner, friends called police.

The younger Skilling, who went by J.T., was a sophomore at nearby Chapman University and the youngest of Skilling's three children.

A comedy movie was queued up on the young man's computer screen, according to Petrocelli. "He didn't have any major issues. He just a healthy, young college kid and just a wonderful young man. This is very, very tragic," Petrocelli said.

Friends said he had been distraught after breaking up with his girlfriend, Bertagna said.

The Orange County coroner's office was waiting for toxicology tests that could take up to six weeks before determining the cause of death, said Jae Simon, a forensic supervisor.

Jeff Skilling, 56, was the highest-ranking executive to be punished for Enron's downfall and is currently serving a 24-year sentence in federal prison for fraud, insider trading, conspiracy and lying to auditors.

Company founder Kenneth Lay's similar convictions were vacated after he died of heart disease less than two months after trial.

Enron's 2001 collapse into bankruptcy, under the weight of years of illicit business deals and accounting tricks, put more than 5,000 people out of work, wiped out more than $2 billion in employee pensions and rendered worthless $60 billion in Enron stocks. Its aftershocks were felt across Houston and the energy industry.