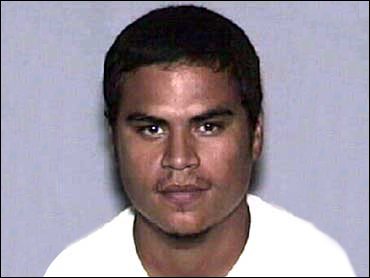 
By labeling Jose Padilla (a.k.a. Abdullah al-Muhajir) an "enemy combatant" and transferring him from civilian to military control, the government bought itself some time to figure out what to do with the guy officials think had begun to plan a terrorist attack in America. Now the feds can question Padilla more aggressively, without much or any intervention by any defense attorneys, and perhaps generate more incriminating evidence against him or any other suspects believed to be similarly scouting out terror targets and weapons.

But the move comes at the cost of legal clarity and raises many more political questions than it answers. For example, why did the authorities wait over one month – Padilla was arrested on May 8 -- before transferring control of him to the Armed Forces? Was it because of the enormous political pressure brought to bear against the government for its intelligence failures pre- and post-September 11th? Or was it because, as the Washington Post suggested Tuesday, Padilla was scheduled to appear in a closed hearing before a federal court judge later this week, at which time the government may have had to tip its hand about the evidence prosecutors say they have against him?

Deputy Defense Secretary Paul D. Wolfowitz conceded yesterday that the authorities believe that Padilla's alleged plot was in the "initial planning stages" and CBS News has learned that a "dirty bomb" was not necessarily the only weapon whose use Padilla allegedly was contemplating when he was captured. At some point, an illegal conspiracy is not yet an illegal conspiracy and it certainly is conceivable that there simply isn't enough credible, admissible evidence at this time to hold Padilla under federal court jurisdiction. So faced with a choice between possibly losing a court hearing and having to let him go or putting him on ice for a while at a secure Navy base, the government appears to have chosen the latter. It's essentially shelved the "problem" until it figures out what to do. Makes sense, right?

Right. Except there sure isn't a lot of legal precedent or certainty about what the Administration has just done. Padilla is now in legal limbo -- beyond the jurisdiction of the federal court system but now in a military system that cannot under law prosecute him because he is a U.S. citizen. President Bush signed papers over the weekend declaring Padilla an "enemy combatant" but that doesn't mean he can be tried before a military tribunal. The President expressly precluded U.S. citizens from the scope of his tribunal order last fall. Nor can Padilla otherwise be tried under military law since he is not a "soldier" under the laws of war. And if the government takes the position that he is a soldier, it would have to take a similar position in the John Walker Lindh case and that might mean the dismissal of several charges against Lindh.

So can't the President simply "amend" his executive order to widen the scope of people subject to military tribunals? Sure he can. But if he does, he'll immediately open the executive branch up to the kind of judicial second-guessing that the tribunals were supposed to preclude in the first place. There are enough legitimate legal questions about the authority of the President's existing tribunal order -- the one which applies only to non-citizens. It will be challenged almost as soon as it is used against such a non-citizen. Can you imagine the legal heat, then, if the order were expanded to include US citizens as well? Can you imagine the political heat, from both the right and the left?

The Administration went out of its way Monday to emphasize that the President's classification of Padilla as an "enemy combatant" was rooted in Supreme Court precedent. That's true, but only to a point. The Ex Parte Quirin case upon which the Administration relies occurred after a Congressional Declaration of War, not present these days in the war on terror, and the Supreme Court in 1942 was not asked to resolve the question of whether a suspect apprehended while an executive order precluded his appearance before a military tribunal could then be sent before such a tribunal. Typically, the government is not allowed the change the law in the middle of a case.

By immediately relying for support on the Supreme Court, however, the Administration seems to have hinted that the Justice Department's next move may be to argue that the law governing the tension between tribunals and the Constitution goes well beyond what the President's tribunal order authorized last fall. The argument would be that the Supreme Court ought to embrace the use of military tribunals for citizens and non-citizens alike but the pitfall, again, would be that the Administration would be asking the federal courts to sign off on a procedure the executive branch wants to keep solely within its own domain. This is tricky stuff -- uncharted territory for all involved -- which is why at the outset of this case there are so many more legal questions than there are answers.

So now Padilla sits in indefinite confinement on a Navy base. He may never face trial, Defense Secretary Donald Rumsfeld said Tuesday. But that doesn't mean we've heard the end of him; that he'll simply fade into the oblivion of a terror-war detainee. If the Administration doesn't sort out his status and his procedural future relatively soon, someone eventually will file a motion on al-Padilla's behalf in a federal court in Virginia or wherever else Padilla winds up asking a judge to sort out the suspect's constitutional rights as a citizen. The ultimate question then will be who gets to label a U.S. citizen what and in what fashion and the choices are: the President or the Courts. So it's fair to say that the Administration's bold move Monday all but guarantees a confrontation between the judicial branch and the executive branch; a confrontation that appears as certain to occur as the next confrontation between America and her terrorist enemies.